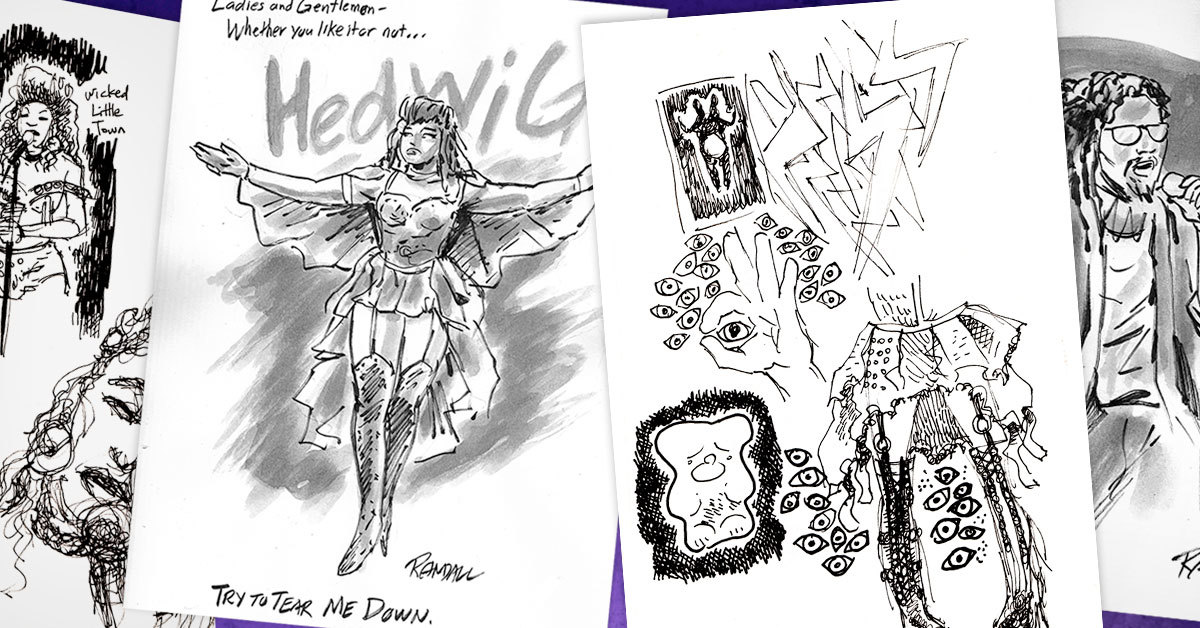 We invited local comic artists to a dress rehearsal of Hedwig and the Angry Inch to sketch their impressions of the show. The results are below, along with a little background on each artist.

Indigo is a life-long cartoonist and game designer, living and working in Portland since 1997. More information and samples of his work can be found at lunarbistro.com. 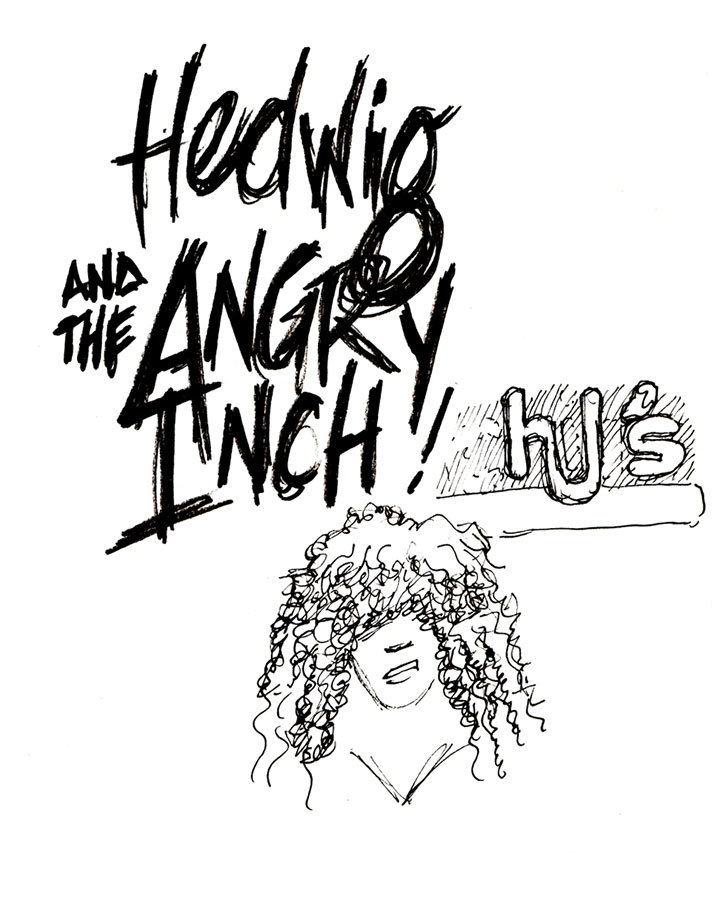 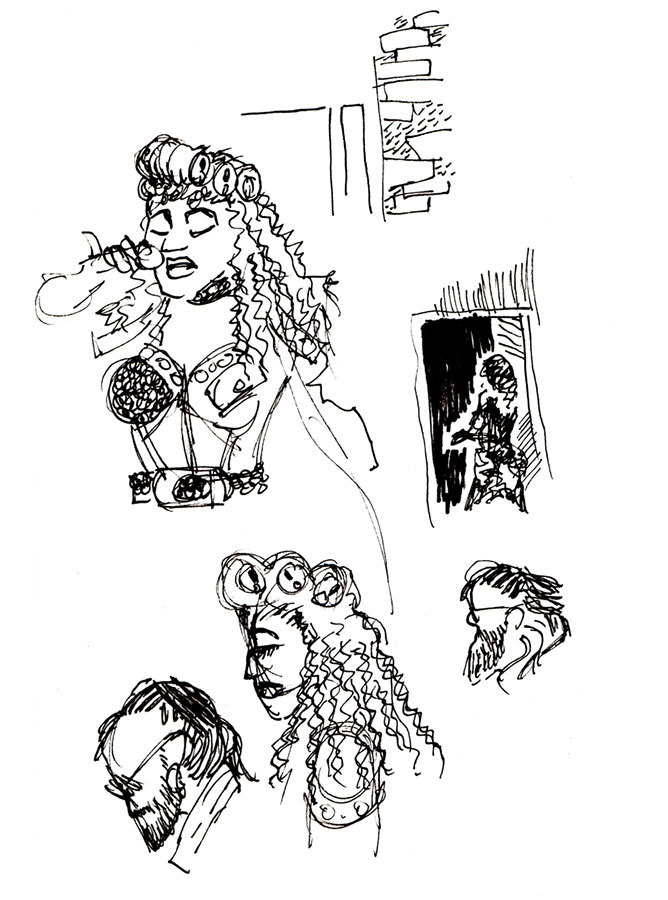 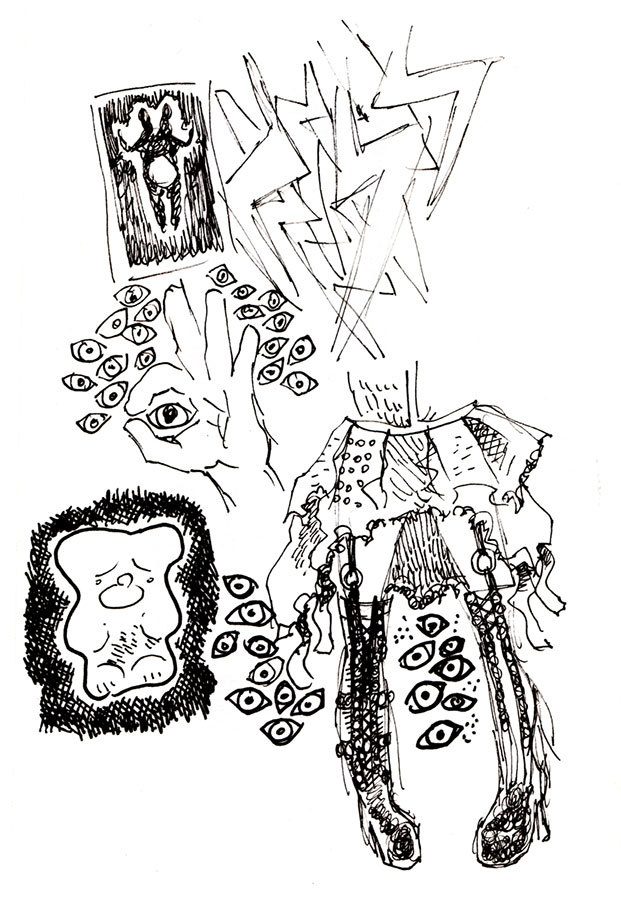 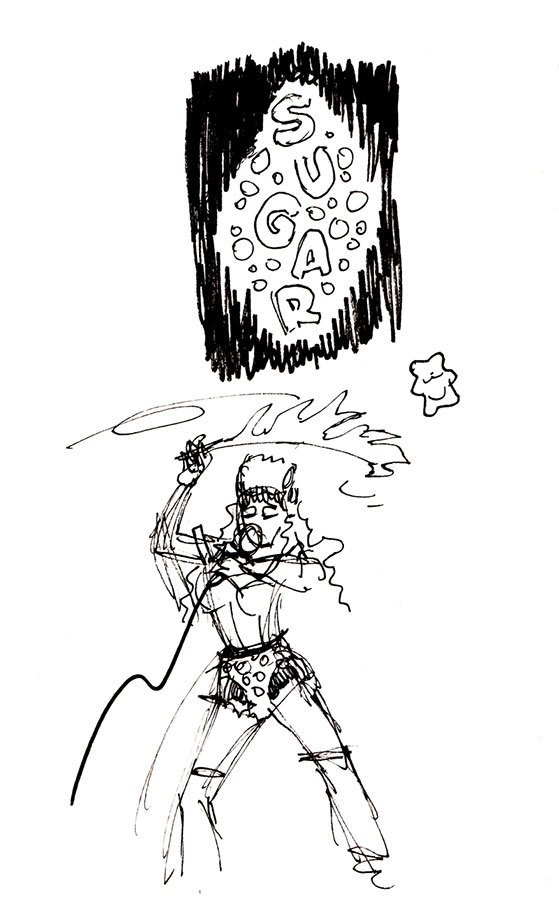 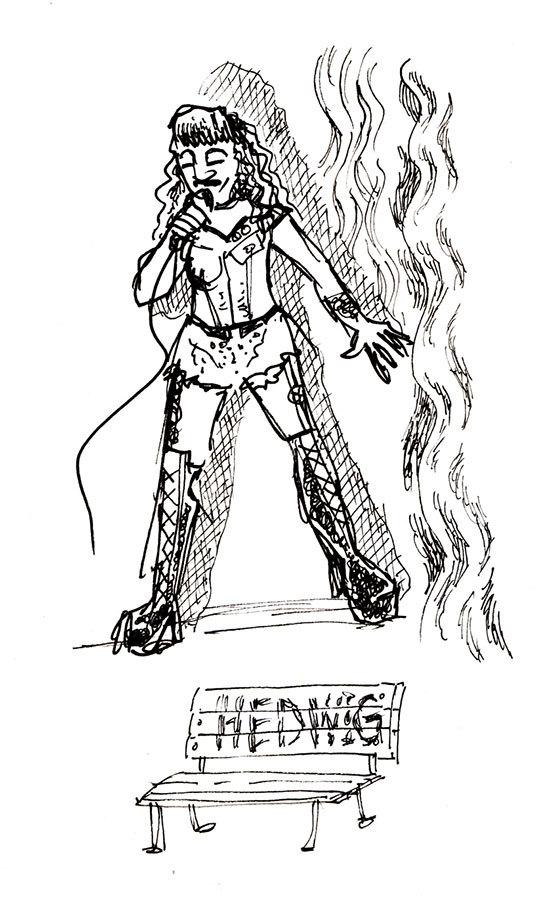 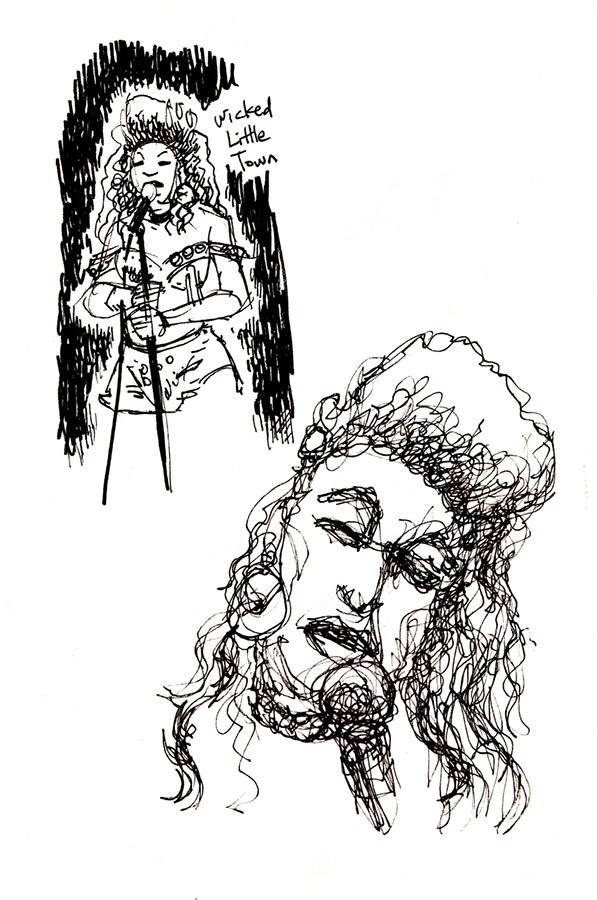 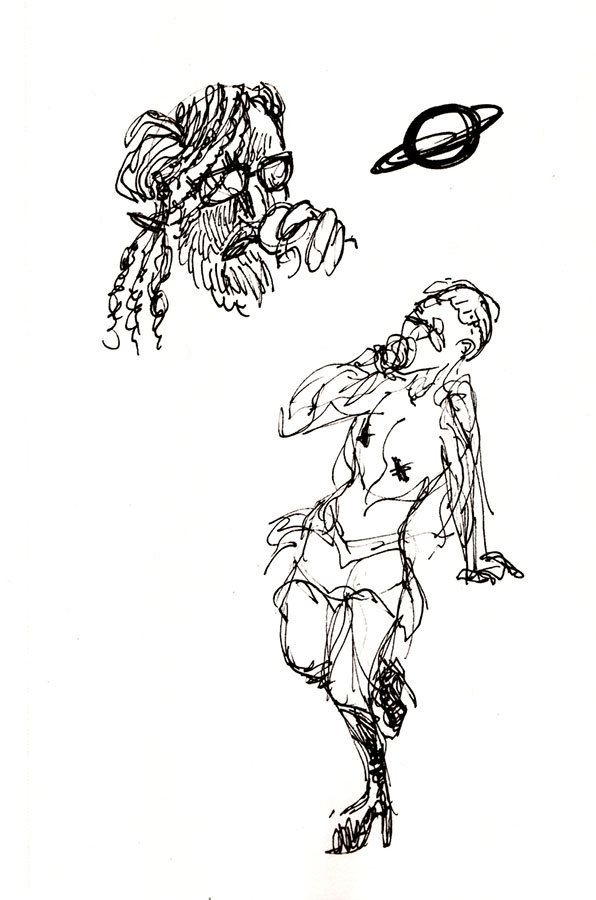 Ron's work has appeared in all the major comics publishers in the United States, including Marvel Comics, DC Comics, Image, Dark Horse and IDW on properties as varied as FutureQuest, Spider-man, Supergirl, Predator and Star Wars. His own science fiction series Trekker is his signature project. Funded through a series of successful Kickstarters, it tells the on-going adventures of 23rd century bounty hunter Mercy St. Clair. ronrandall.com 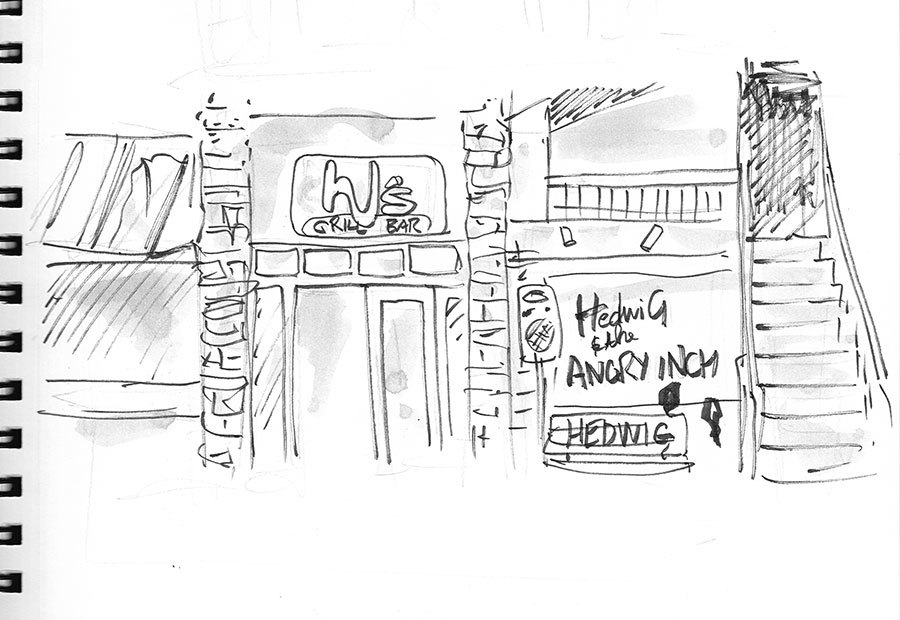 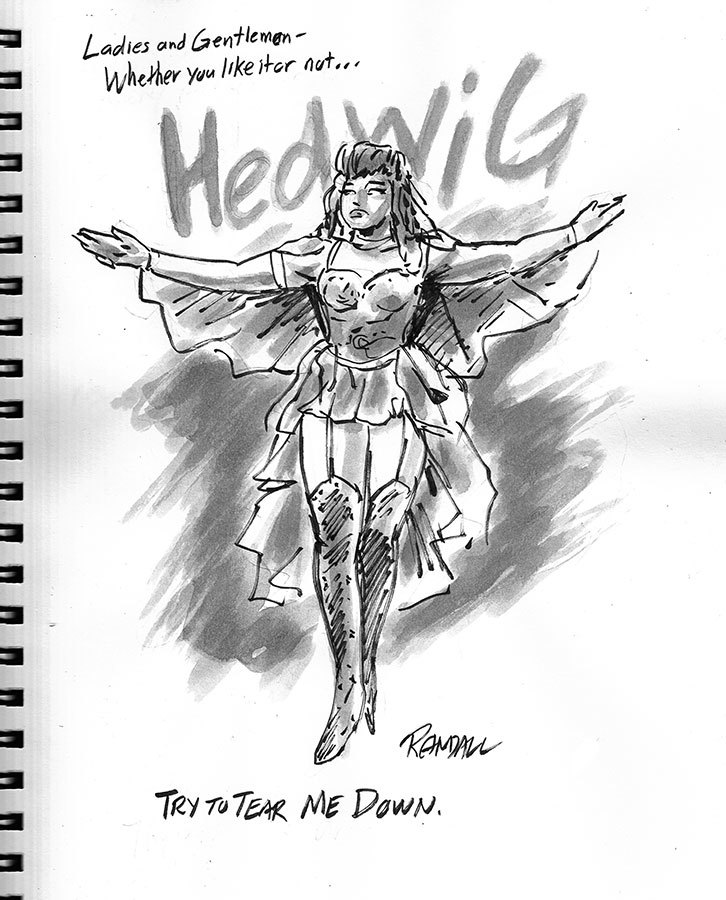 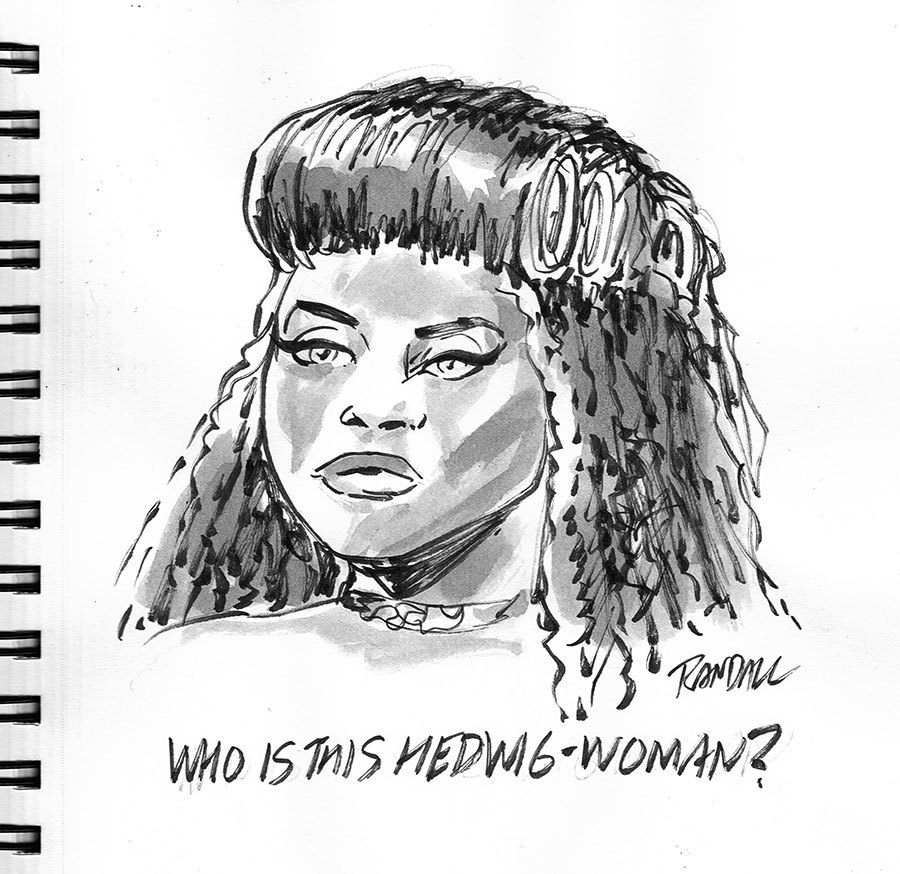 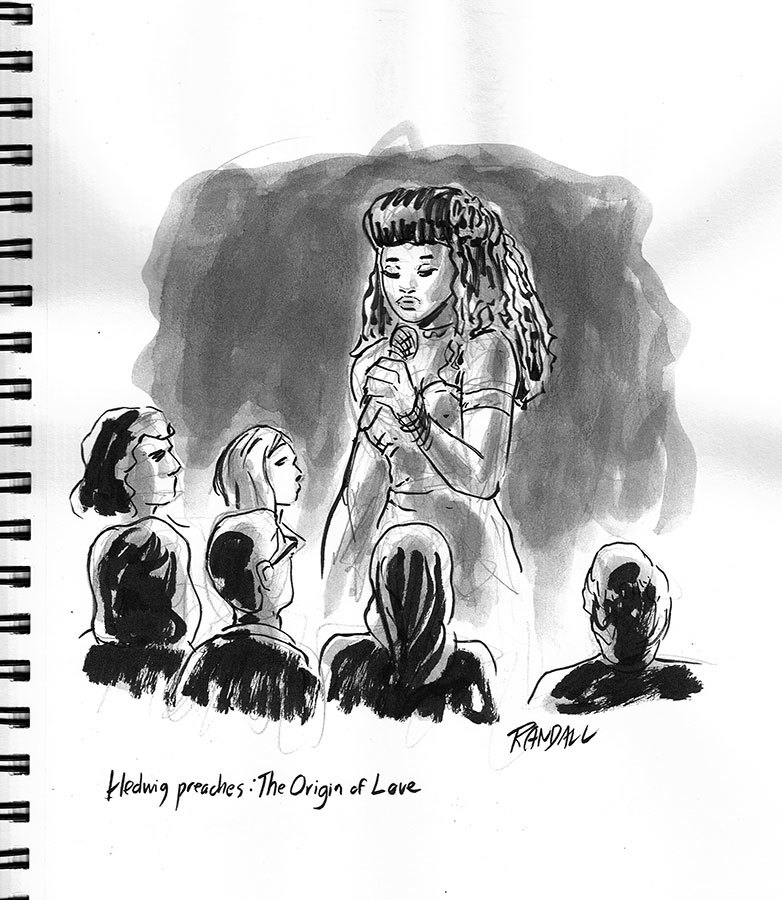 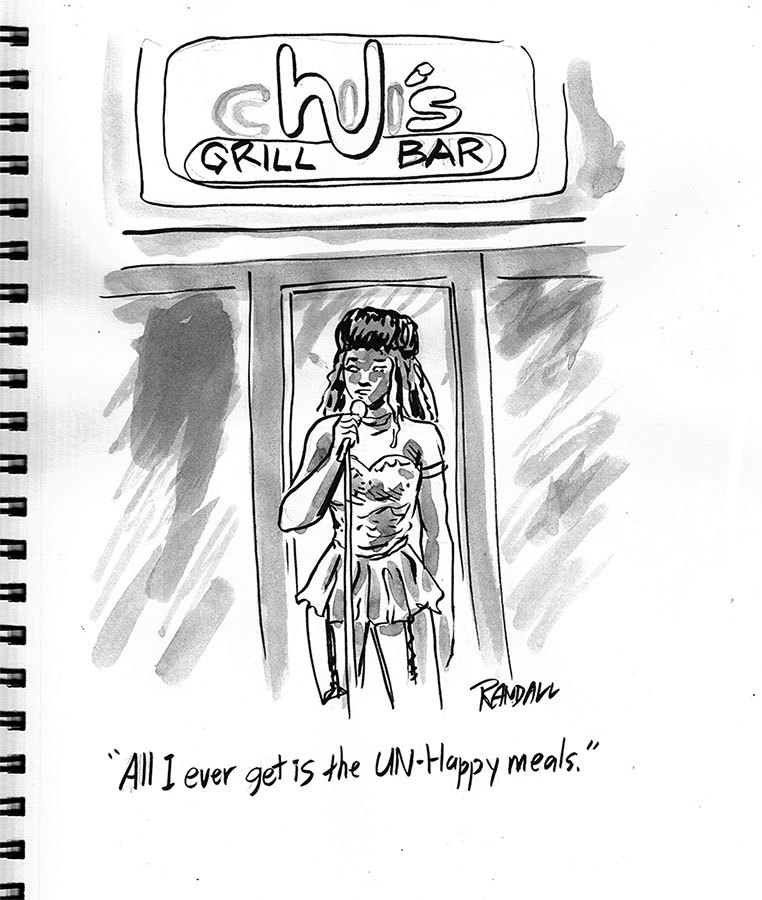 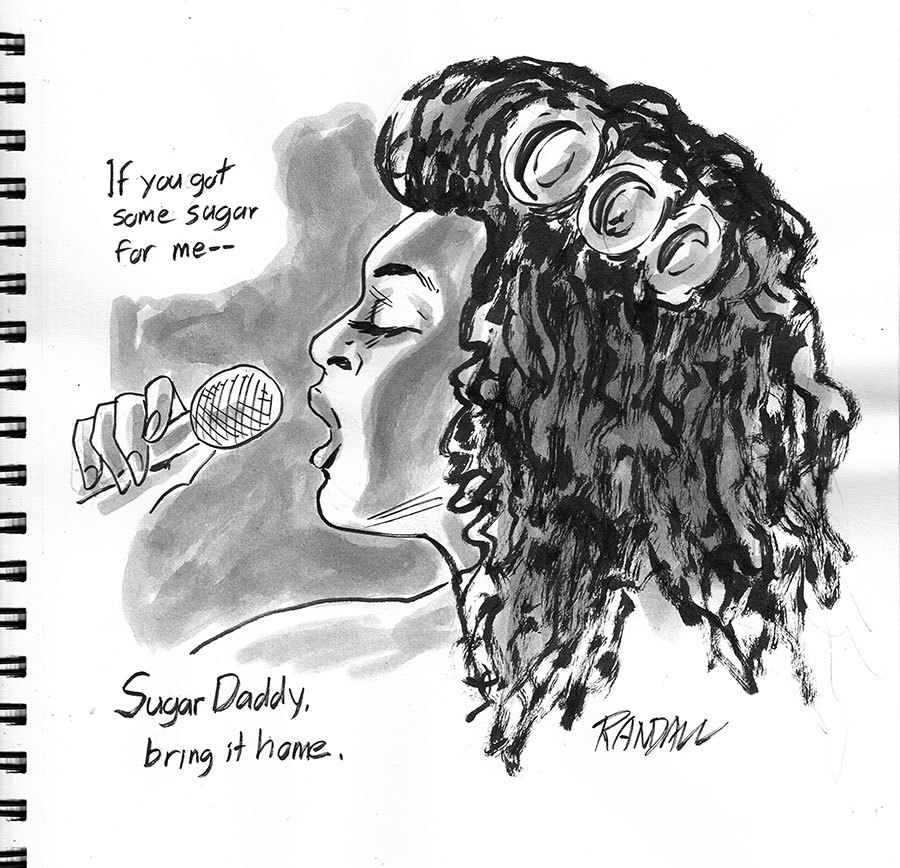 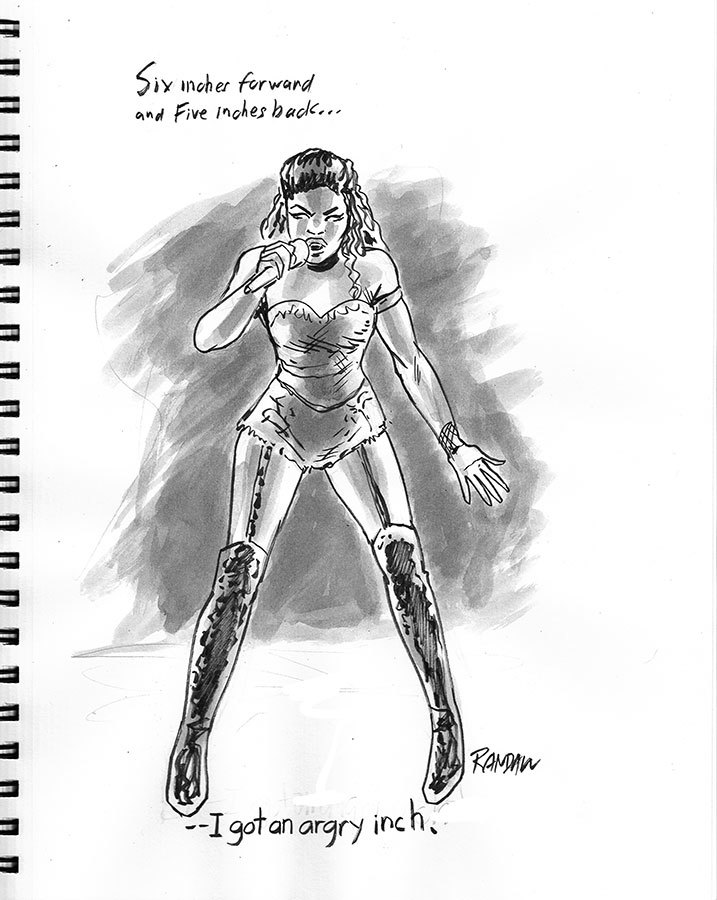 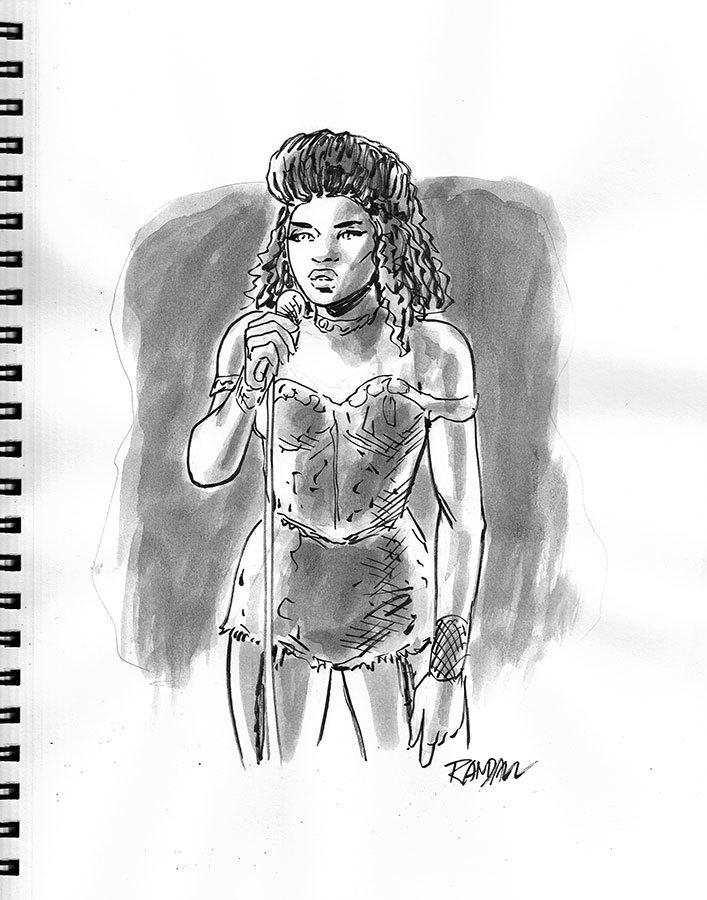 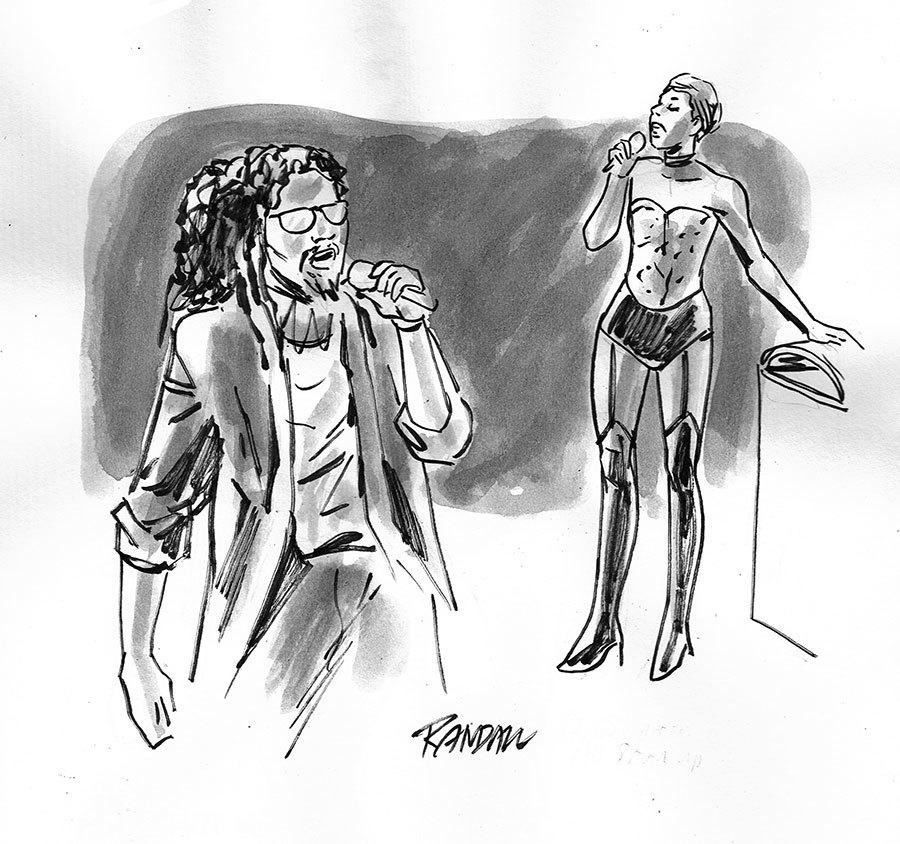 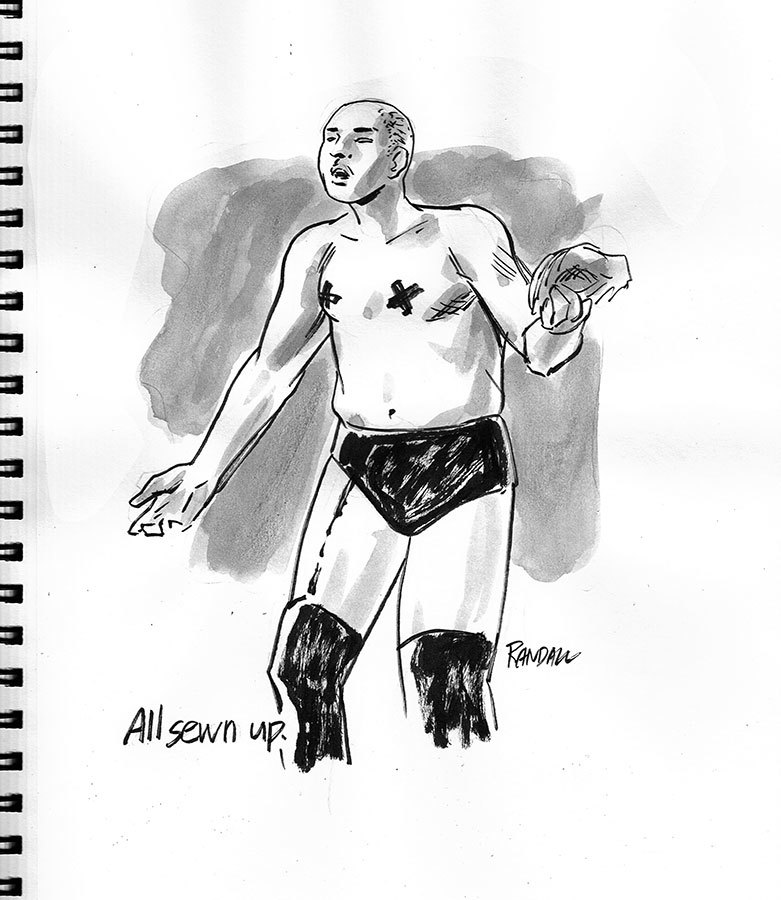 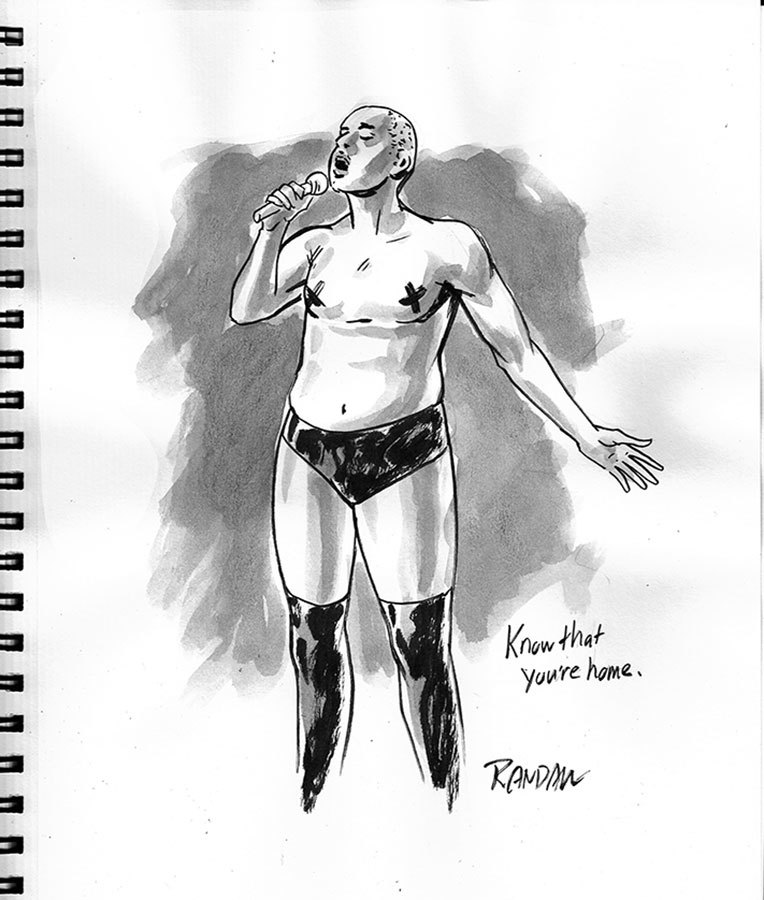