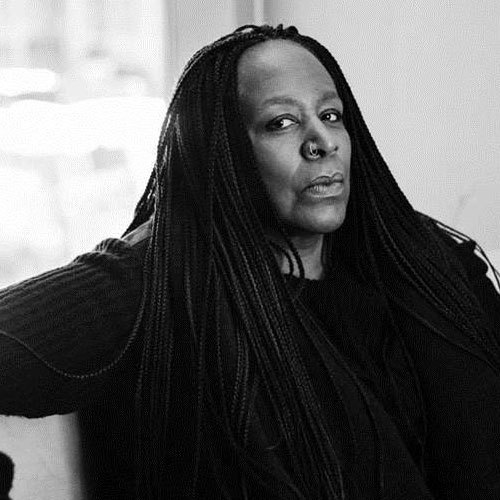 Dael first performed Stoop Stories in 2008 at The Public Theater’s Under the Radar Festival and Apollo Theater’s Salon Series; Washington, D.C.’s Studio Theatre produced its world premiere in 2009. Her play Monster premiered at New York Theatre Workshop in 1996. The Gimmick, commissioned by McCarter Theatre, premiered in their Second Stage OnStage series in 1998 and went on to great acclaim at Long Wharf Theatre and New York Theatre Workshop; Ms. Orlandersmith won the Susan Smith Blackburn Prize for The Gimmick in 1999. Yellowman was commissioned by and premiered at McCarter Theatre in a co-production with The Wilma Theater and Long Wharf Theatre. Ms. Orlandersmith was a Pulitzer Prize finalist and Drama Desk Award nominee for Outstanding Play and Outstanding Actress in a Play for Yellowman in 2002. The Blue Album, in collaboration with David Cale, premiered at Long Wharf Theatre in 2007. Bones was commissioned by the Mark Taper Forum, where it premiered in 2010. Ms. Orlandersmith wrote and performed a solo memoir play called Forever at the Kirk Douglas Theatre in Los Angeles in 2014, at the Long Wharf and New York Theatre Workshop in 2015, at Portland Center Stage in 2016, and the Abbey Theatre in Dublin in 2017. In the fall of 2016,  Ms. Orlandersmith wrote and performed Until The Flood, which was commissioned by St. Louis Repertory Theatre. It was later produced at Rattlestick Playwrights Theater in New York, Milwaukee Repertory Theatre, ACT Seattle, Portland Center Stage, and others. Dael has toured extensively with the Nuyorican Poets Café (Real Live Poetry) throughout the United States, Europe and Australia. Yellowman and a collection of her earlier works have been published by Vintage Books and Dramatists Play Service. She attended Sundance Institute Theatre Lab for four summers and is the recipient of a New York Foundation for the Arts Grant, The Helen Merrill Award for Emerging Playwrights, a Guggenheim, and the 2005 PEN/Laura Pels Foundation Award for a playwright in mid-career. She is the recipient of a Lucille Lortel Foundation Playwrights Fellowship and an Obie Award for Beauty’s Daughter. Dael is currently working on two commissions.