Being paid to write, refine, rehearse, and premiere a 10-minute play in just one week – complete with a professional cast, director, and dramaturg – is an invigorating, nerve-wracking experience to which few artists can relate. When you're a teenager, it's even more surreal.

"Seeing Soda in a Wine Glass brought to life was one of the most gratifying moments in my life as an artist, and it would not have been what it was without the lovely actors and incredible director," said Emily, a rising sophomore theater major at Pacific University in Forest Grove.

"They embodied what I had written but also brought so much more to the story. They presented me with questions that I had never even thought about and gave me room to keep learning about my characters. They brought their experience to the table as fellow artists," Emily said.

That egalitarian spirit is core to JAW, where this year's Promising Playwrights work alongside three adult featured playwrights to hone their craft.

"Mentorship is a relationship. It is about two equal artists, where one has simply had a bit more experience. So yes, the mentor is helping to teach. But the mentor is also taught," said Matthew B. Zrebski, resident teaching artist with Portland Center Stage at The Armory. In addition to directing the plays by this year's Promising Playwrights, Matt is their mentor – working alongside dramaturg Karin Magaldi to help these emerging talents develop and own their unique voices.

"Because it's not about telling writers how to write. It's about collaborating on a process, one that builds a platform on which young people may stand and do their best work. And getting to witness those moments of revelation, when a young writer understands the full possibility of this art form, there's nothing better than that," Matt said.

Visions & Voices students write two-person short plays and are invited to submit them for a culminating spring showcase. This spring, 24 students had their plays professionally directed and acted on stage at The Armory. From there, six were selected for the 2019 Promising Playwrights cohort.

Visions & Voices and Promising Playwrights can serve as a powerful launching pad for emerging artists. Just ask Sara Jean Accuardi, one of the very first Promising Playwrights in 2000 and winner of a 2019 Drammy Award for Outstanding Original Script for the play The Delays at Theatre Vertigo.

"The opportunity Promising Playwrights gave me to share the room with theater artists who treated the words I wrote with the same level of thought and respect offered to the professional playwrights — whom I saw as rock stars — was monumental to me," Sara Jean said. "I was welcomed in and treated as a member of the company. I had a dramaturg and a top-notch director and cast, and the end result — seeing an audience enjoy something I wrote — filled me with a kind of pride in myself I hadn’t felt before. It changed my concept of what I was capable of and opened up a new world of possibility. I’m not sure if I would have found my way to playwriting if it weren’t for my experience with Promising Playwrights." 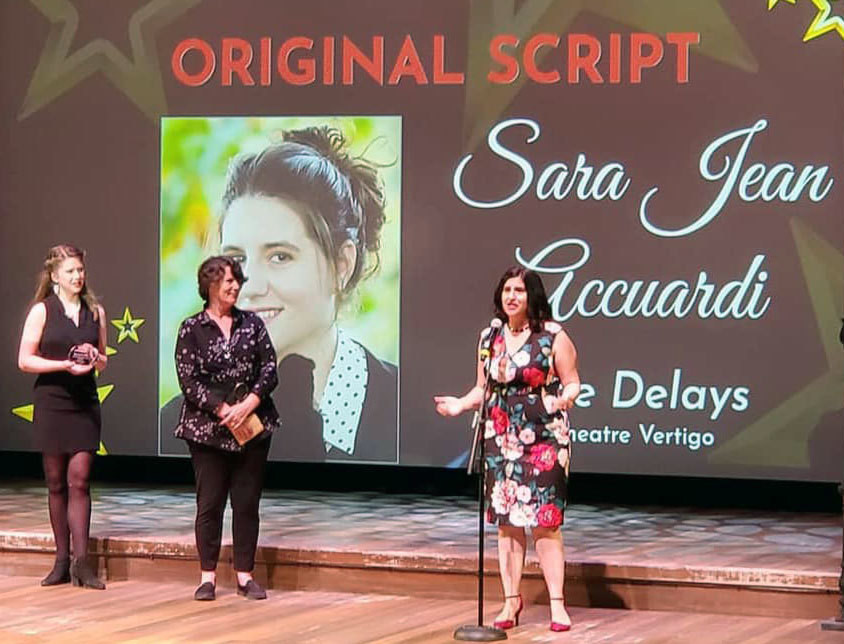 Sara Jean Accuardi (right), one of the very first Promising Playwrights in 2000, accepts the 2019 Drammy Award for Outstanding Original Script for the play The Delays at Theatre Vertigo.

Empowering the artist's voice is core to the mission of JAW, said Kelsey Tyler, director of education and community programs for Portland Center Stage at The Armory.

"Our Promising Playwrights see how their plays go from their pen — or computer — to the stage. JAW is about elevating the playwright's voice. We provide mentoring and support, but everything is playwright-driven," Kelsey said.

At the time of this interview, Aiyana Thompson was just one day away from diving headfirst into a one-week sprint that will culminate in her JAW debut. Aiyana, a recent Sunset High School graduate and rising Portland Community College freshman, is one of just six Promising Playwrights selected this year.

"I’m excited to be challenged," Aiyana said. "I’m expecting to delve deeper into the places of my mind I generally close off."

This year's JAW audience can expect to be similarly challenged and inspired, Matt said.

"I think what impacts audiences most is the revelation that these young writers most definitely have a point of view — and their rich, thoughtful work illustrates that age has little to do with what makes a strong artist, " according to Matt.

"They take bold risks and always attempt to explore interesting ideas. We encourage the writers to begin their process with a burning question, and to write plays as an investigatory exercise to explore those questions. In this way, audiences are often talking about the plays long after they leave. Because like with any good piece of art, they are provoked to think," Matt said. 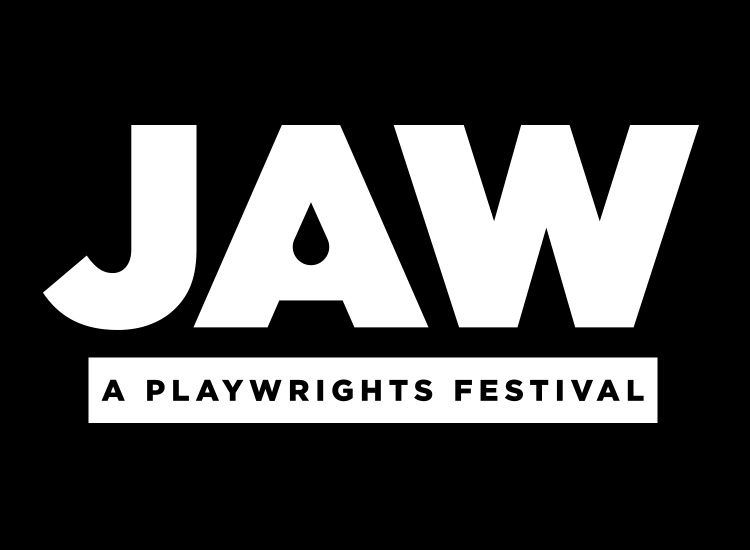 What: The Promising Playwrights showcase opens this year's JAW: A Playwrights Festival.
When: 8:15 p.m. Friday, July 26. JAW continues through Sunday, July 28.
Where: Portland Center Stage at The Armory, 128 NW 11th Ave, Portland, OR.
Cost: JAW is free and open to the public.

If you're a teen inspired by this year's Promising Playwrights showcase, it's not too early to start thinking about the Teen Playwriting Lab happening in June 2020. Visit our Teen Programs page for more information.