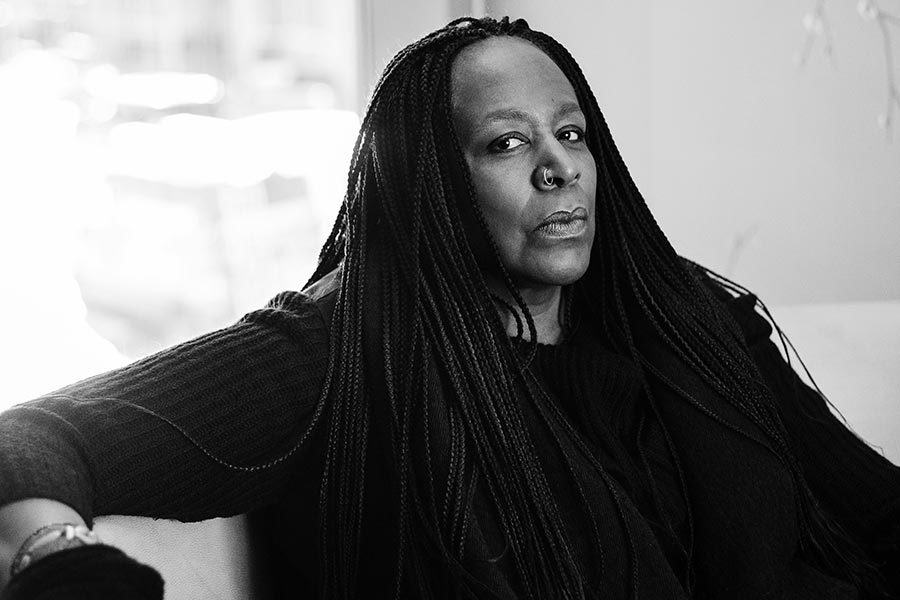 Writer and performer of Until the Flood, Dael Orlandersmith 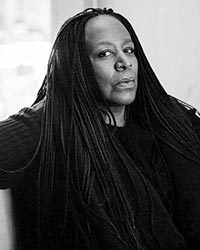 Dael Orlandersmith is a playwright, poet, actor, teacher, and Pulitzer Prize nominee. In the fall of 2016, Orlandersmith wrote and performed Until The Flood (commissioned by The Repertory Theatre of St. Louis), followed by a run at Rattlestick Playwrights Theater, Milwaukee Repertory Theater, Goodman Theatre, and ACT (Seattle). In 2014-2015, she wrote and performed her solo memoir play Forever, which debuted at the Kirk Douglas Theatre (Center Theatre Group commission), followed by a run at The Long Wharf, New York Theatre Workshop, Portland Center Stage at The Armory, and Abbey Theatre (Dublin). Orlandersmith’s plays include Black n Blue Boys/Broken Men (co-produced by Berkeley Repertory Theatre and Goodman Theatre); Horsedreams (developed at New Dramatists and New York Stage and Film Company; Off-Broadway premiere at Rattlestick Playwrights Theater); Bones (commissioned and produced by Mark Taper Forum); Suicide Girlz (commissioned by Atlantic Theater Company); Stoop Stories (developed at The Public Theater’s Under the Radar Festival and Apollo Theater’s Salon Series; premiered at the Studio Theatre in Washington, D.C.); The Blue Album (a collaboration with David Cale; premiered at Long Wharf Theatre); Yellowman (commissioned and co-produced by The Wilma Theater and Long Wharf Theatre; premiered at McCarter Theatre; Off-Broadway premiere at Manhattan Theatre Club); The Gimmick (commissioned by McCarter Theatre and premiered on its Second Stage, Off-Broadway premiere at New York Theatre Workshop); Beauty’s Daughter (Off-Broadway premiere at American Place Theatre); and Monster (originally at New York Theatre Workshop). Yellowman and a collection of her earlier works have been published by Vintage Books and Dramatists Play Service. Orlandersmith was nominated for the 2015 Off-Broadway Alliance Award for Best Solo Performance in Forever. With Yellowman, she received a Pulitzer Prize nomination, Drama Desk Award nominations for Outstanding Play and Outstanding Actress in a Play, and a Susan Smith Blackburn Award. For Beauty’s Daughter, she received an Obie Award and was a Susan Smith Blackburn Award finalist. She is the recipient of a New York Foundation for the Arts Grant, the Helen Merrill Award for Emerging Playwrights, a Guggenheim, a PEN/Laura Pels Foundation Award, a Lucille Lortel Foundation Playwrights Fellowship, and a Whiting Award. She has toured extensively with the Nuyorican Poets Café (Real Live Poetry) throughout the United States, Europe, and Australia. As a teacher, she has worked at Princeton University (artist in residence, 2009), Yale University, and Sarah Lawrence College, among others. Orlandersmith is currently working on two commissions and a book of autofiction.

Neel Keller, Director
Portland Center Stage at The Armory credits: Forever, The Cripple of Inishmaan, and the holiday double feature The Santaland Diaries with A Christmas Memory (2002-2004). Neel has enjoyed a long and happy collaboration with Dael Orlandersmith. They met almost 30 years ago, on a production of Romeo and Juliet. Over the last several years they have worked closely on creating and producing Orlandersmith’s acclaimed plays Until The Flood and Forever. Neel’s other recent productions include the world premieres of Julia Cho’s Office Hour, Eliza Clark’s Quack, Jennifer Haley’s The Nether, Kimber Lee’s different words for  the same thing, and Lucy Alibar’s Throw Me On The Burnpile and Light Me Up. Neel’s productions have been mounted at many theaters, including The Public Theater, New York Theatre Workshop, Rattlestick Playwrights Theater, La Jolla Playhouse, Mark Taper Forum, Kirk Douglas Theater, Goodman Theatre, South Coast Repertory, Williamstown Theatre Festival, Long Wharf Theatre, ACT Seattle, The Repertory Theatre of St. Louis, and Abbey Theatre in Dublin. Neel is an associate artistic director at Center Theatre Group in Los Angeles, and a member of the Stage Directors and Choreographers Society and the Directors Guild of America.

Kristen Mun, Stage Manager
Kristen is originally from the island of Oahu and holds a B.F.A. from Southern Oregon University. She is excited to return for her sixth season at Portland Center Stage at The Armory. Previous credits at The Armory include stage manager for Sense and Sensibility, Constellations, and Major Barbara; assistant stage manager for The Color Purple, Fun Home, and Astoria: Part Two; and production assistant on many others. Kristen is also a freelance fight choreographer and teacher. Thank you to Adam and her family for always having her back.

Molly Shevaun Reed, Production Assistant
Molly is thrilled to join Portland Center Stage at The Armory this season as a stage management apprentice. Recent credits at The Armory include Sense and Sensibility, Twist Your Dickens, The Color Purple, and A Life. Originally from Denton, Texas, Molly has worked in stage management, props design, and has developed new work as a director in Dallas and Portland. Local credits include stage manager for Spectravagasm X, director/designer/producer for the one-woman original play Endless Oceans, and assistant director/production assistant for The Few at CoHo Productions. Dallas credits include stage manager for Dry Land at Upstart Theater and director/designer for the world premiere of Nomad Americana at WaterTower Theatre’s Out of the Loop Fringe Festival (formerly titled Rooting at Nouveau 47 Theatre). Love and thanks to Cam, Fam, Lyss, and Bear.