for The Comedy of Errors Staged Reading 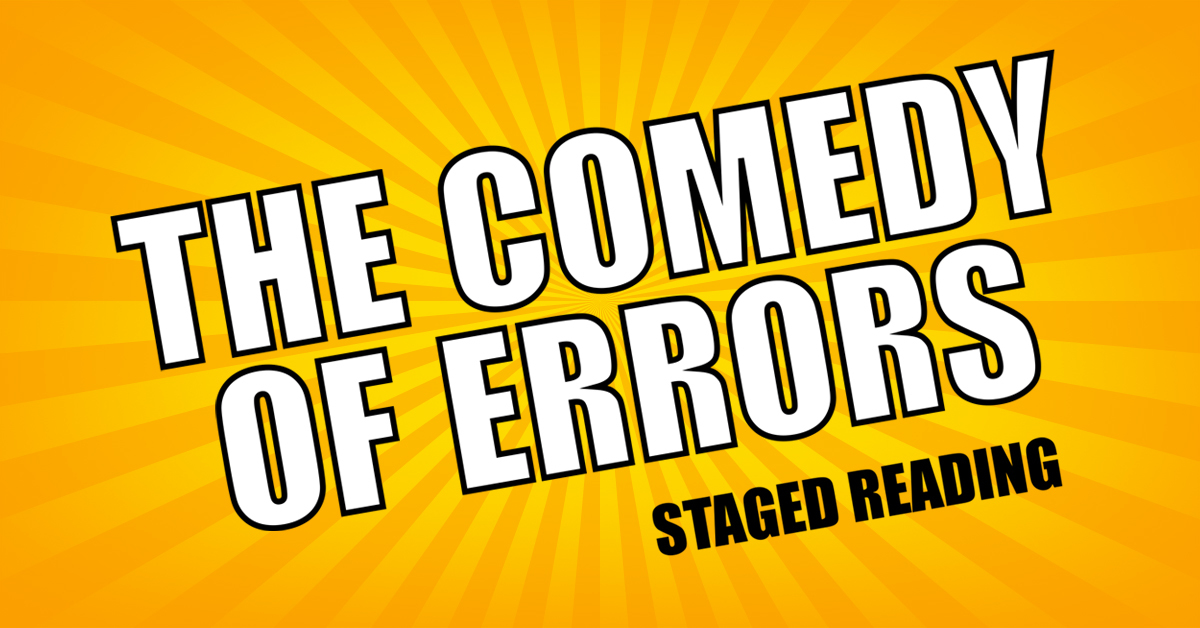 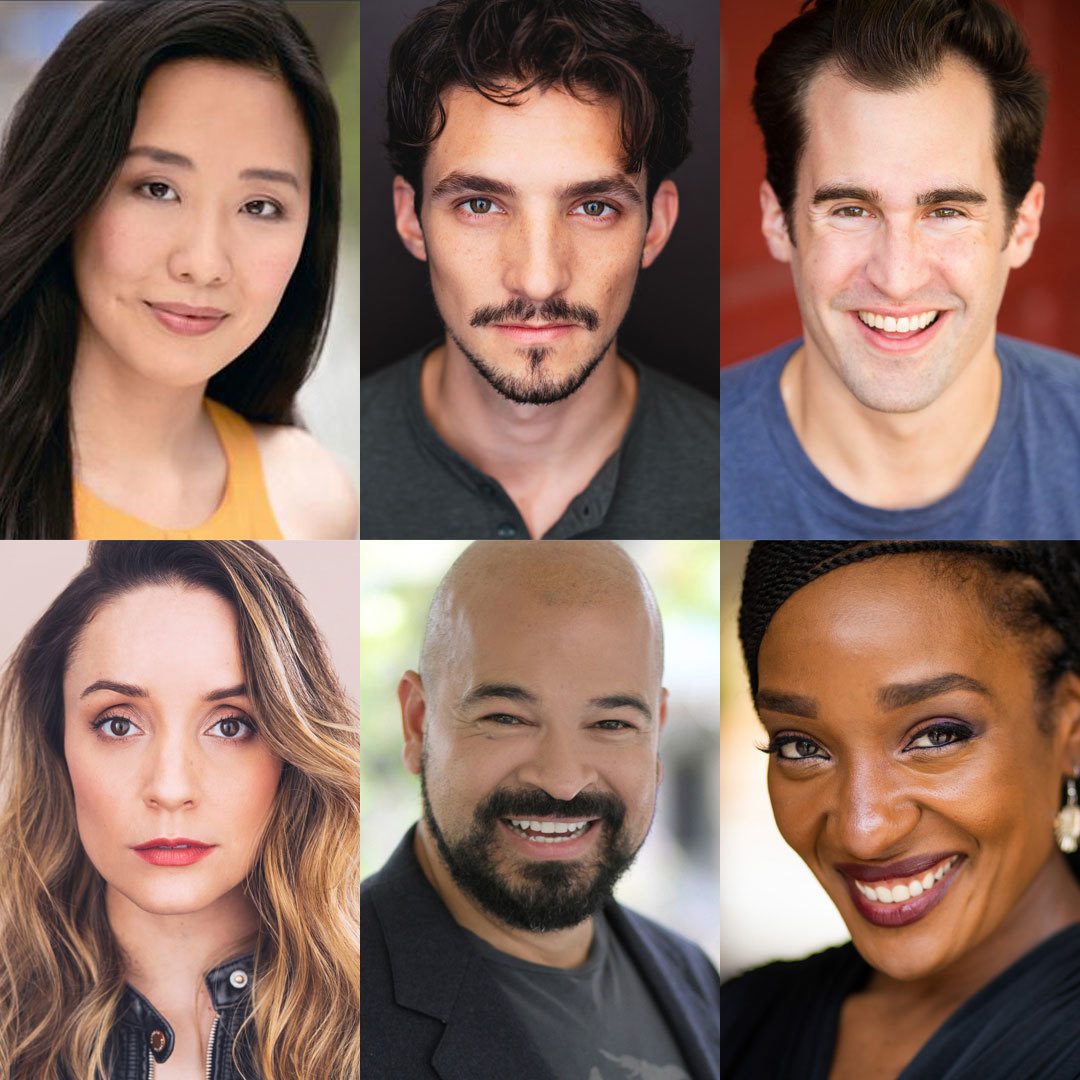 Meet the cast and creative team for The Comedy of Errors Staged Reading.

The Comedy of Errors is believed to be one of Shakespeare's earlier written plays; a comedy about separated family and mistaken identity. (Adapted from the Royal Shakespeare Company’s plot synopsis.)

Portland Center Stage’s Student Matinee Program seeks to provide all young people with opportunities to experience and directly participate in the art of high-quality, professional theater in a context that supports their education. The following is designed to help students explore themes found in our production of The Comedy of Errors Staged Reading. We encourage you to choose the most appropriate activities for your group and adapt as needed.

Commedia in The Comedy of Errors

Commedia dell'arte is an early form of professional theater, originating in Italy, that was popular throughout Europe from the 16th to the 18th century. We will further explore the “stock characters” of this theatrical genre, and their entertaining variety of physical characteristics, in the ‘Character Exploration’ and ‘Activities’ sections of this Resource Guide below.

Shakespeare based The Comedy of Errors and its cast of oft-zany characters within the heightened comedic stylings of Commedia dell’arte. In the staged reading directed by Desdemona Chiang, we see how the director really embraces this fact by staging this Zoom presentation in a dynamically physical way. It sure beats a full hour of stagnant “talking heads,” no? Or “Brady Bunch Acting,” as Desdemona calls it in the video, haha! 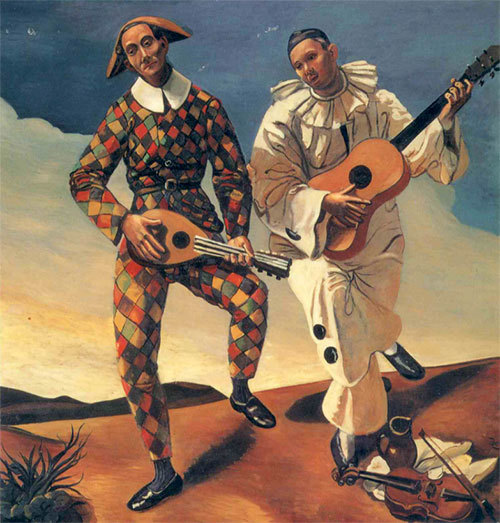 Antipholus of Ephesus
With his arrogant and overcompensating “swagger” (a word actually coined by Shakespeare, as ‘twere!), as well as his hot temper and briefly-mentioned history in the Duke’s military, Antipholus of Ephesus is most likely loosely based on the Commedia stock character Il Capitano (pronounced “ill CAP-ee-TAHN-oh”). 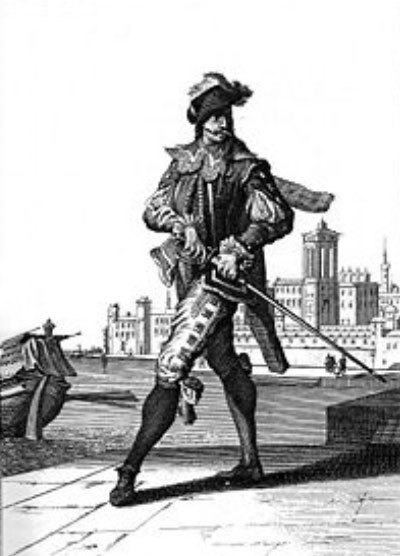 Antipholus of Syracuse … and to some degree, maybe even Luciana
So let’s really “lean into the farce” with this last one, and go out on a bit of a limb, shall we?

In Act 3, scene 2 - a scene not shown in the video you watched - Antipholus of Syracuse (the one from out of town) falls in love with Luciana in the blink of an eye. Pretty sweet, right? But also really awkward because, unbeknownst to him, his twin of Ephesus is married to Luciana’s sister, Adriana. So Luciana finds herself pretty freaked out and taken aback in this scene. But there have also been full productions of this play wherein Luciana steadily falls more and more in love the Syracusian Antipholus as the play escalates, so that by the time they actually do end up together during the play’s finale, it’s a no-brainer. So, let’s equate Antipholus of Syracuse (and Luciana, too!) with the “young lover” stock characters in Commedia dell’arte: Isabella and Flavio (pronounced “EES-uh-BELL-uh” and “FLAH-vee-OH”)! 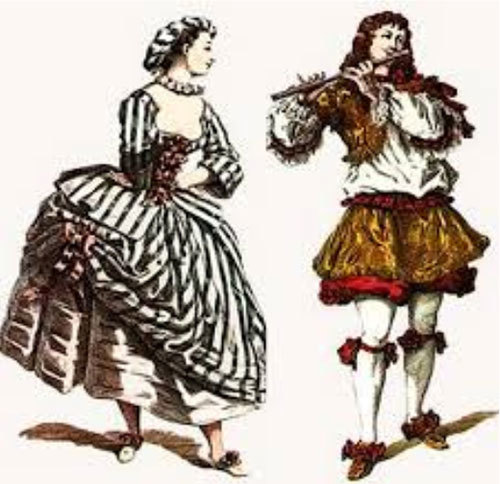 Confusion:
What events or happenings confuse these characters? How do they choose to deal with their respective confusion? Did the choices of the characters mirror your own response(s) to confusion in your own life, or do you tend to react to confusing situations differently? Please explain your answer …

Anger, as a Tactic:
As a result of their confusion, and/or the slights they feel have been done to them, several of these characters choose to respond not with patience or grace, but with anger … does the tactic of getting angry with other characters (yelling, hitting, betraying, etc.) ever get these characters what they want? Does it ever end up being a successful tactic for them? What other responses or tactics do you think they could have tried out, perhaps with more success? Think about responses you have experienced or encountered in your own life, or seen/experienced in other media …

Heightened Physicality:
This theatrical storytelling element is also known as “Lazzi,” which comes from Commedia dell'arte. Which elements of heightened physicality stood out most to you while watching the performance?

Did these elements help draw you into the story more, yes or no? Did they help clarify certain moments more for you, or did they make things more confusing? Go ahead and explain your answer a bit further …

First off, let’s work with Shakespeare’s poetic text a bit!

1. The video you just watched contains a few selected scenes from the full play -- if you do a Google search of a single line of text from the video, you should easily be able to find out exactly which act/scene each snippet comes from within the full play. With this in mind, choose your favorite 60 seconds of the video performance (Why was it your favorite?) and look up the written text online; Open Source Shakespeare is a fantastic resource, because you can search each play by specific act, scene, or even character (and their lines)! Now, paraphrase that 60 seconds of old-school Shakespeare text into roughly one minute of modern-day text; as in, put the play text into your own words! And then, have fun speaking your new, updated text aloud - with feeling! Remember: “lean into the farce.”

2. Next, we'll get on our feet with a Commedia Stock Characters movement activity. But first, it’s important to be warmed up - since there’s a good chance we’ve all been sitting down for a while at this point … begin with 2 minutes of independent and/or group stretching. Perhaps each student proposes a stretch for everyone to take part in.

3. Let’s break the ice with the ‘Name Gestures’ game! Go around the “room,” and have each student say their name aloud, boldly, while pairing it with a dramatic gesture or pose (or dance move). One student will present their name-gesture pairing, and then everyone else mirrors the name and paired movement/pose back to the “sender.” The game goes until everyone has had a chance to throw their ‘Name Gesture’ into the ring, and had it repeated back to them by all. This game encourages courageous contribution, as well as paying attention to one’s “scene partner” and ensemble-building.

4. Finally, it’s time for some ‘Body Leads’ movement! This activity aims to keep everyone up and active, and inhabiting the bodies of the aforementioned Commedia characters, who can also be seen in Shakespeare’s The Comedy of Errors.

Begin by simply walking around the space as yourself, as neutral as possible, while also checking in with how your body is feeling at this point in the day … try to breathe directly into any tension you may be holding, and attempt to release it out into the air. Let it go … Now, spring into action as Pulcinella or Arlecchino - by leading your body in a farcical manner with your knees and feet! See, these characters are always looking for the next opportunity to play a trick on someone, or score some money and/or food, but they are always cautious to look out for Number 1 (which in this case is YOU)! Continue to explore your personal space a moment longer by leading with your knees and feet. Remember to lean into the farce!

Return to your neutral walk; shake those characters off. Now, spring into Il Capitano by puffing up your shoulders, squeezing your shoulder blades together, and leading your body bravely and arrogantly with your chest! You are the single coolest person in town now. You fear no one. Perhaps your chin is even raised, looking down at everyone else. For a moment more, continue to move throughout your space by leading with your soldier’s chest… and then suddenly, someone actually challenges you to a fight, so you tuck your tail and cowardly run away!

Return to your neutral walk; shake that character off. Now Spring into Isabella or Flavio by instantly becoming “lovestruck” by an invisible person in your space - begin to float or glide around after them by leading with your nose or mouth! How does this body lead affect the movement in the rest of your body? Fully commit to this heightened state. And remember: these characters didn’t tend to wear masks onstage, so their faces were fully visible to the audience -- so make sure your face is coming alive now too! Walk around a moment longer, leading with your dramatically activated face, nose, or mouth.

Oh my gosh, this invisible crush just turned to look at you - so strike a frozen pose for them, to let them know how crazily in-love you are with them! Lean into the farce. Hold your heightened pose; pierce your crush’s heart with your eyes … and whew, let it go. Shake this off. Deep breath in, and then out.

Debrief time: What discoveries were made during these physical character explorations?

5. Artistic Design time! After the physical exploration of these characters, it’s time to design the “look” of your character of choice - using your own wardrobe! Choose your favorite character - or ALL of them! Then, search your closet, the floor of your room, or even (LOL) the closet of your parent, guardian, or caregiver - and find 1 to 3 articles of clothing and/or accessories (perhaps even a Prop?) to assign to your chosen character archetype(s). Remember to consider the disposition of each character as you design their respective costumes. And remember, be BOLD and “lean into the farce” of it all, as much as you are able! Have a blast!