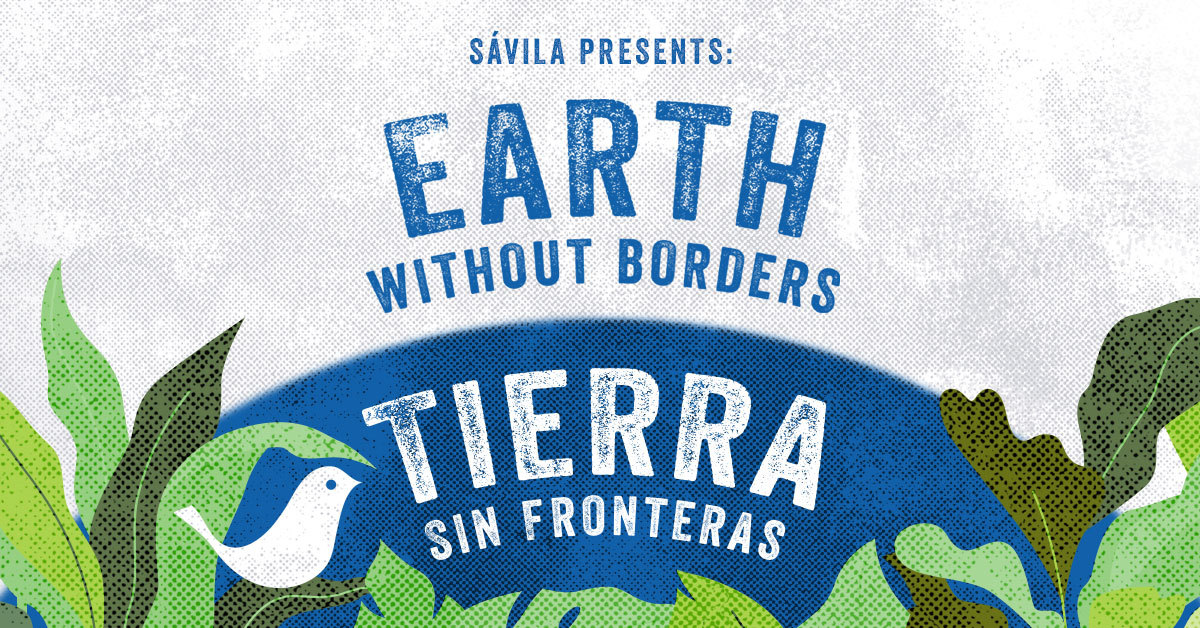 With a nod to the beauty and wonder of a traveling show, Sávila presents Earth Without Borders/Tierra Sin Fronteras, a recorded musical journey celebrating the plant and animal life that thrives along the Mexico/U.S. border. Weaving together song, dance, and visual poetry, this original work carries us through the cycle of a day as the earth spins.

“Their music feels like a warm embrace ... Their songs unfurl in rhythmic, organic layers driven by various Latin rhythms, including cumbia and salsa.” –Willamette Week

“Sávila makes hypnotic music for healing and reconnection. It’s passionate, captivating and has an underlying darkness that creates depth and mystery.” –Willamette Week 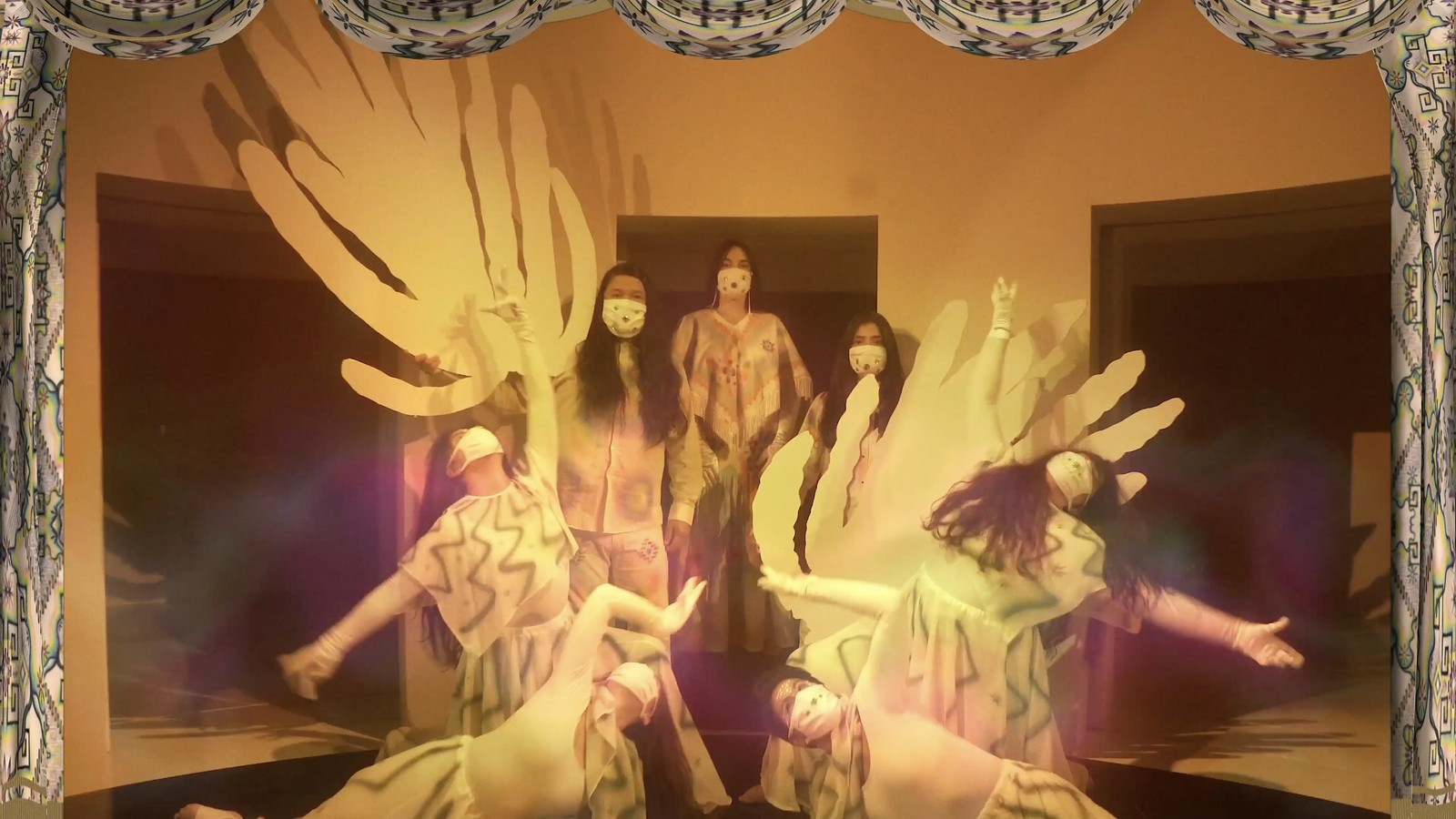 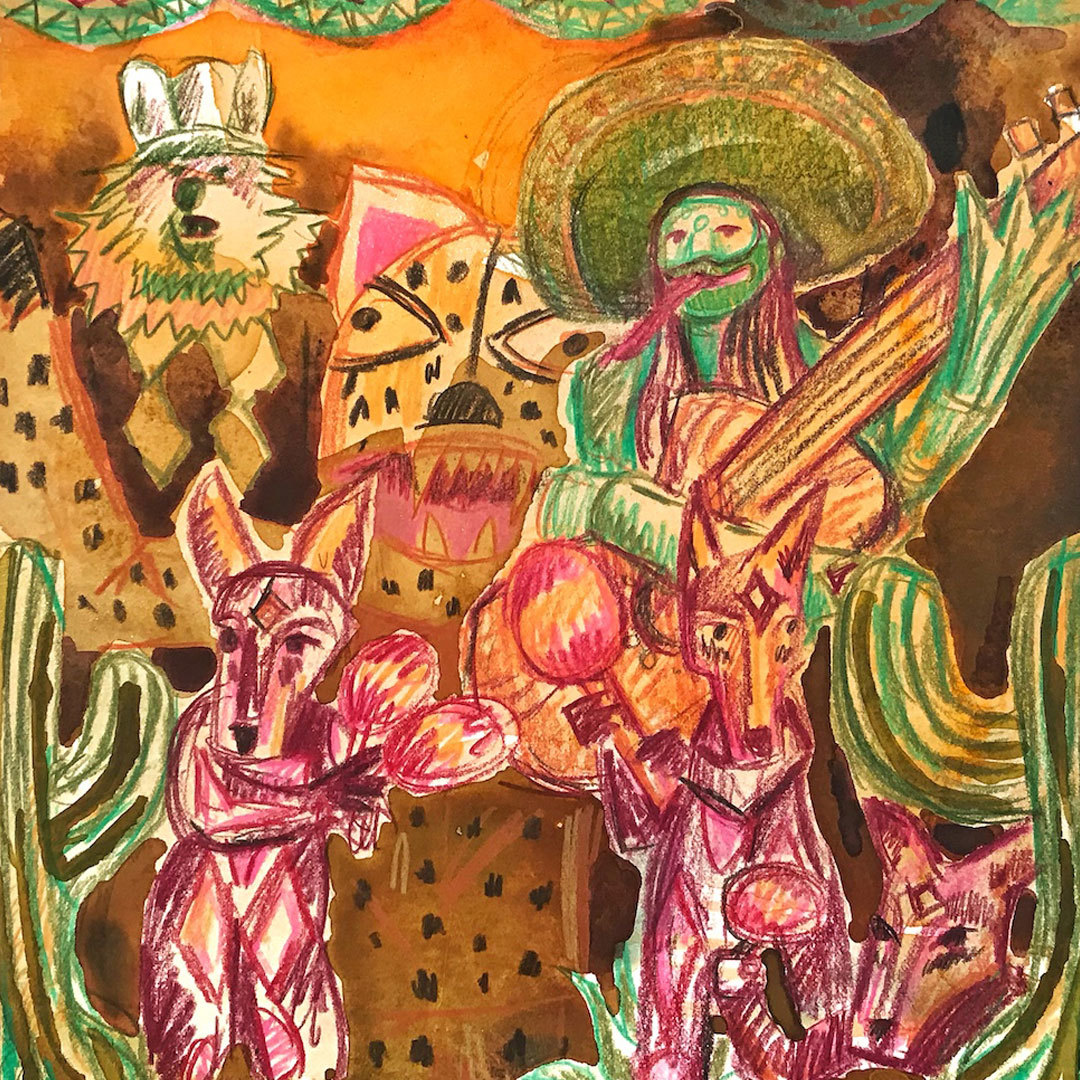 We invited local comic artists to watch Earth Without Borders/Tierra Sin Fronteras and draw whatever inspired them about the experience. Here are the results!

SÁVILA
Sávila is a medicinal plant that grows wild in tropical climates all over the world, as well as the name of cumbia/latin/world/r&b inspired music and visual art project by guitarist Fabiola Reyna, vocalist Brisa Maria Gonzalez, and percussionist extraordinaire Papi Fimbres. @savilamusic @purosavila savila.bandcamp.com 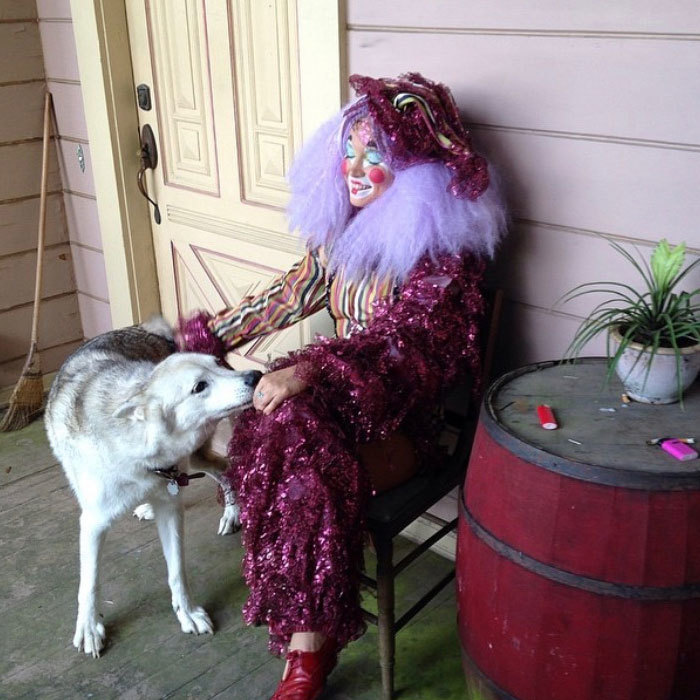 Brisa is a singer and member of the musical group SÁVILA. She has traveled with Ringling Brothers Circus as a clown and worked in children’s theater productions locally, and believes in the ability of performance and idealism to come together to help create the change we need to see and feel in this world.

Maria is a self-taught artist from Portland, Oregon. Her inspiration is the mystery and the beauty of nature here on our Mother Earth. mariajoandixon.com @maria_joan_dixon 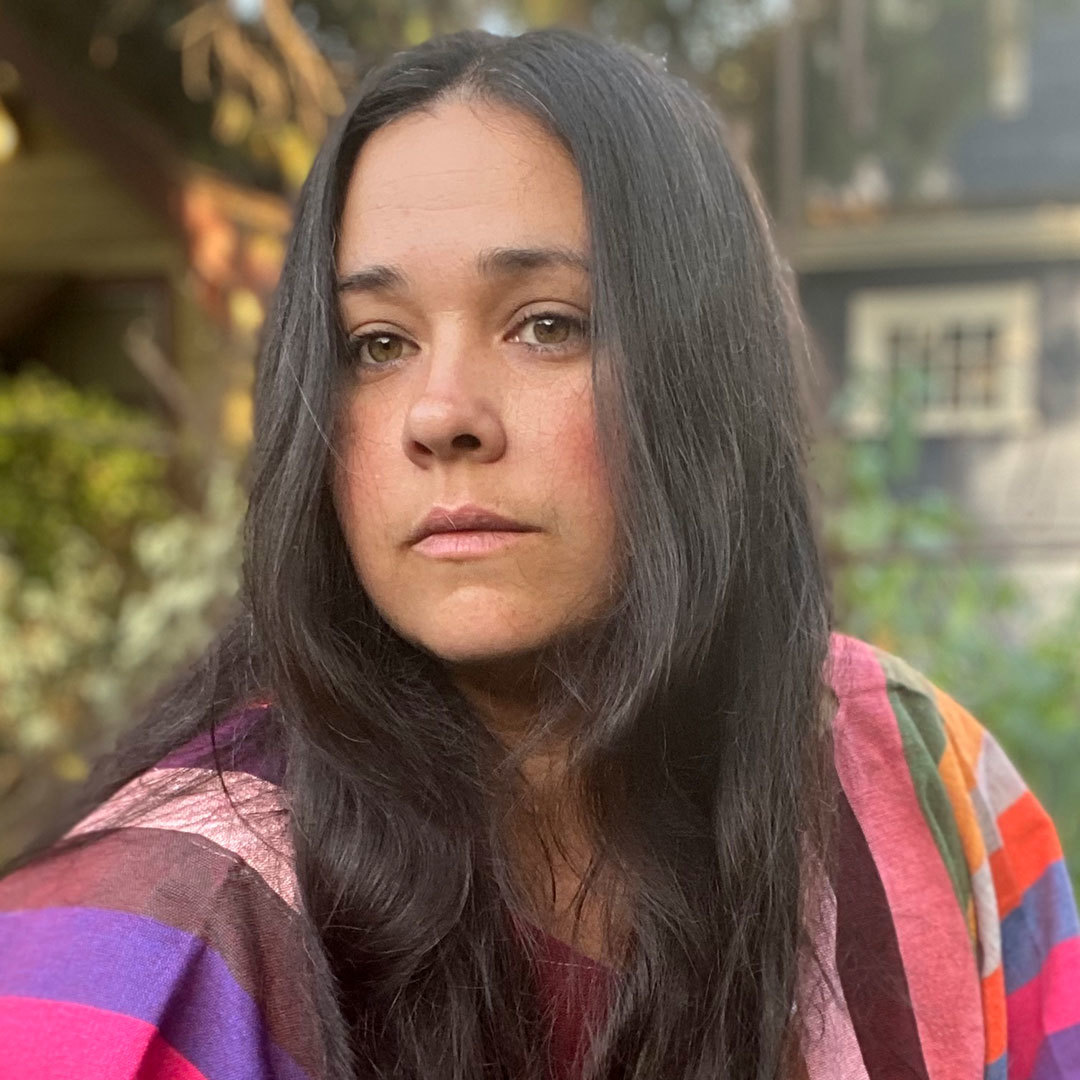 Muffie is a dance artist, choreographer, performer, and movement researcher. Her career has included performances and collaborations that run the gamut, from the Chicago Theater to the New York underground, on the stage and behind the scenes; always shapeshifting to serve the artistic and dance needs of her community, herself, and the changing times. Her work has been presented at the Art Institute of Chicago, Movement Research Festival (NY), The Gibney Dance Center (NY), and Newmark Theater (PDX). Delgado Connelly’s work holds space for the silenced, invisibilized, and disappeared while demonstrating the infinite and ever-expanding complexities of the bi-racial and the steadfast invincibility of the Indigenous mother. 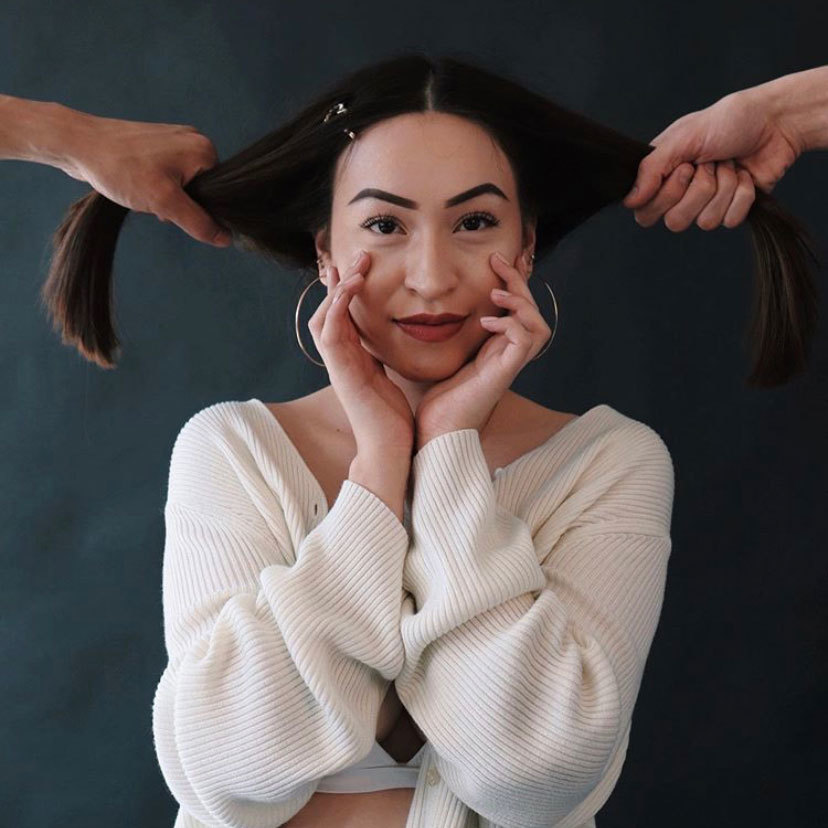 My name is Jakkii “Chola” Vázquez and I am a 24-year-old Portland dancer. All my life, dance has been my passion and, although it wasn’t available to me when I was young, I never stopped doing what I love. Doing so has helped me advance to where I am now. Challenge is my best friend, and I can’t wait to see where life takes me. @_jakkiivee 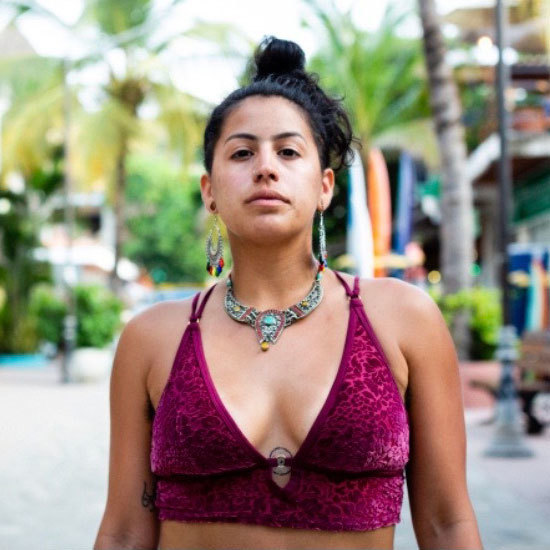 Julissa is a Queer Non-binary Puerto Rican/Ecuadorian professional dancer, choreographer, embodiment-mentor, expressionist, and spoken word artists. Julissa graduated with a B.A. in dance from DeSales University in 2016. After graduation, they moved to New York City, where they began their professional dance career. In the summer of 2017, Julissa was called to visit the Pacific Northwest to witness the Oregon Eclipse. They were so moved by their connection to the PNW that they decided to move to Oregon, where they began their journey of self-healing through dance and nature. Currently, Julissa resides in Portland and their work combines elements of the earth, spirituality, ancestry, embodiment, healing, and consciousness. @jumagicalnana 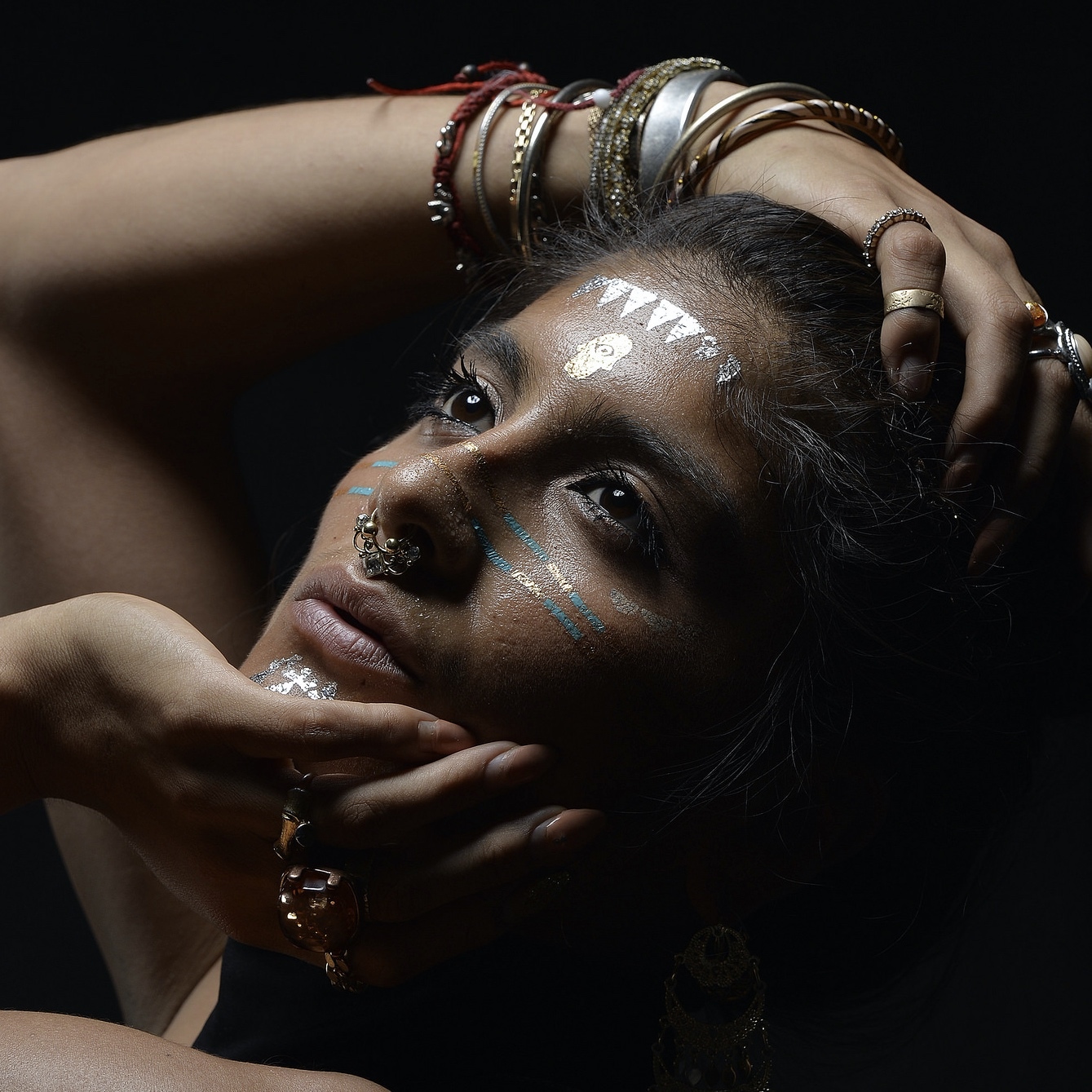 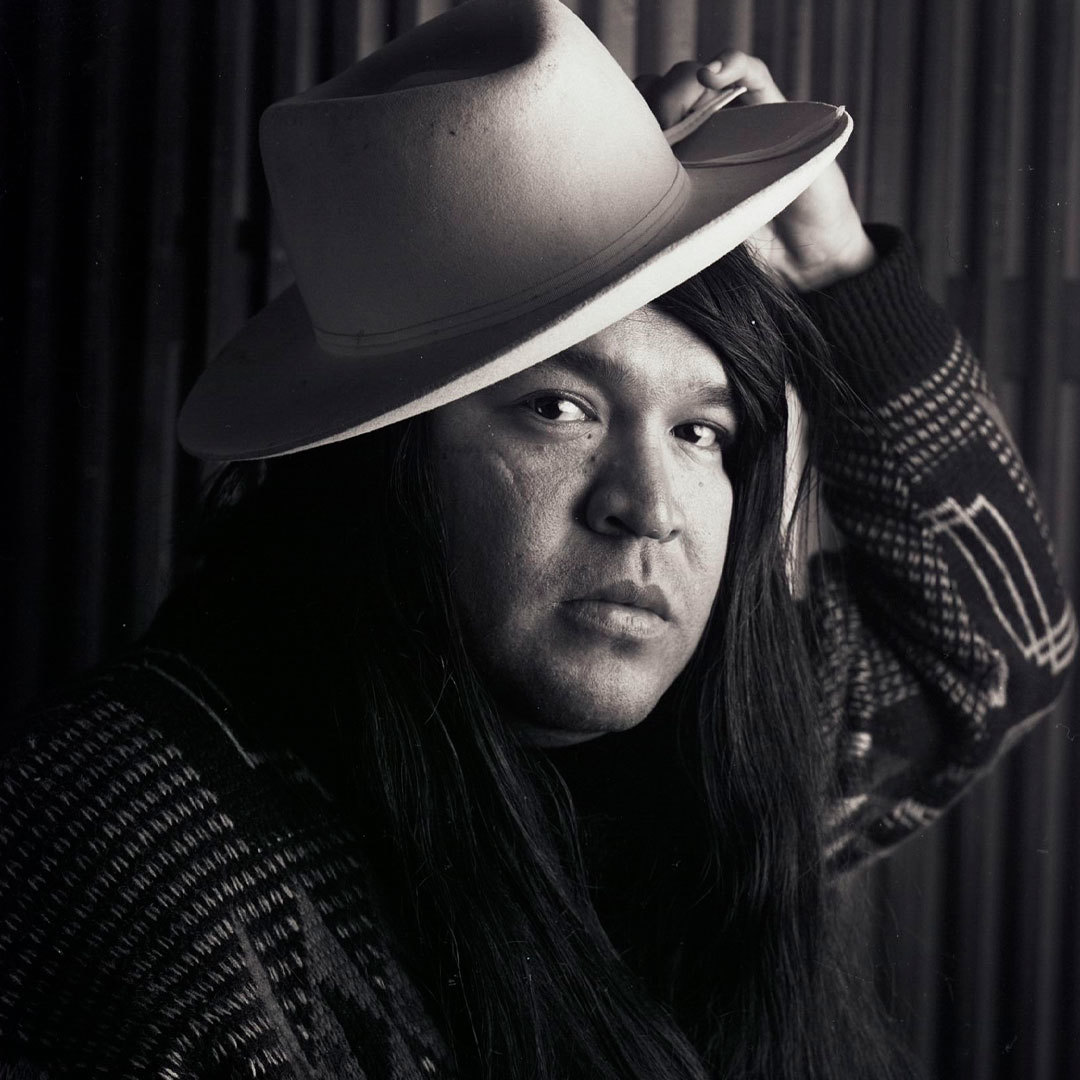 Fluidity of life, stillness of a lake; these are the ancient sounds of planetary rocks and trees, crackling through time, sending rhythmic patterns of eternal-energy. This is the sound of Papi Fimbres' music. Born and raised on the Pacific West Coast, his Latino culture infuses not only his music, but his way of life. Everything is here for a reason and has a sound that can be curated and understood. @papifimbres