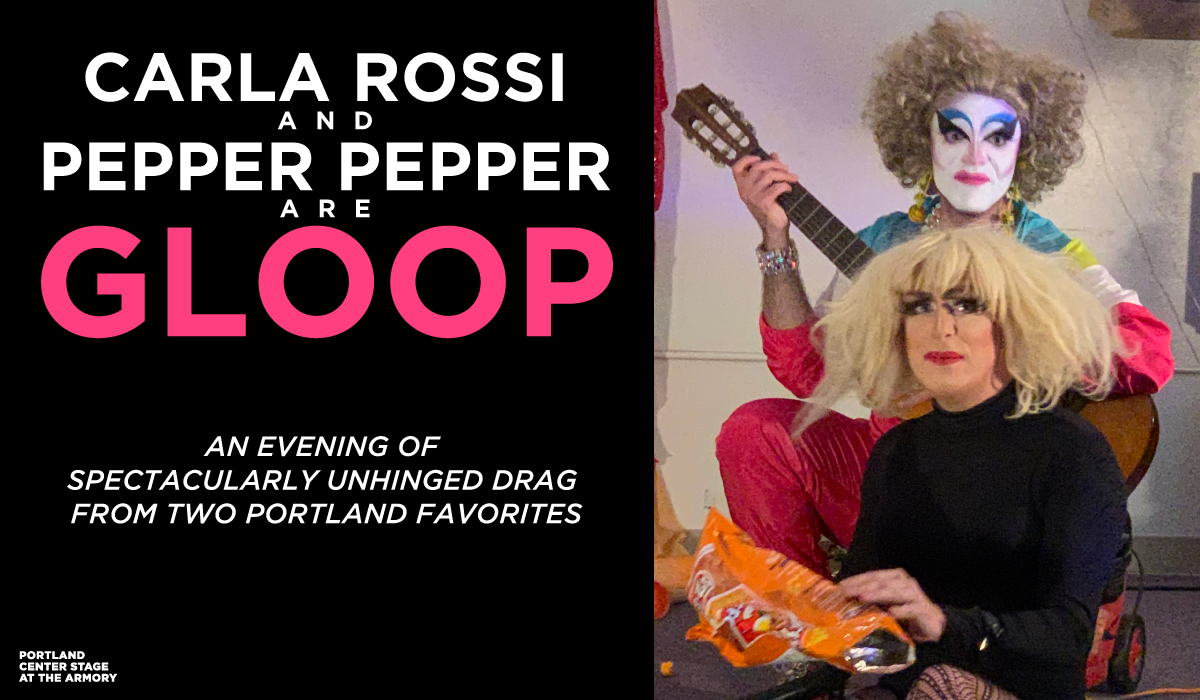 Portland's own Carla Rossi and Pepper Pepper bring you a brand new, evening-length drag explosion in GLOOP, the first live and local performance from this avant-garde drag duo since 2019!

In GLOOP, Carla and Pepper are slated to lead a psychedelic wellness seminar in Sedona until their party bus runs out of gas at Portland Center Stage, where they're left with no choice but to teach homodalities and hole-istic healing practices — and all before the mushrooms kick in.

Tackling art therapy, micro-dosing, land acknowledgments, and demonstrating what it looks like when a drag queen has a meltdown while lipsyncing on an actively-inflating airbed, GLOOP will teach you how to overcome (and monetize) your limiting beliefs through a gauntlet of spectacularly unhinged drag from two of Portland's most beloved grifters.

All guests who attend events or gatherings at The Armory must provide documentation that they have been fully vaccinated for COVID-19 by the date of their visit. Masks are also required at The Armory (KN95 masks are recommended). FULL DETAILS HERE 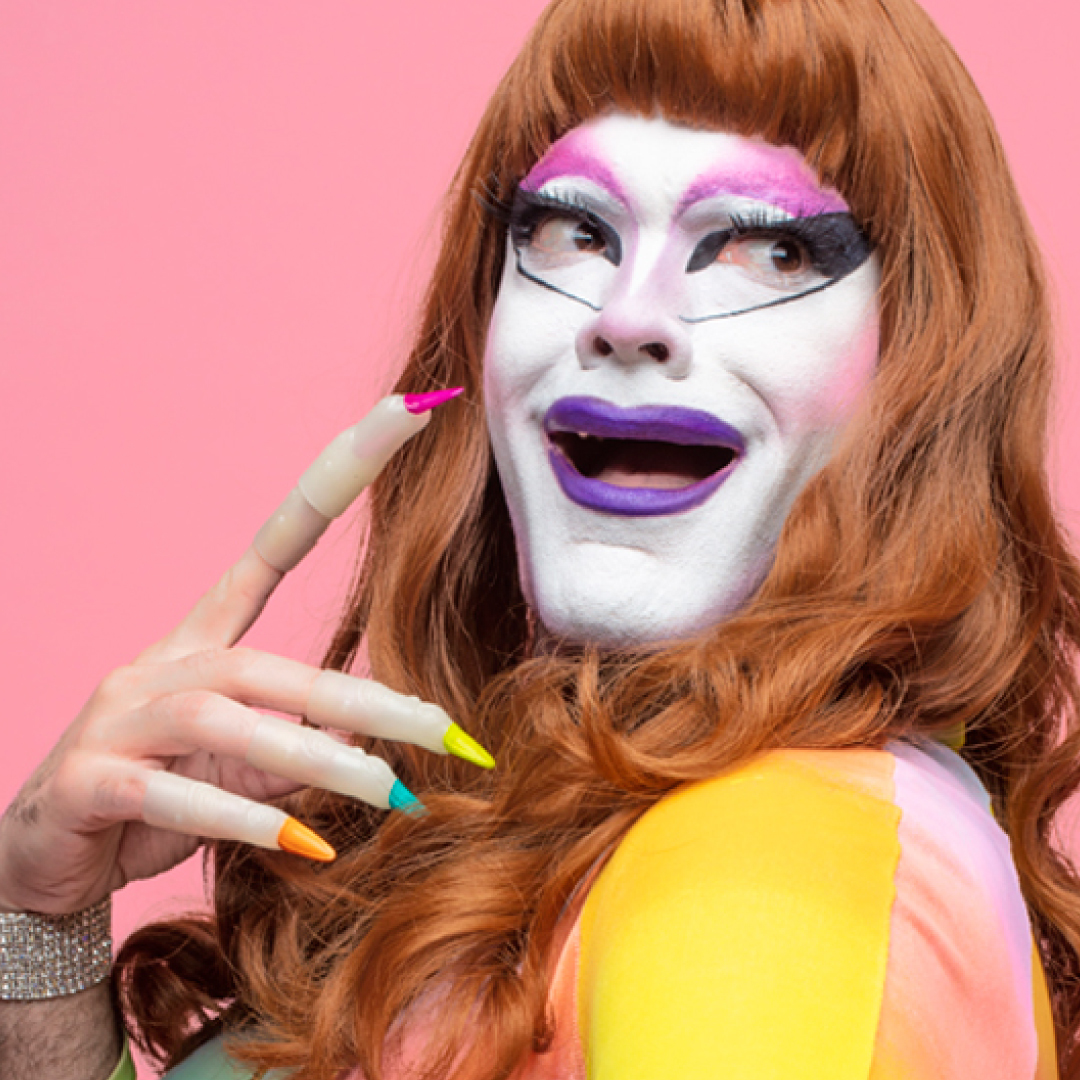 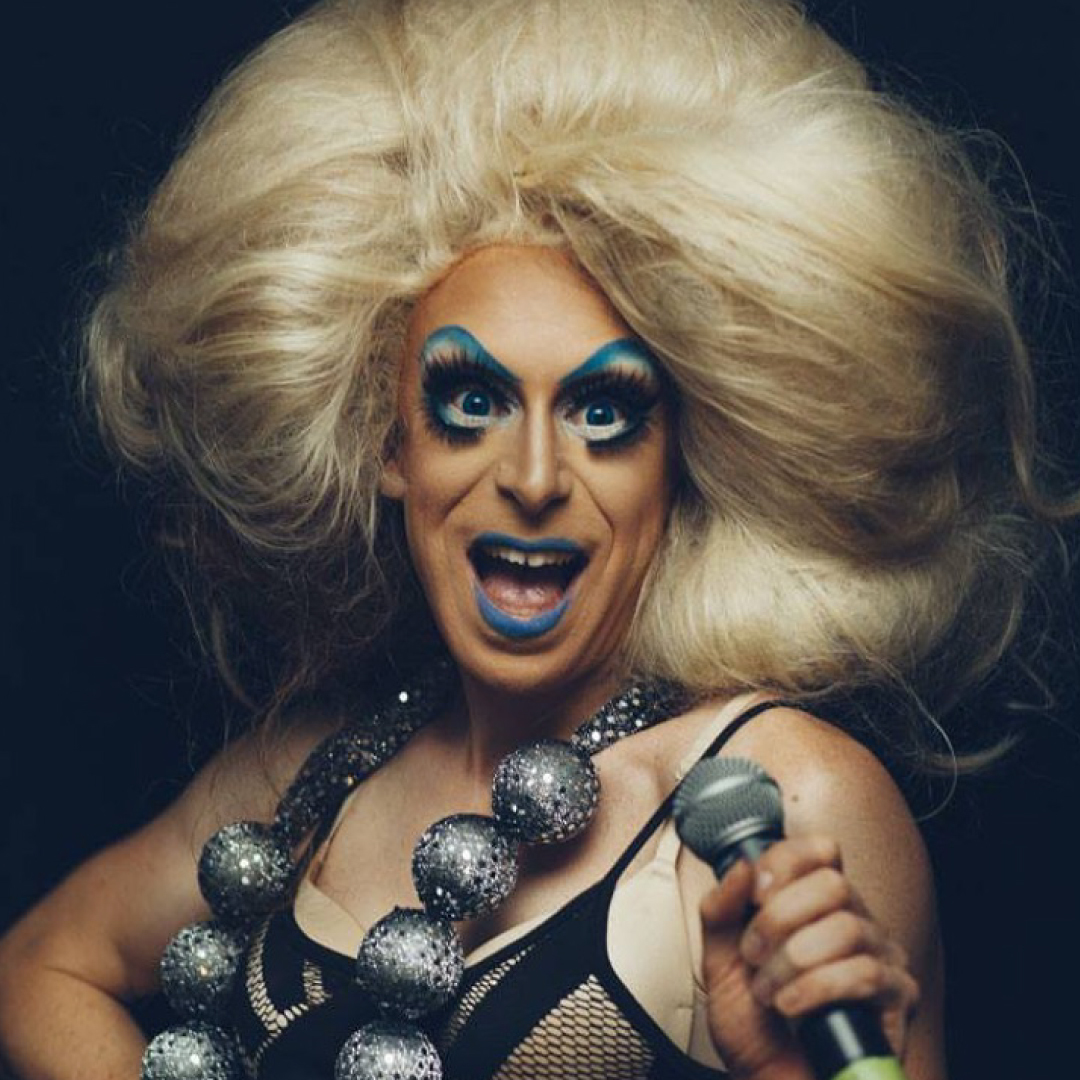 So spice, they named her twice — Pepper Pepper (aka Kaj-anne Pepper) is a performance artist, writer, and multimedia video maker. Their work explores the comedy and vulnerability of life through a surreal filter of magic, history, and technology. Pepper's 15+ year participation in Portland's drag nightlife is complemented with many collaborations with Portland theater and dance luminaries like Hand2Mouth Theater, Linda Austin Dance, and as an original member of Flock Dance Center. Recently Pepper was a 2020 Oregon Visual Arts Fellow and is currently an Alembic Artist in Residence at Performance Works Northwest, exploring a new solo about queer histories, memory, and the moon.

You may also be interested in the following related event(s):

Post-Show Conversation with Logan M. Ridenour-Starnes & Ash from Hedwig and the Angry Inch