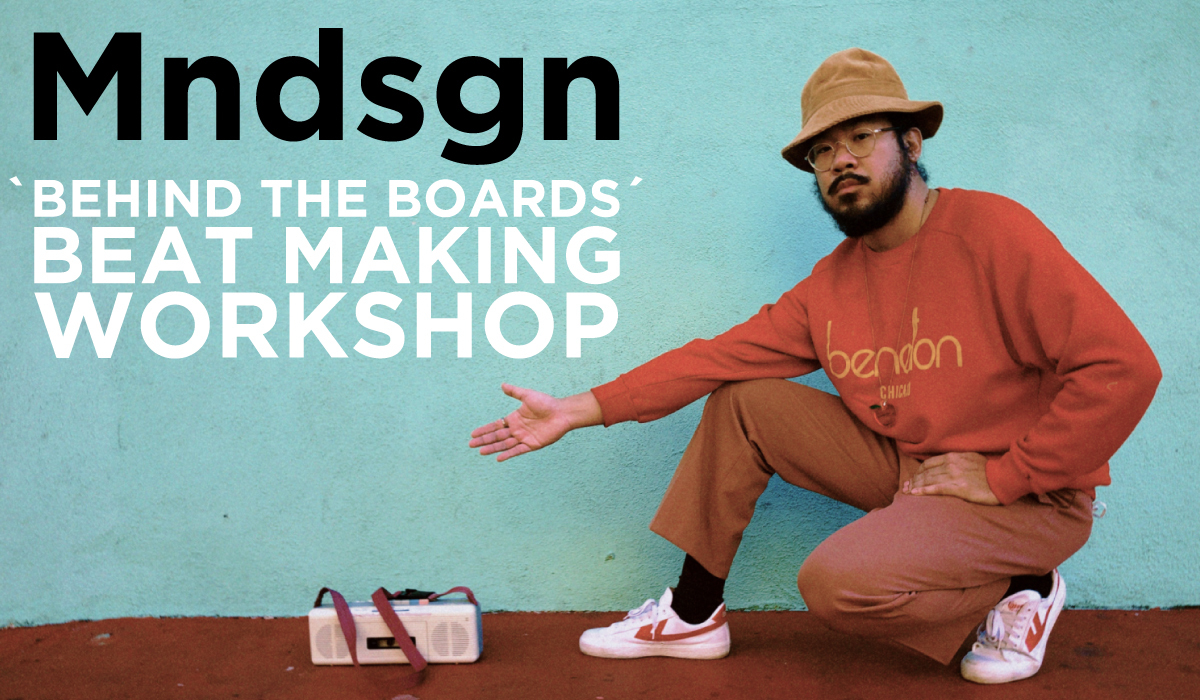 Learn about the creative process behind the music and production of the artist Mndsgn. This free event is offered in partnership with the 2022 BIAMP PDX JAZZ FESTIVAL and A Beat Happening. This workshop will be held prior to a concert featuring Mndsgn with The Rare Pleasures + Omari Jazz at Holocene later that night. Space is limited, so RSVP today!

No equipment needed. All ages welcome. 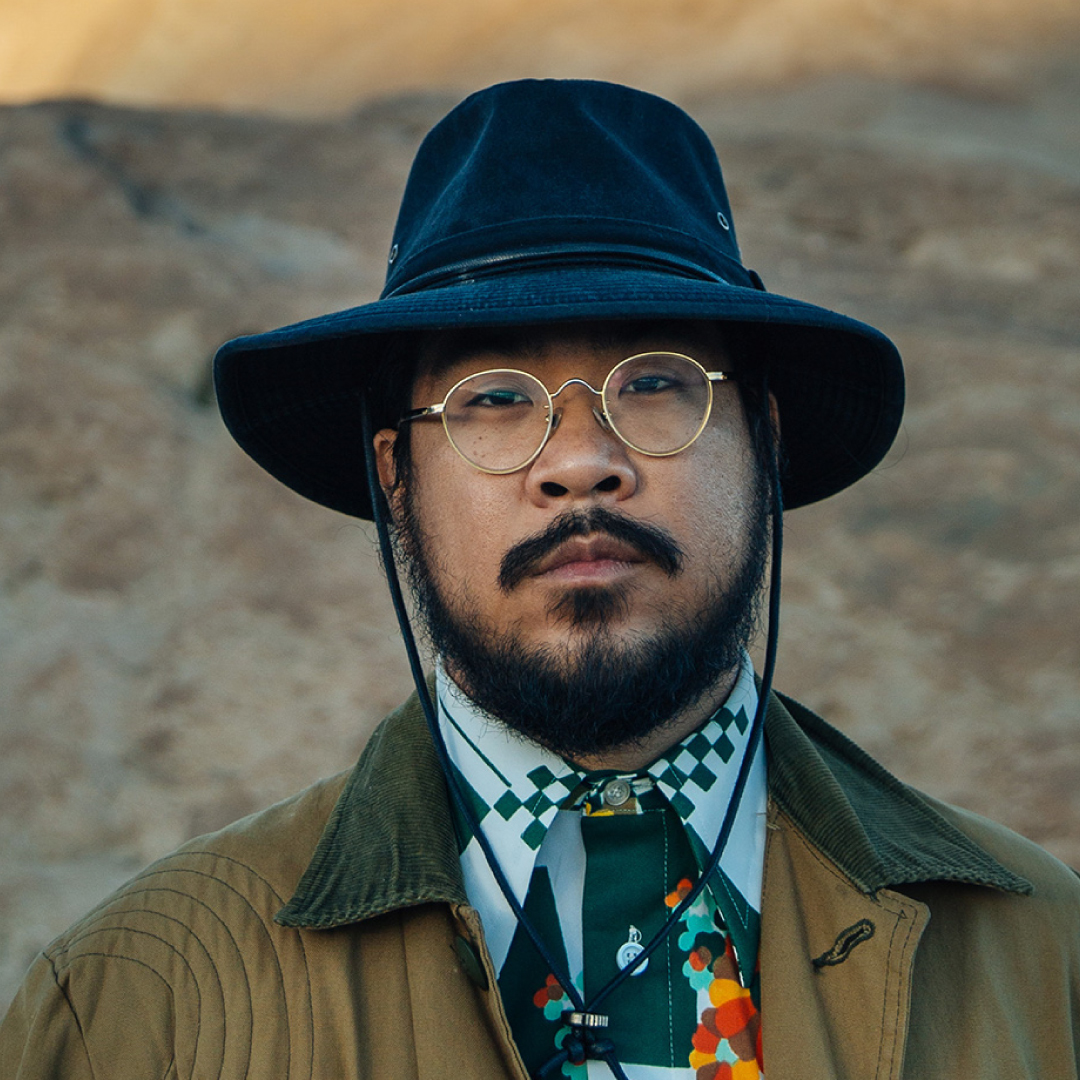 Mndsgn, aka Ringgo Ancheta, was born in San Diego, raised in the southern region of New Jersey, and is currently based in Los Angeles. The youngest of four in a family of Filipino descent, Ringgo grew up in a household where the love and appreciation of music were always present. Self-discovery began with illustrating the world through drawing and b-boying, which then evolved into a deeper appreciation for music as his older brother introduced him to rap music and beat production at a pivotal age.

From early on, Ringgo has aimed to explore the human condition in his music. Taken as a whole, his body of work chronicles the evolution of self, asking throughout: How can we live in a way that is true to ourselves? How can we find beauty in the everyday and unfamiliar?

Mndsgn began exploring these questions on his Stones Throw debut Yawn Zen (2014), which was followed up with Body Wash (2016), an album that drew heavily on 80s R&B and boogie, approached from a psychedelic, cosmic angle. Raw, mixtape-style records Snax and Snaxx followed in 2018 and 2019, along with the self-released Gonna B OK.

In the fall of 2018, Ringgo began building on dreams and sketches of songs that would later form a new record, Rare Pleasure. Rare Pleasure brings together the music that has inspired Mndsgn over the years — R&B, soundtrack music, psychedelia, and jazz — into a rich, expansive record. To bring his vision to life, Mndsgn assembled a cast of musicians: Kiefer (piano), Swarvy (guitar, bass), Will Logan (drums), Carlos Niño (percussion), Fousheé, Devin Morrison, and Anna Wise (vocals), Miguel Atwood Ferguson (strings), and many other master craft contemporaries.

Ringgo describes the concept of Rare Pleasure as an appreciation of sharing life, inward reflection, and the gift of joyful catharsis. Threaded throughout the album is a Rare Pleasure theme inspired by soundtrack music, specifically 70s/80s library and theme music, whose repetitions and variations, Ringgo says, “echo the recurring motifs we experience in life, sometimes being revisited by the same lessons in different shapes and forms.”

Though the message of Rare Pleasure feels especially relevant to the present moment, it has been a guiding principle throughout Mndsgn’s life: “We are beings living this human life that’s only going to happen once and only once, every moment infused with a magical impermanence, a rarity.” 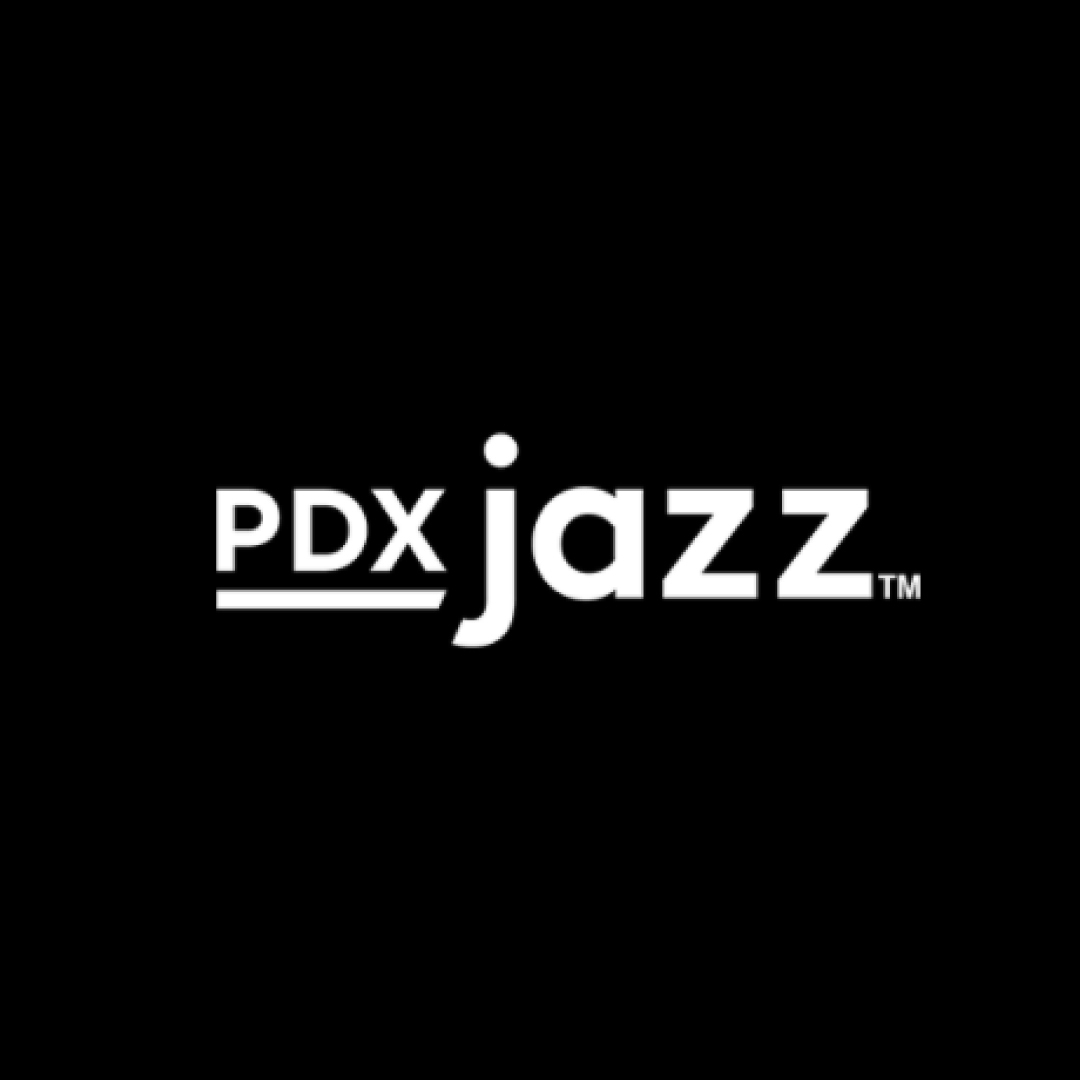 The mission of PDX Jazz is to evolve the art of jazz by engaging our community, celebrating live performance, and enhancing arts education.