Exploration of the Play

The phrase "breath of life" comes from a verse in Genesis describing the creation of man. "The Lord God formed the man of dust from the ground and breathed into his nostrils the breath of life, and the man became a living creature" (Genesis 2:7).

Of the central theme of the play, Hare wrote "You can no longer call it middle age, and you certainly can't call it old age. It's something in between... I wanted to describe two women at exactly that moment; a long past behind them, but the expectation of a considerable future in front of them."

Reviews of past productions:

"For the first time in more than 40 years, Britain's two greatest actress dames, Judi Dench and Maggie Smith, are appearing in the same play, together on stage throughout the evening without any supporting cast. Would Hare provide them with roles rich, deep and varied enough to suit their wonderful and distinctive talents?

For those of you who have booked seats and are holding your breath, the answer is an emphatic yes. The play is one of Hare's finest and, though he claims to have had no particular actresses in mind when he wrote The Breath of Life, the two characters might have been expressly written for Dench and Smith...

He lays bare the details of these women's lives with a mixture of cunning and precision that keeps you on the edge of your seat. So, too, does the prickly tension that crackles between them.

Best of all are the moments that allow Dench and Smith to look back through a long tunnel of years, to relive moments of pain and betrayal and love that cut right to the heart."

The Breath of Life review by The Guardian

"I refuse to be defined by the man in my life," says one of the dual heroines in David Hare's new play. But the curious fact is that the two women spend the bulk of the evening discussing the guy who was the lover of one and the husband of the other; and the result, although smoothly written and superbly performed, is more than a shade hermetic.

Clearly Hare's aim is to offer more than a few elegant variations on the eternal triangle. He is writing about "the wreck of memory", the dissolution of youthful hopes and the long adagio of late middle age. But, although Hare obviously believes life can begin again at 60, his two women seem excessively burdened by their past.

At least the luxury casting and Howard Davies's supple direction ensures the evening is a pleasure to watch. Smith brings out beautifully Madeleine's waspish irony, emotional withdrawal and permanent sense of having settled for less: she evenlistens attentively when the other character is speaking. And Dench is at her considerable best in registering the minutiae of pain as in the sudden glance she shoots at Smith when told that she is now "free."

In an exciting new partnership with the Multnomah County Library, we are proud to present a full reading list for The Breath of Life.

Hare graduated from Jesus College, Cambridge, in 1968 and founded an experimental touring theatre group that same year. He directed some of its productions and soon began writing plays for the group, including Slag (1970). With The Great Exhibition (1972) and Knuckle, (1974) Hare established himself as a talented playwright and a vigorous critic of the dubious mores of British public life. Teeth ’n’ Smiles (1975) examined the milieu of rock musicians, while the widely praised play Plenty (1978) was a searching study of the erosion of a woman’s personality, metaphorically evoking Britain’s contemporaneous postwar decline.

Hare continued to direct productions at various London theatres during the 1970s and ’80s. Pravda: A Fleet Street Comedy (1985), a play about newspaper tycoons coauthored with Howard Brenton, was the first of a series of plays castigating British institutions. It was followed by Racing Demon (1990), about the Church of England; Murmuring Judges (1991), about the legal profession; and The Absence of War (1993), about politicians. The Blue Room (1998) was an adaptation of Merry-Go-Round by the Austrian playwright Arthur Schnitzler. It follows the partnering of 10 pairs of lovers, each vignette featuring one character who appeared in the last.

Further plays include Stuff Happens (2004), which follows U.S. Pres. George W. Bush and his advisers in the run-up to the Iraq War; The Power of Yes (2009), the playwright’s attempt, via staged “interviews,” to understand the 2008 financial crisis; and South Downs (2011), a one-act play about a solitary schoolboy’s struggles with friendship in the 1960s. Behind the Beautiful Forevers (2014) was a stage adaptation of a nonfiction volume about a poverty-stricken area of Mumbai. The Moderate Soprano (2015) dramatized the founding of the Glyndebourne Festival Opera by John Christie and his wife, opera singer Audrey Mildmay.

Hare became known as a screenwriter for his film adaptation of Plenty in 1985. He also adapted The Secret Rapture (1988), his play exploring the complex relationship between two sisters, for film in 1994 and helmed the films Wetherby (1985) and Strapless (1989), for which he penned the screenplays. He wrote and directed Page Eight (2011), Turks & Caicos (2014), and Salting the Battlefield (2014), a trilogy of television films about aging MI5 agent Johnny Worricker (played by Bill Nighy). His screenplay adaptations of Michael Cunningham’s novel The Hours and Bernhard Schlink’s The Reader (released in 2002 and 2008, respectively) were nominated for Academy Awards.

In 2011 Hare received the PEN Pinter Prize, given to a British writer of outstanding merit. He was knighted in 1998. The Blue Touch Paper (2015) is a memoir of his early life and career. -Encyclopedia Brittanica

This article was most recently revised and updated by Richard Pallardy, Research Editor. 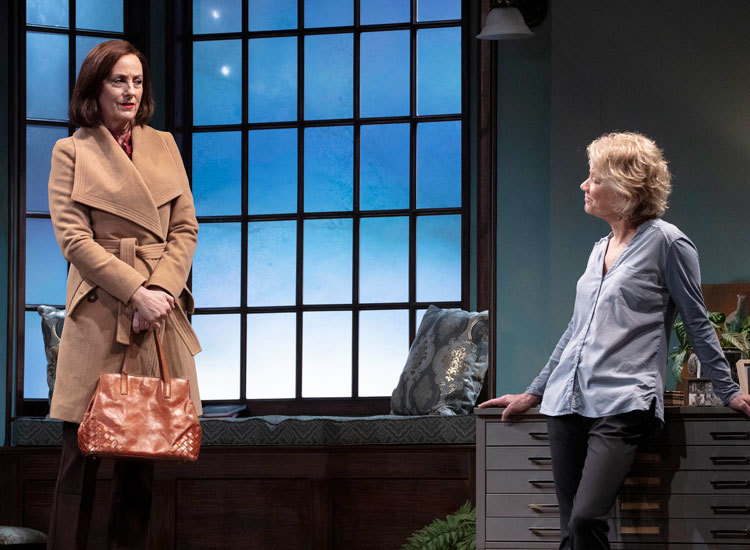 Don't miss this evening of phenomenal plays written by teens from our PCS Young Playwrights residency and Teen Academy classes. Their short scripts will be directed by Chip Miller and performed by professional actors.