In the post-Civil War South, three men are tied to each other by history and faith, but are also bound by secrets. A badly wounded Jewish Confederate soldier returns home at war’s end to find that his family has fled to the countryside. Remaining in the city mansion are two former slaves, also raised by his family as Jews. With Passover upon them, the three men unite to celebrate the holiday, even as they struggle to comprehend their new relationships at a crossroads of personal and national history.

The Whipping Man, which premiered in New York in 2011 to great acclaim, is an extraordinary tale of loyalty, deceit and deliverance. 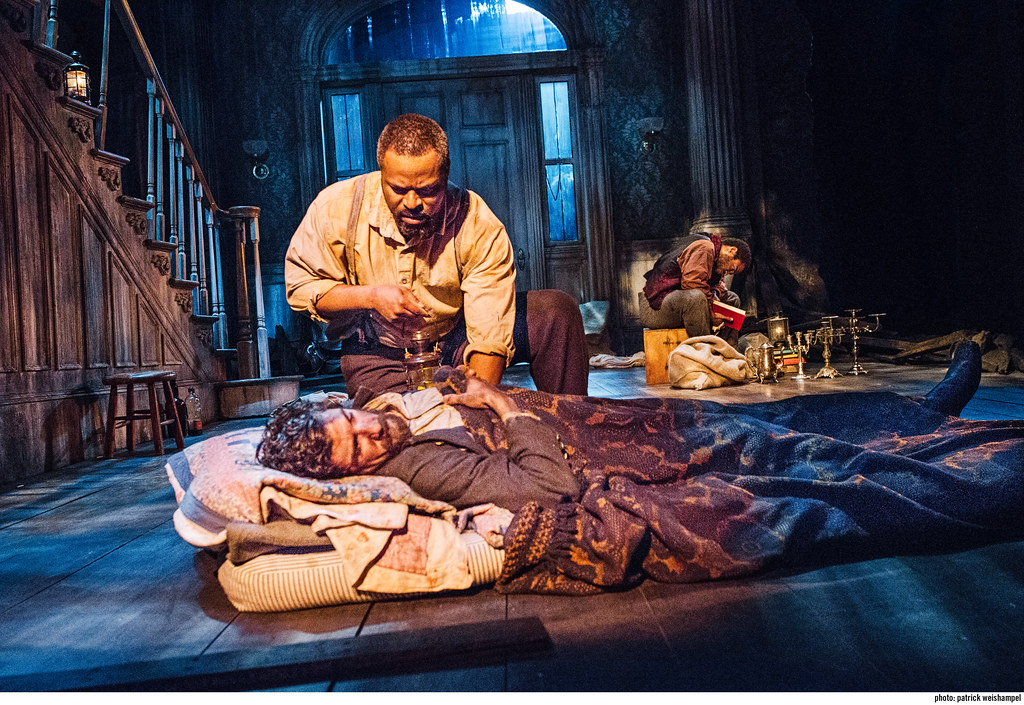