Boom! Bah Humbug! For a cocktail in honor of good old Scrooge, I decided to research what cocktails were popular during Dicken’s era. While the concept of a “cocktail” had not quite made it to England during that time, Dicken’s wrote about trying all sorts of concoctions when he visited the US. One of these drinks was the infamous Sherry Cobbler. It gets part of its name from being served over crushed ice that resembled cobblestones. As a result of this, it is one of the first drinks to be served with a straw to protect the sensitive teeth of the time from the ice. The cocktail itself is pretty basic – sherry, sugar, and orange – so I decided to do my own “twist” on it tying in some winter flavors by adding Laird’s Applejack and maple syrup in place of sugar. For an additional twist, we serve this martini style with orange zest.

The Protesting Orphan One of my favorite parts of the show is the protest of the Fraternal Order of Dickensian Orphans. The name “The Protesting Orphan” popped in my head while reading this part and it sounded like the perfect name for a cocktail. Embracing the child in me, eggnog immediately came to mind for this one, but I was hesitant to do yet another eggnog cocktail. My love for eggnog persisted though, and I decided to do it one of the ways I enjoy it most: eggnog chai latte. In honor of the protesting orphans I added a gingerbread element to the drink by spiking it with Below the Deck Ginger Rum and garnishing it with gingerbread.

Passed Out Present Mulled wine has been around since the Roman times and was popular during the Victorian Era. There are many versions of mulled wine but it usually consists of heating red wine with citrus and spices. Dicken's wrote about a type of mulled wine called “Smoking Bishop” in A Christmas Carol. My first experience with mulled wine was in Germany where they call it “Glühwein”. One way to make Glühwein is Feuerzangenbowle, "fire tongs punch,” where they set rum-soaked sugar on fire to caramelize the sugar as it falls into the mulled wine. I thought this would be a good cocktail to honor the Ghost of Christmas Present and her love of alcohol. While roaming the Weihnachtsmarkt (German Christmas Market) in the bitter cold, it is very easy to lose track of how many Glühwein you have had to stay warm, and you might find yourself in the state that the Ghost of Christmas Present finds herself. For time and safety, I prepared the mulled wine, fire and all, before service. Merlot is heated and spiced with cloves, cinnamon sticks, nutmeg seeds, star of anise and orange. Sugar cubes are soaked with Below Deck Spiced Rum and a little Cruzan 151 to set them aflame. It seasoned to flavor with additional Below Deck Spiced Rum.

Nutcracker Deep Cuts Since “Nutcracker Deep Cuts” is an album pulling random musical parts out of the Nutcracker, I decided to take an abstract approach to inspiration for this cocktail and focus on colors. Looking for a rich red color I turned to Wild Roots Dark Sweet Cherry Vodka. Wild Roots knows how to capture real fruit flavors in their vodkas without being overly sweet. The Dark Sweet Cherry Vodka gives a rich flavor that reminds me of sauce made for a roasted duck that might have been served at the Christmas party shown in the Nutcracker. From this came the idea to add rosemary in a simple syrup form and then lemon and soda water are added for balance. Since Rosemary looks similar to pine needles, I thought it would be fun to shape the rosemary to look like a tiny pine tree branches coming out of the drink. Plus, its green color makes a nice festive contrast to the deep red color of this cocktail.

Fruitcake Weather As soon as I started to read A Christmas Memory, I made it my mission to come up with a fruitcake cocktail. There are many versions of the fruitcake recipe, so I let the story guide me with flavor choices. I was excited to use Eastside’s new Burnside Oregon Oaked Bourbon as the whiskey component and then I found Praline Pecan Liqueur for the pecan taste. To capture the spice and orange elements I turned to Townshend’s Spice Tea Liqueur and Reagans Orange Bitters. Soda water is added to balance it all out. It took a couple tries with different measurements, but I believe I was able to capture the essence of a fruitcake in a cocktail. “Fruitcake Weather” is topped with various dried fruit to complete the look and taste. 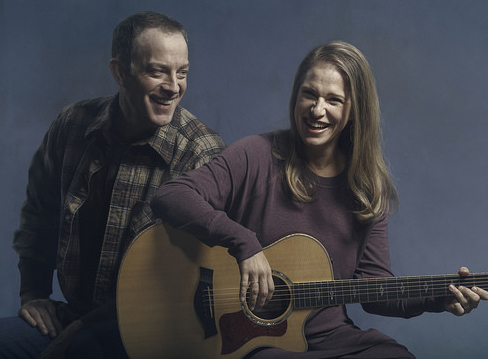 Learn about the artists behind our new show in the Ellyn Bye Studio. 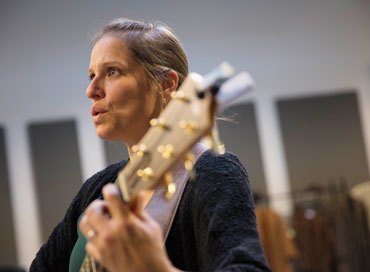