Irving Berlin wrote a tremendous amount of songs in his career. His music constitutes a chunk of the Great American Songbook, and titles like “God Bless America,” “Blue Skies,” “Puttin’ on the Ritz,” and “Cheek to Cheek” have become recognizable by generations of people. But one of Berlin’s songs has outsold and outlived nearly all the others and remains a staple of the holiday season each year -- “White Christmas.” Though nobody is exactly sure when Berlin wrote the song, it was likely sometime in the late 1930s as part of a Broadway musical review about holidays. The show was never produced, but the concept was adopted by Paramount Pictures and turned into a film titled Holiday Inn(1942). The film starred Bing Crosby and Fred Astaire, and was the first time audiences heard Crosby’s smooth baritone voice sing the tune that lives on as an icon of Christmas spirit over 70 years later. The song was released as a single and rocked the charts, soon to be picked up by Armed Forces Radio and played for American soldiers overseas during World War II. Crosby would travel to Europe and sing it for soldiers, whose response to its heartfelt simplicity was the nostalgia of home they were missing for the first time. 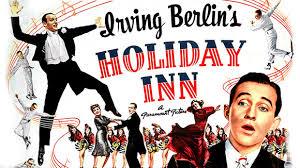 Fast forward to 1954 and a film called White Christmas, which kicks off on a World War II battlefield as Bob Wallace (played by Crosby) performs the number on Christmas Eve for his fellow soldiers. Though the song was 12 years old and becoming a modern classic at the time of the film, a new version was included in the picture because the master recording of the original 1942 cut had worn out from overuse. “White Christmas” bookended the titular film as its opening and closing act. The film was conceived as the latest in Paramount’s Irving Berlin showcase musicals, and was originally written for Crosby and Astaire to appear together as in Holiday Inn. Astaire dropped out after reading the script, allowing Danny Kaye to fill in the role of Phil Davis, Wallace’s on-stage act partner. The film was a huge moneymaker and the song won Berlin an Academy Award. More than that, the movie furthered the heartfelt American response to “White Christmas,” as well as its significance with the military.

Author Jody Rosen, who wrote a book about the song, noted, “The Army used 'White Christmas' as the secret signal instructing American soldiers to evacuate Saigon. It was played several times in a row over Armed Forces Radio. So what's interesting is this song, which during WWII was really the song of American soldiers' homesickness, became somewhat ironically in 1975 the 'Let's go home and get the hell out of here' song for the American Army in Vietnam." 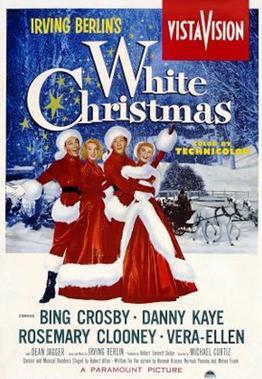 In spirit, “White Christmas” is a blues song, and it has been covered hundreds of times by what seems like nearly every artist who has released a Christmas album. It stands out among its mostly upbeat brethren in the holiday song category. It is emotionally complex. Rosen theorizes, “The kind of deep secret of the song may be that it was Berlin responding in some way to his melancholy about the death of his son.” In 1928, Berlin’s three week-old infant died on Christmas morning.

"The most popular Christmas carol in America stands apart from the others in a number of ways: It’s not upbeat, there are no fanciful characters and it isn’t religious. Instead, it’s melancholy and wistful – full of longing for bygone days. 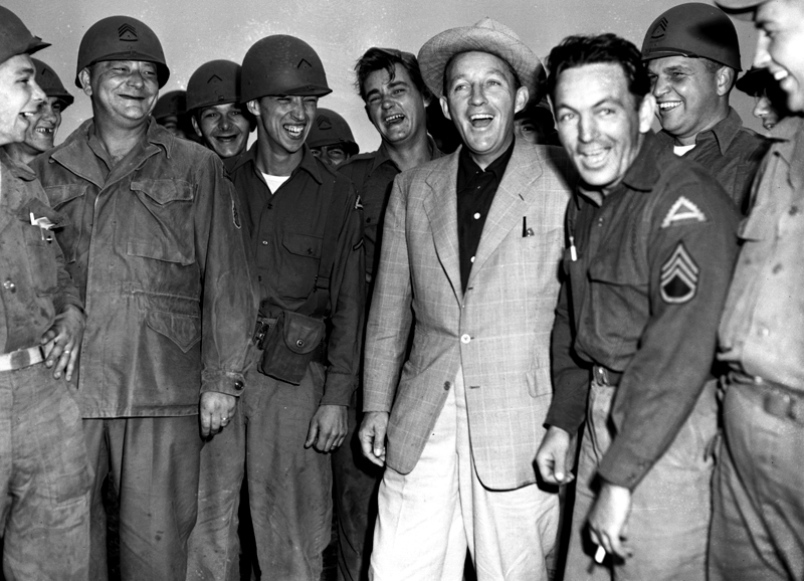 But the longing and coziness of the song had a deeper meaning that day. Families tuning in to that broadcast were thinking about the tragic event that happened just 18 days before: the Pearl Harbor attack. By the following winter, young American troops found themselves overseas during the holidays. Armed Forces radio played “White Christmas” over and over to remind them of home.

Bing Crosby recorded the song for distribution in 1942. When Crosby traveled overseas to perform for the troops, the carol was always the most requested, despite Crosby’s reservations about performing it. 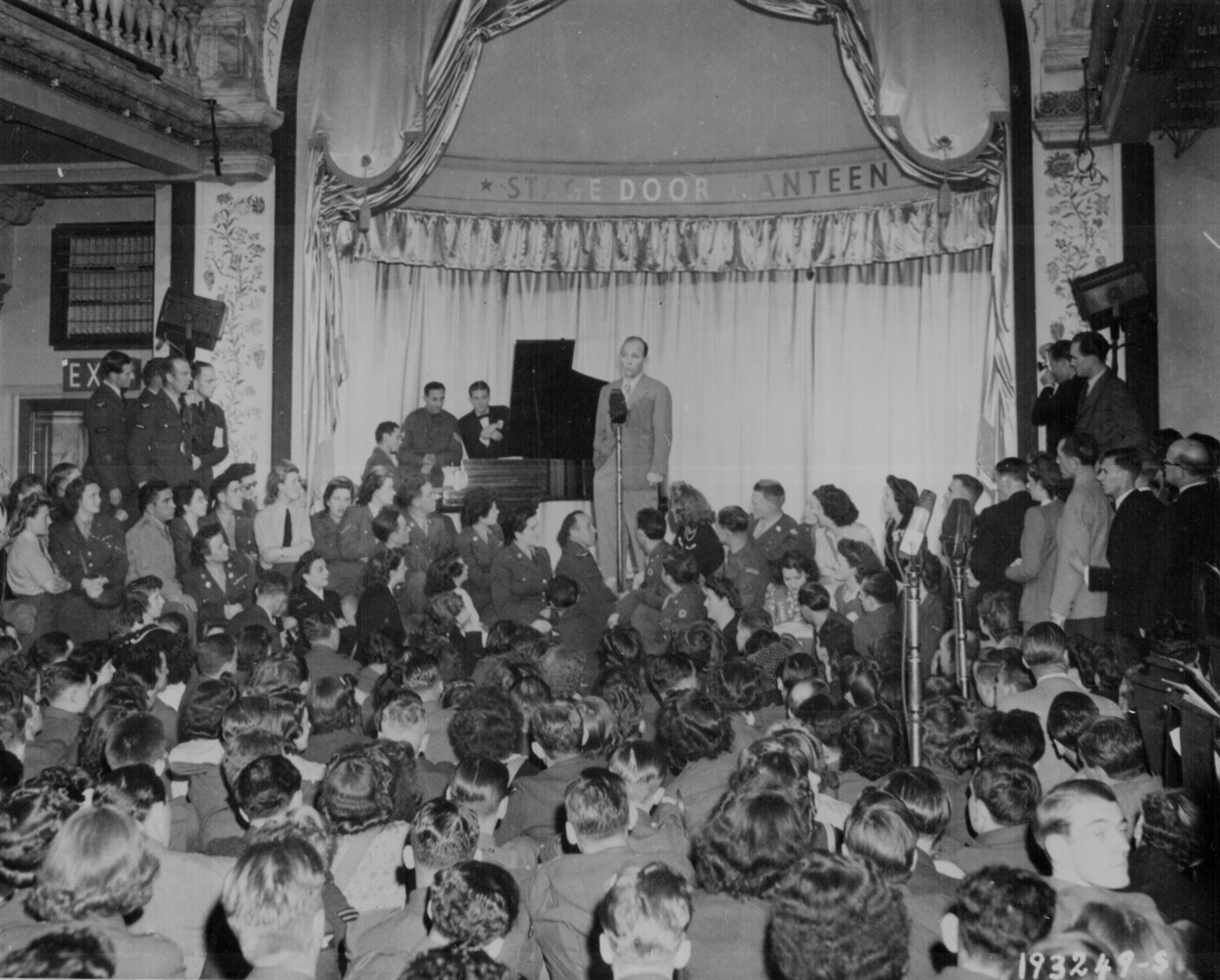 “I hesitated about doing it because invariably it caused such a nostalgic yearning among the men, that it made them sad,” Crosby said in an interview. “Heaven knows, I didn’t come that far to make them sad. For this reason, several times I tried to cut it out of the show, but these guys just hollered for it.”

Unless you were alive in the 1940s, you haven't heard the recording of “White Christmas” that made it famous.

The radio premiere of the song on Kraft Music Hall was lost or taped over. Crosby’s original 1942 master recording – the version heard by troops overseas – wore out from overuse. The most familiar version is from 1947, when Crosby re-recorded the song hoping to recapture the original magic.

For composer Berlin — who also wrote “Alexander’s Ragtime Band” and “God Bless America” — “White Christmas” was an unexpected hit. It was a simple song: just 54 words and 67 notes. It was written for a musical revue about the holidays that eventually became the movie “Holiday Inn.”