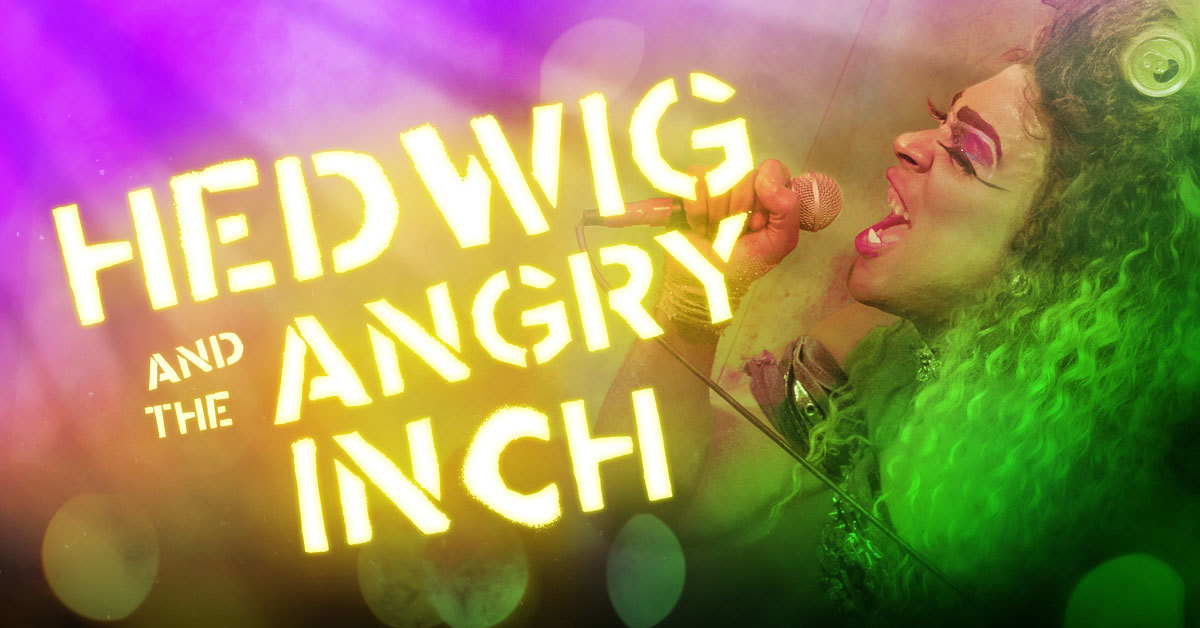 All attendees must provide documentation of COVID-19 vaccination by the date of their visit or a negative test within 72 hours prior to visiting. Masks required. FULL DETAILS HERE

Winner of 4 Tony Awards, including Best Revival of a Musical 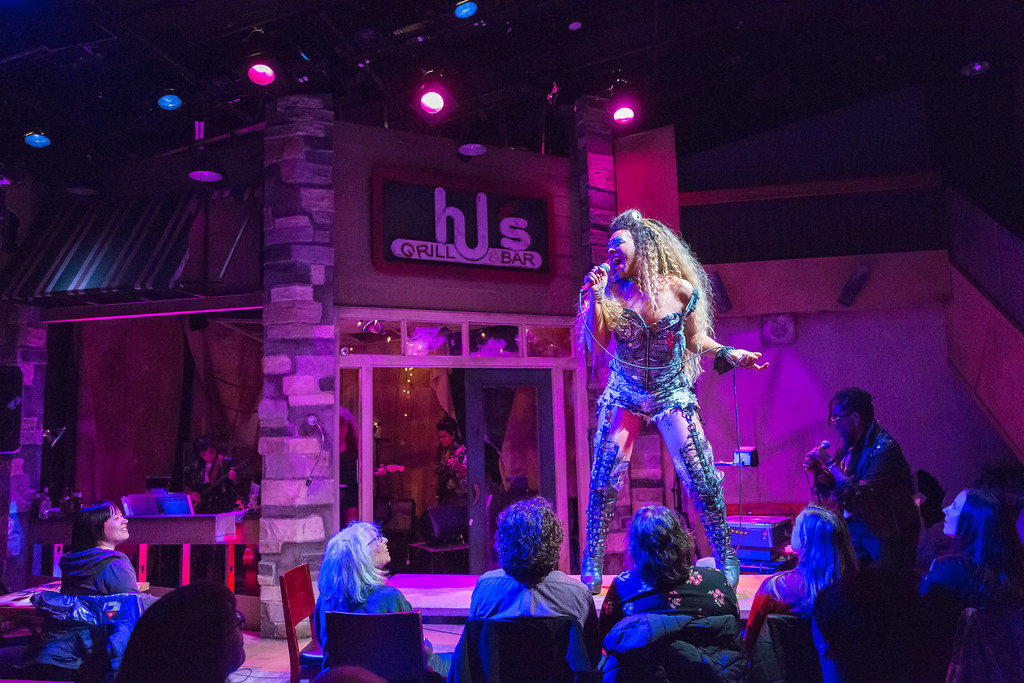 Approximately 1 hour and 30 minutes, no intermission.

Recommended for ages 14 and up. Contains adult situations, strong language, and sexual references.

In an abandoned mall turned last-stop-before-the-grave performance space, the grungy and glam rock band The Angry Inch welcomes us to their gig and introduces their lead singer and frontwoman, Hedwig, a German immigrant refugee from formerly communist East Berlin. During an explosive opening number, Hedwig describes how the political chaos of the Berlin Wall era parallels the chaos of her own journey to self-discovery.

We come to realize that Hedwig plans to use her concert to tell us her life story — not only so we can get to know her, but more importantly, so that she can expose her ex-lover, the megastar pop rocker Tommy Gnosis, as a fraud who stole all of her songs and career opportunities. Soon, the concert begins to morph, at times feeling like a confessional booth, a cabaret, or even a stand-up comedy show. We are firmly in Hedwig’s grasp, in a world propelled only by her seductive storytelling, gut-punch sense of humor, and addictive tunes.

Growing up as a young boy in East Berlin, Hedwig (born Hansel) lived a meager life with his single mother after she threw his father out when he sexually abused Hansel. Due to the ascetic and paranoiac lifestyle of the East German regime, Hansel developed an active inner life and found solace in American rock music, especially the balladeering women of folk and the proto-punk and glam counter-culture bands of the 1970s. Hedwig reveals that even as a child, she felt an intangible emptiness inside, a sense that her “other half” was missing. She sings of how this feeling permeated her perspective and ushered in her search for love.

One day, while sunning himself on some rocks after being dismissed from university for radical lectures, Hansel meets an American G.I. named Luther and begins a romantic relationship with him. Luther initially thinks Hansel is a girl, and when it comes time for Luther to return to the States, he wants to marry Hansel and go together. But to do this, Luther and Hansel’s mother force him to undergo gender reassignment surgery. Hansel becomes Hedwig, but the operation on her genitals is botched. Hedwig is left with what she calls her “angry inch.”

Luther abandons Hedwig soon after they arrive in the USA. Alone in the rural Midwest, Hedwig works odd jobs and performs sex work to survive while spending her free time writing songs. She eventually lands a job as a nanny to the children of an Army commander, the eldest son of whom is Tommy. Hedwig and Tommy fall violently in love and begin creating music together; she expands his creative horizons and even gives him his stage name: Tommy Gnosis. But Tommy is a conservative Christian and will not accept Hedwig’s status as a social outsider or her gender journey. He rejects Hedwig and leaves her behind. A bit of time passes, and Tommy Gnosis rises meteorically as a pop idol by watering down the song catalog that Hedwig co-wrote. Finally fed up with being pushed aside and silenced, Hedwig puts together her band The Angry Inch and follows Tommy’s stadium tour around the country, using the tabloids to her advantage to try and take Tommy down and get what is rightfully hers.

But the night we’re present with her, Hedwig comes to a realization that the struggle may not yield the results she desires … and perhaps it’s just time to let go and start over on a new path, even if she’s alone forever. In the poignantly surreal final sequence, Hedwig assumes — and then sheds — Tommy’s stardom before bestowing her own mantle upon Yitzhak, her faithful bandmate and tempestuous lover. As Yitzhak transforms into a new version of Hedwig, Hedwig seems to make peace with her existence. The show ends when she is drawn into a bright light, ascending to a realm of her own, a private place of self-completion, where we may never follow her. 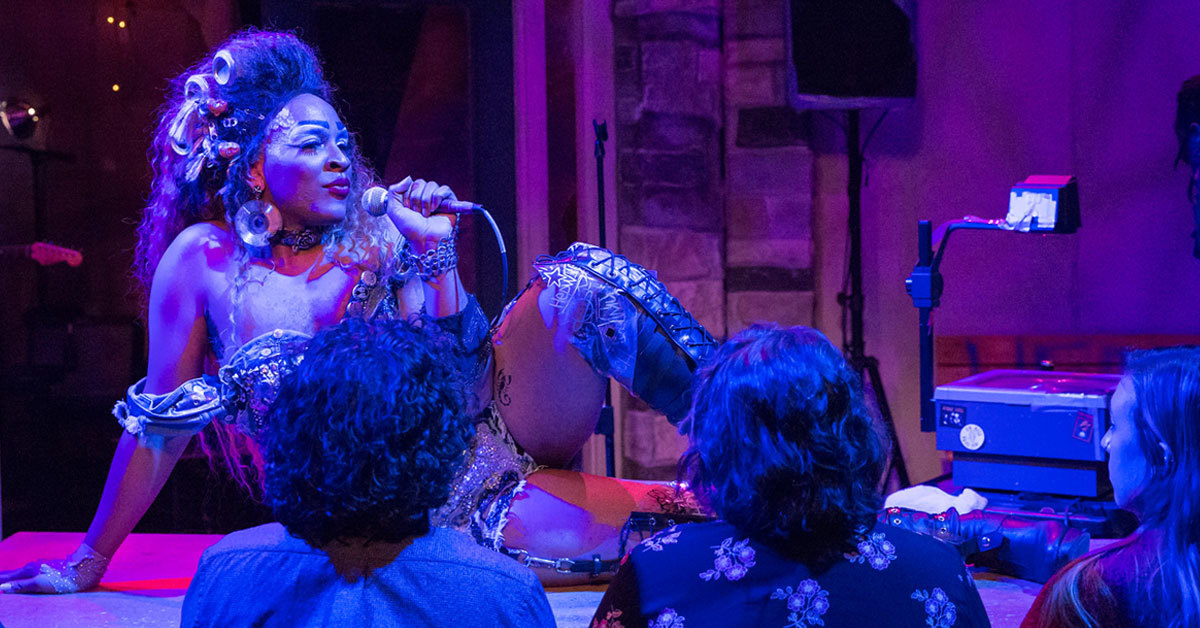 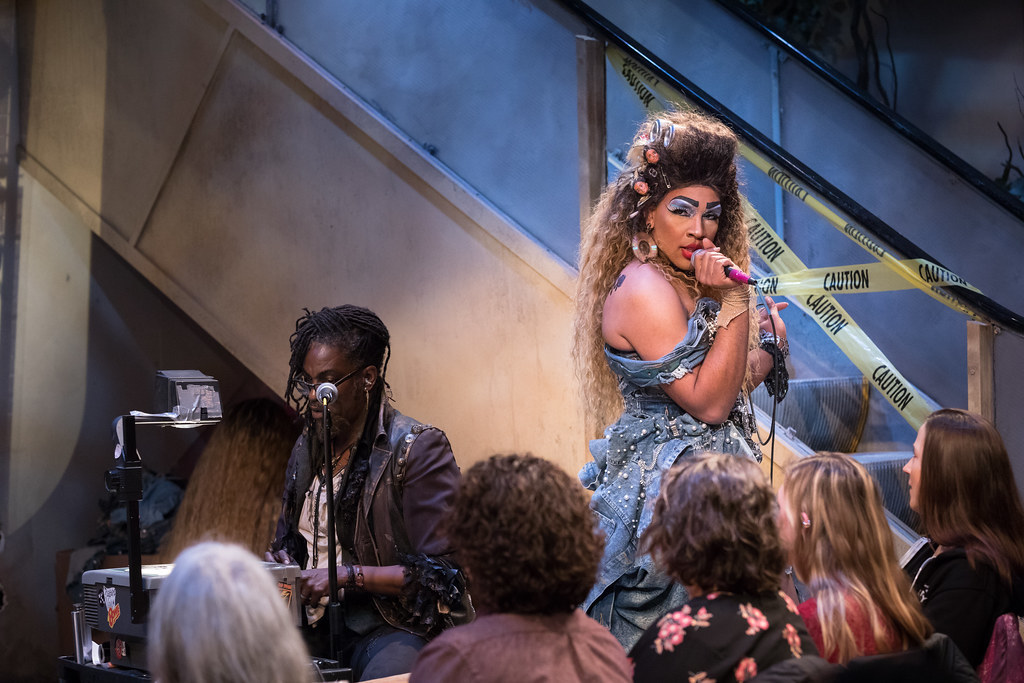 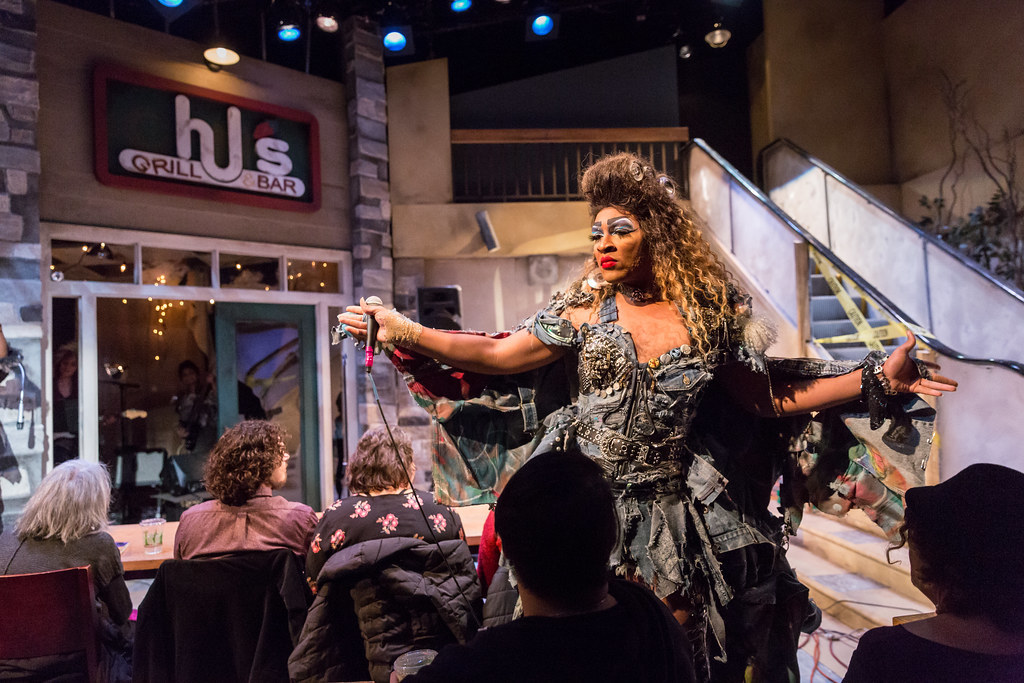 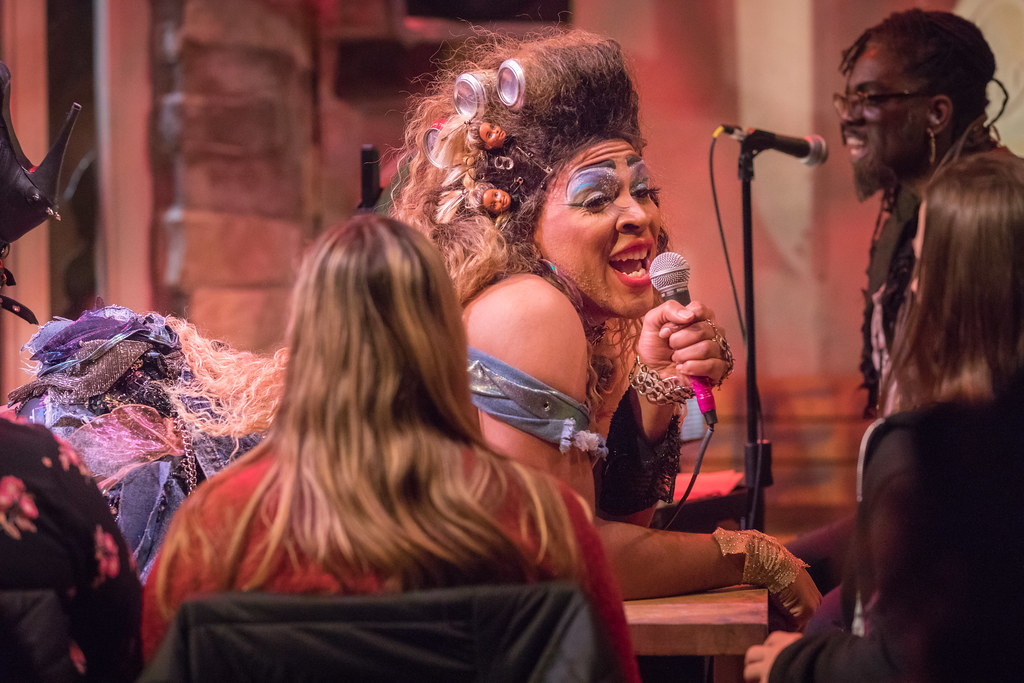 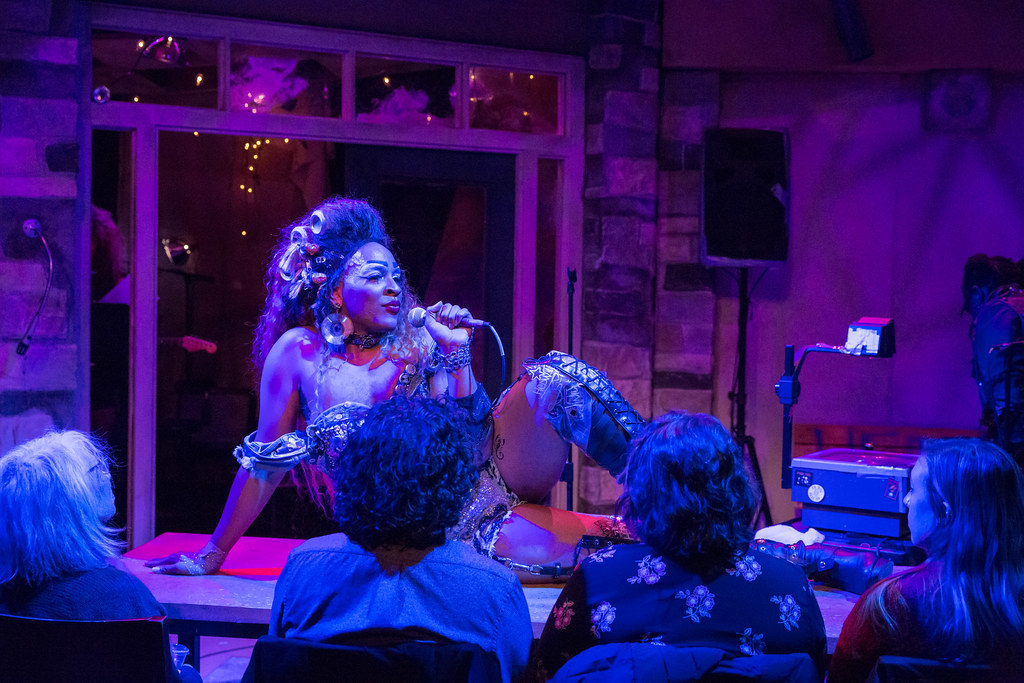 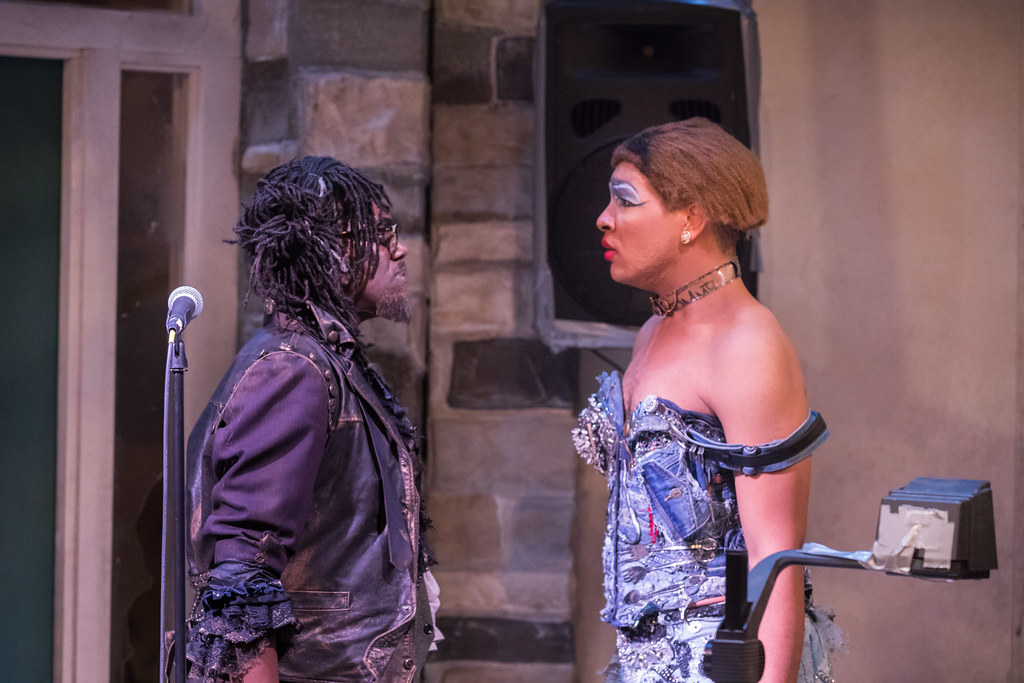 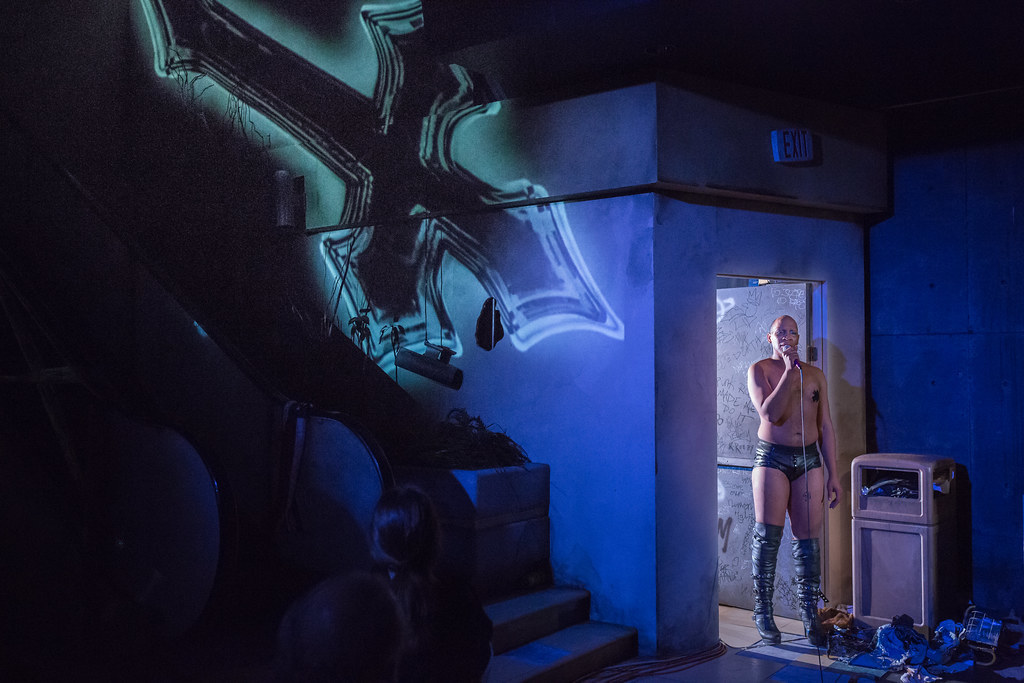