William Shakespeare was born on or around April 23, 1564 and grew up in a small town outside of London called Stratford-upon-Avon. Although his father was a successful glove maker, at first he could only afford to send Shakespeare to grammar school. There, Shakespeare studied rhetoric, Latin, and the classics. His father was elected the High Bailiff of Stratford (what we would consider a mayor today), but he accumulated a large amount of debt around the time Shakespeare was a teenager. Eventually Shakespeare had to join his father selling and making gloves, belts, and purses to keep the family business afloat. Shakespeare never attended university. When he was 18, he married Anne Hathaway, who was 26, and six months later they had their first daughter, Susannah. In 1585, they had twins, Judith and Hamnet.

The seven years after the birth of Judith and Hamnet are called Shakespeare’s “lost years,” because information about him is incomplete and contradictory. However, we know that Shakespeare traveled to London in his late 20s to begin pursuing a career as an actor and playwright. In just two years in London, Shakespeare premiered his first play, part one of the Henry VI series. Between 1590 and 1592, he would go on to see the remaining Henry VI plays, as well as Richard III and The Comedy of Errors performed. In 1593, the plague struck and all the theaters in London were shut down. Shakespeare spent this time writing the narrative poems Venus and Adonis and The Rape of Lucrece and possibly the Sonnets.

In 1594, Shakespeare became a shareholder in the Lord Chamberlain’s Men, one of the most popular London acting companies at that time. Shakespeare would work with the company throughout his lifetime, occasionally appearing in small roles, but mostly writing plays for the company to perform.

In his later years, Shakespeare returned to Stratford where he continued to write. During his 23 years as a playwright, Shakespeare authored 38 plays, two narrative poems, and 154 sonnets before his death on April 23, 1616, at the age of 52. He is the most performed and read playwright in the world.

When Shakespeare arrived in London and began writing, England was a powerful nation ruled by Queen Elizabeth I. It was a time of exploration and international expansion. With Queen Elizabeth’s support, this Golden Age in English history ushered in a flowering of poetry, music, literature, and theater. Elizabeth’s successor, James I, was a supporter of the arts, and became a patron of Shakespeare’s theater company (Lord Chamberlain’s Men), which they renamed The King’s Men in honor of James’ patronage.

These were also dangerous times. Multiple outbreaks of the plague, also known as “The Black Death,” closed down theaters and killed tens of thousands. On November 5, 1605, two years after King James I took the throne, a group of religious dissidents planned to blow up Parliament (the British equivalent of Congress) on the opening day of the legislative session. Their plot was discovered just in time when Guy Fawkes, the man ready to ignite the explosives, was found and captured along with the other conspirators. They were all charged with treason, convicted, and publicly executed.

Theater at the Time of Shakespeare

Theater was the main form of popular entertainment during Shakespeare’s time. People of all classes attended the theater, from beggars to nobility. Shakespeare’s plays were performed in many different settings: his home theater, the Globe; the indoor Blackfriars Theatre; and for noble audiences, at court. Most theaters at this time, including the Globe, were round open-air spaces that had seats surrounding the stage. The most expensive seats were in the second or third levels of the galleries, under a roof. Those with less to spend stood at the foot of the stage for the equivalent of a penny. Because they stood at the ground level they were called “groundlings.” A theater like the Globe could be packed with as many as 3,000 people. The audiences were loud and unruly and it was not uncommon for audience members to shout and interact with the performers, comment loudly on the action to their fellow spectators, or throw things at the actors on the stage.

In 1608, Shakespeare’s company began using the Blackfriars Theatre during the winter; a smaller indoor space that was the first theater to use artificial lighting. Ticket prices started at six pence, six times the price of the cheapest seat at the Globe, but with artificial lighting and scenery, audiences gained enough spectacle to justify the higher ticket prices. When performing at court, The King’s Men would set up makeshift theaters at in the homes of wealthy hosts and provide private entertainment for the invited noblemen and women.

In Shakespeare’s time, women were forbidden to perform on the public stage, so all the roles in Shakespeare’s plays were played by men and teenage boys!

Shakespeare's primary source for Macbeth was a hugely popular 16th-century book written by Raphael Holinshed in 1577 (and revised in 1587) called Chronicles of England, Scotland and Ireland. This collection of historic events and popular legends included the story of an 11th-century Scottish king named Macbeth. Like many writers, Shakespeare used Holinshed’s stories as source material, but then engaged his imagination to create his own dramatic re-telling. Some of the changes included:

During the middle of Shakespeare's career as a playwright, and three years before he wrote Macbeth, James I became King of England. Scholars have noted the following connections:

WITCHES AND THE SUPERNATURAL

The witches in Macbeth were influenced by three strange women described in Holinshed's Chronicles, as "nymphs," "fairies," and "goddesses of destiny." Scholars believe that Shakespeare might have included witches in Macbeth because of the following:
•Belief in witches was common in Shakespeare's day. During Queen Elizabeth’s reign, there were 247 witch trials.
•James I had an avid interest in witchcraft and was thought to be the instigator of a witch hunt during his reign in Scotland.
•James I wrote a book on supernatural creatures and demons called Daemonologie.
•By calling them the "Weird Sisters," Shakespeare seemed to be tying them to the Wyrd, the goddess of fate in Anglo-Saxon literature. Fate is a significant theme in Macbeth.

Shakespeare was a master wordsmith who had an unrivaled command over the English language. Shakespeare used at least 15,000 different words in his plays and poems (and some attest, close to 30,000), compared to the King James Bible, which used only 8,000. In addition, as Michael Macrone, author of the book Brush Up Your Shakespeare! explains, it’s difficult to figure out who first coined a word or phrase, but the Oxford English Dictionary credits Shakespeare with coming up with over 500 original words.

Today we speak in what is called prose, ordinary speech that doesn’t have a specific pattern or rhythm to it. While Shakespeare sometimes wrote in prose (Macbeth’s letter to Lady Macbeth is in prose), most of Macbeth is written in a specific type of verse (poetry), called blank verse. Blank verse is unrhymed iambic pentameter — a line of 10 syllables that has a rhythm like a heartbeat. The first syllable/beat is unstressed and the second is stressed (the stressed one is called the “iamb.”)

Here’s a line of unrhymed iambic pentameter from Act 1, Scene 7 of Macbeth:

False face must hide what the false heart doth know.

Here’s how you would read it aloud:
False face must hide what the false heart doth know.

While this is the basic structure of unrhymed iambic pentameter, Shakespeare loved to break his own “rules,” and did so intentionally to create different emotional affects. For example, in Macbeth’s famous speech from Act 5, Scene 5, he adds a syllable to the first line giving it what is called a “feminine ending” (eleven beats instead of ten):
Tomorrow and tomorrow and tomorrow.

A SAMPLING OF LITERARY DEVICES FOUND IN MACBETH

Simile: a comparison of two different things that often uses like, than, or as.
Look like the innocent flower,
But be the serpent under it.
(LADY MACBETH; ACT 1, SCENE 5)

Metaphor: a “condensed” comparison that expresses a complex idea in a precise way.
O full of scorpions is my mind, dear wife.
(MACBETH; ACT 3, SCENE 2)

Foreshadowing: an indication of what is to come in the future.
Fair is foul and foul is fair.
(WITCHES; ACT 1, SCENE 1)

Alliteration: The repetition of the same sounds or of the same kinds of sounds (often consonants) in a series of words.
But now I am cabined, cribbed, confined, bound in
To saucy doubts and fears.
(MACBETH; ACT. 3, SCENE 4)

Personification: giving human characteristics to an abstract idea or something which is not human.
Was the hope drunk
Wherein you dressed yourself? Hath it slept since?
(LADY MACBETH; ACT 1, SCENE 7)

Interested in discovering more about the world of Macbeth and other adaptations? Explore this list created by our partner Multnomah County Library.

The Tragedy of Macbeth
For those who like to read the original before seeing an adaptation. It "offers explanatory notes on pages facing the text of the play, as well as an introduction to Shakespeare's language, life, and theater.”

To Adapt or Not to Adapt
An article by Eric Minton for shakespeareances.com on issues that arise for fans of traditional productions vs. adaptations.

How have performances of Shakespeare changed over time?
An article by Shehrazade Zafar-Arif for the British Council. The deep background on constantly changing productions of Shakespeare’s play, even before the time of modern adaptations.

How many movies based on Shakespeare plays are there
A quick overview of the many film versions of Shakespeare’s plays.

"William Shakespeare's tragedy told in the style of texts, tweets, and status posts."

Macbeth by Jo Nesbo
Set in the 1970s in a run-down, industrial town, this book centers on a police force struggling to shed an incessant drug problem. Hecate, one of two drug lords, plots to steadily and insidiously manipulate Inspector Macbeth: the head of SWAT and a man already susceptible to violent and paranoid tendencies. What follows is an un-put-downable story of love, guilt, political ambition and greed, exploring the darkest corners of human nature and the aspirations of the criminal mind.

Macbeth DVD - 2010
“Patrick Stewart gives Macbeth a combination of genuine charm and ever-growing malice that fits perfectly with the play's broader theme of dangerous ambition carrying the seeds of its own destruction. Set almost entirely in an underground bunker system that gives the feeling of a seething underground wasteland; the many elements from the 20th century such as electronic spying and propaganda iconography only serve to heighten the tensions.”

Macbeth by Crystal Silvermoon
A graphic novel for teens. "In this classic tale by William Shakespeare, a brave Scottish general named Macbeth receives a prophecy from a trio of witches that one day he will become King of Scotland. Consumed by ambition and spurred to action by his wife, Macbeth murders King Duncan and takes the Scottish throne for himself. He is then wracked with guilt and paranoia." 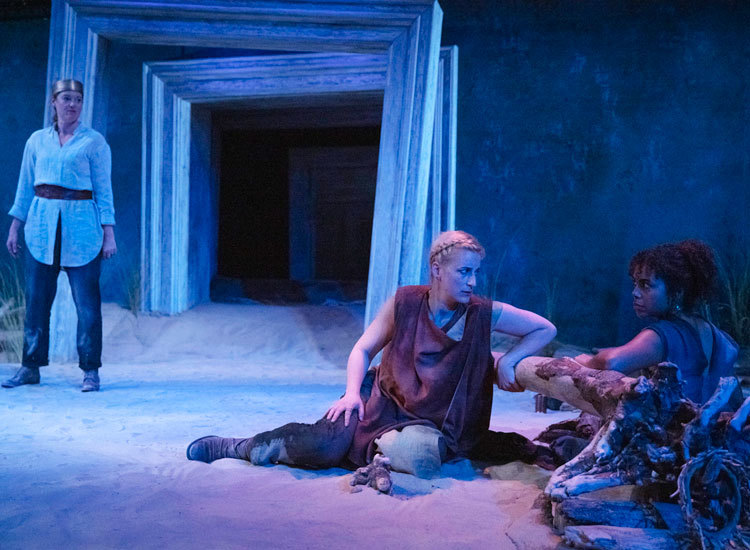 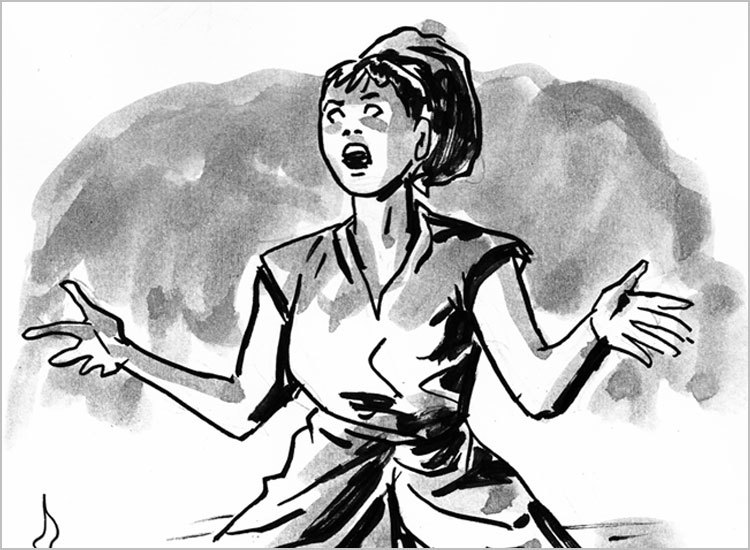 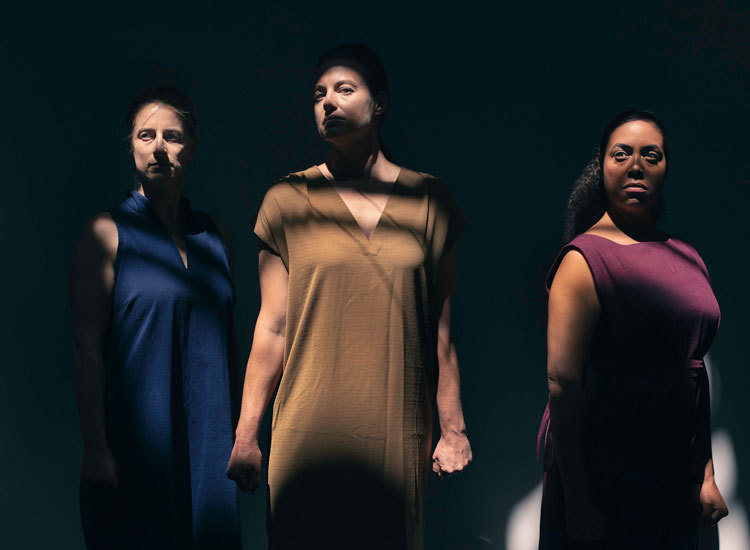 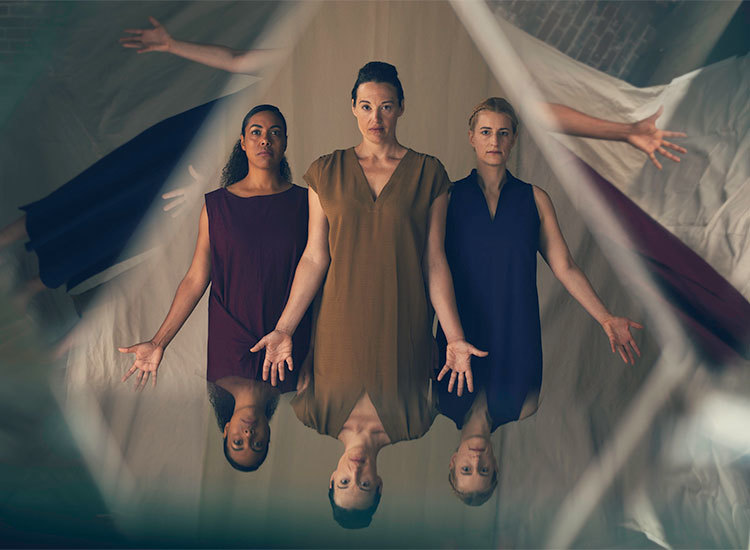 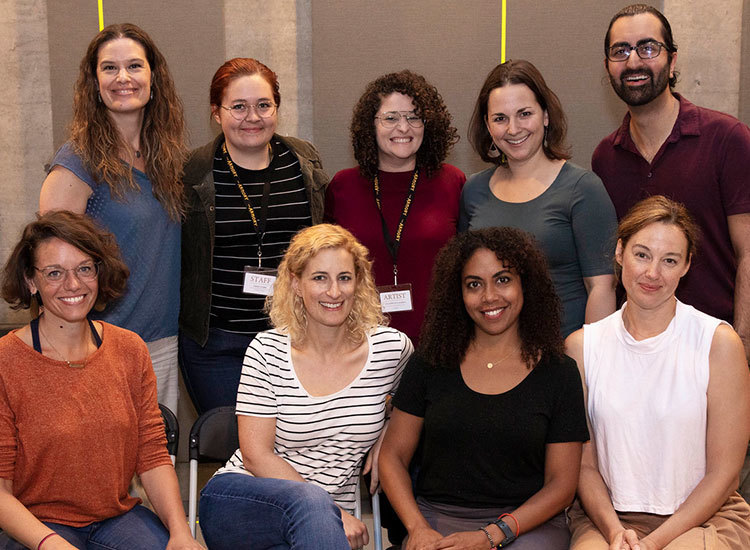