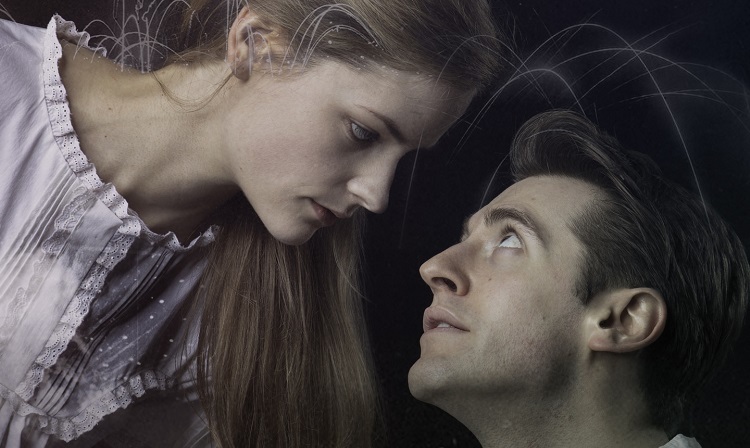 Mary’s Wedding was your first full-length play. What inspired it?
So this was going to be a war play. However, I was in love when I wrote it, and I thought it was a love to end all loves. This is not that love story but the more I loved her, the more Mary and Charlie loved each other. The more I longed to return to her, the more they longed to return to each other. So the war play became a love story. I wrote it to forget her and to get her back and to remember her and to let her go.

Mary and Charlie are fictional but the character of Gordon Flowerdew is an actual Canadian soldier and WWI hero …
I think that I dramatize history in a frustrated effort to make it solid and real. I want the dead to be alive again, so that they'll walk and talk for me. I want to slow things down. And it seems important, for some reason, that I tell the audience that there were other people here before us.

The poem “The Charge of the Light Brigade” features prominently in the play. Is its inclusion a commentary on war?
A friend's grandfather once described to me how he had to memorize and recite “The Charge of the Light Brigade” in school when he was young. When I was writing Mary's Wedding, I decided it would be fun to incorporate that. I also like learning about a piece of music, book, quote or poem from its inclusion in a movie, play or TV show. I first learned about Tennyson's poetry from Anne of Green Gables.

There's an anti-war message in Mary's Wedding but it's not something I set out to do. The story stands for itself. Politics do land in my plays but I try to have them go deeper to something more primal.


Do you see differences with how American audiences experience the play verses Canadian audiences?
Canadians definitely know more about WWI simply because it was a significant part of Canada finding its national identity. We never had a revolution so the cutting of our apron strings from Great Britain took a different form. But, that said, American audiences first started seeing Mary's Wedding in 2003 and so it definitely resonated in light of 9/11, and the subsequent Iraq and Afghanistan invasions.

I love the way you echo particular phrases throughout the play, especially "all those arms and voices ..." which Mary repeats during four different encounters with Charlie.
I am fond of recurring lines and because of the poetry themes (Tennyson) I wanted the play to feel poetic. The recurring motifs are, I hope, reminders of the dream nature of the play. Bits and pieces echoing front to back, and back to front, through the experience. Memory works that way. How many little things in a day remind us of something from yesterday, last week, last year, or from farther back than that? Early on, there were so many little zingers in the play we had to really go through and pick and choose where and when they happened.

What motivates your writing?
I do find that my plays (now that there are enough of them to look back on) are about people confronting their mortality, and their pasts, and finding a way to continue on because of these confrontations. They're about people trying to survive some deep grief, depression, or profound feeling of hopelessness. How to find hope when there's no hope. I want the audience to be moved in some way, to be confronted, even if just a little bit, with their own mortality, and to find an offer of hope.

Do you have a perspective on how you would like the audience to interact with this play?
Not really. Perhaps ... to just go with it. Let go today and think about it tomorrow.

I’ve read that Mary’s Wedding has had over 100 productions since it first premiered in 2002 …
Yes, I think there may be close to 110 productions, maybe a few more. I've been very fortunate with Mary's Wedding. We were sitting in the house on break during a rehearsal for the first production of the play when the director said to me, "you know, this play's going to change your life." I didn't believe her but it very much did.