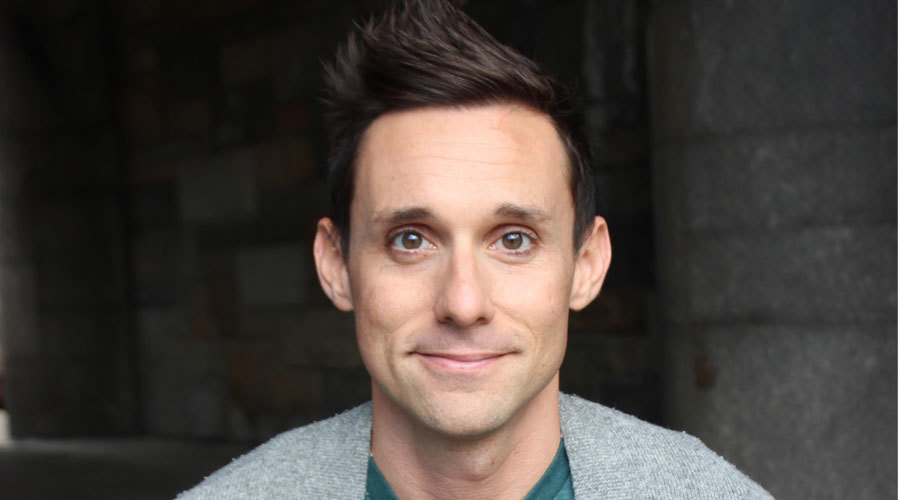 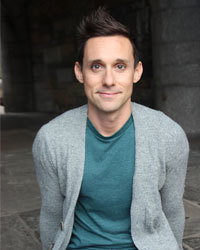 Nick is thrilled to return to Portland Center Stage at The Armory after last being seen in Little Shop of Horrors. This is his eighth production of Buyer & Cellar, and he is delighted to have performed the role more times than any other actor apart from original cast member Michael Urie. Nick is one-half of the critically acclaimed "undie"-rock comedy duo, The Skivvies, which will be performing at The Armory February 16, 17, and 18. The prestigious OUT100 list named him one of the most "intriguing and compelling” LGBTQ actors of the year. Off-Broadway: Puck in A Midsummer Night’s Dream, Pageant: The Musical, and Sex Tips for Straight Women from a Gay Man. He also appeared in the Broadway First National Tour of All Shook Up. Regional credits: Williamstown Theatre Festival, Bay Street Theater, Huntington Theatre Company, American Stage Theatre Company, TheatreWorks, New York Stage and Film, City Theatre, Eugene O’Neill Theater Center, Berkshire Theatre Group, B Street Theatre, Laguna Playhouse, Two River Theater, Ensemble Theatre Cincinnati, Rubicon Theatre Company, American Conservatory Theater, and Bucks County Playhouse. nickcearley.com  @clearlycearley | @theskivviesnyc

Jonathan Tolins, Playwright
Jonathan is the author of Buyer & Cellar, which was named “Best Unique Theatrical Experience” by the Off-Broadway Alliance when it premiered at Rattlestick Playwrights Theater. Other plays include The Twilight of the Golds (Broadway, Booth Theatre), If Memory Serves (Promenade Theatre), The Last Sunday in June (Rattlestick Playwrights Theater, Century Center), and Secrets of the Trade (Primary Stages). A collection of his plays has been published by Grove/Atlantic. His film work includes The Twilight of the Golds and Martian Child. For television, he was a writer for Queer as Folk, the Academy Awards, the Tony Awards, and Partners. He was the author of Pushkin 200: A Celebration at Carnegie Hall, acted as script consultant on Walking with Dinosaurs: The Arena Spectacular, and co-wrote The Divine Millennium Tour and The Showgirl Must Go On for Bette Midler. He has written articles for Opera News, Opera Monthly, TheaterWeek, Time Magazine, and HuffPost, and is a panelist on the Metropolitan Opera Radio Quiz. He lives in Fairfield, Connecticut, with his husband, the writer and director Robert Cary, and their children, Selina and Henry. He is a member of the Dramatists Guild and the Writers Guild of America.

Rose Riordan, Director
Rose is in her 21st season at Portland Center Stage at The Armory, where she serves as associate artistic director. She most recently directed A Life, Kodachrome, Our Town, and The Oregon Trail. Other directing favorites include: The Typographer’s Dream, LIZZIE, The Mountaintop, The Whipping Man, The North Plan, One Flew Over the Cuckoo’s Nest, A Christmas Story, The 25th Annual Putnam County Spelling Bee, The Receptionist,  How to Disappear Completely and Never Be Found, and The Pillowman. In 1999, she founded the annual JAW: A Playwrights Festival. JAW has been instrumental in developing new work for The Armory repertory, including this season’s production of A Life and Storm Large’s Crazy Enough, as well as Kodachrome, The People’s Republic of Portland, The North Plan, The Thugs, and A Feminine Ending. She enjoys being part of a company committed to new play development and having a beautiful building in which to work.

Kristeen Willis Crosser, Scenic & Lighting Designer
Kristeen is thrilled to return to Portland Center Stage at The Armory after designing lighting for Sex with Strangers and Mary's Wedding. Regional theater credits include lighting designs for A Contemporary Theatre and Triad Stage. Her Portland area design credits include I and You and Between Riverside and Crazy at Artists Repertory Theatre; The Night Alive and Or, at Third Rail Repertory Theatre; Snow White and Little Red “Riding Hood” at Northwest Children's Theater and School; Goosebumps the Musical: Phantom of the Auditorium and Fly Guy: The Musical at Oregon Children’s Theater; Buried Child and Thief River at Profile Theatre; The Outgoing Tide and Luna Gale at CoHo Productions; and Oedipus El Rey at Milagro Theatre.

Alex Meadows, Costume Designer
Alex is thrilled to be designing costumes for Buyer & Cellar. Regional design credits include shows for TimeLine Theatre, Next Theatre, Organic Theatre Company, Famous Door Theatre, Shattered Globe Theatre, Classical Kids Live, Montana Shakespeare in the Parks, and Monomy Theatre in Massachusetts. He received a Jeff Award nomination for The General from America at TimeLine Theatre. Alex is the costume shop manager at Portland Center Stage at The Armory and is an adjunct instructor in costume design at Portland State University. He also previously managed the costume shop at Loyola University and taught costume design and costume construction. Alex holds an M.F.A. in costume design from the University of North Carolina School of the Arts and a B.A. in theater design from UNC Asheville.

Casi Pacilio, Sound Design
Casi’s home base is The Armory, where credits include sound design for over 40 productions and 12 seasons of JAW: A Playwrights Festival. National shows: Holcombe Waller's Surfacing and Wayfinders; Left Hand of Darkness, My Mind is Like an Open Meadow (Drammy Award, 2011), Something’s Got Ahold Of My Heart, and PEP TALK for Hand2Mouth Theatre. Other credits include Squonk Opera’s Bigsmorgasbord-WunderWerk (Broadway, PS122, national and international tours); I Am My Own Wife, I Think I Like Girls (La Jolla Playhouse); Playland, 10 Fingers, and Lips Together, Teeth Apart (City Theatre, PA); 2.5 Minute Ride and Fires in the Mirror (Profile Theatre). Film credits include Creation of Destiny, Out of Our Time, and A Powerful Thang. Imagineer/maker of the Eat Me Machine, a dessert vending machine.

Will Cotter, Projection Designer
Will makes multimedia art in Portland and other places. Previously, he designed video for Kodachrome at Portland Center Stage at The Armory. Chicago credits include dramaturgical research on the world premieres of The Humans and The Project(s) at American Theater Company, where he also designed projections. In Los Angeles, Will devised Paradise and Moony’s Kid Don’t Cry at The Edgemar Center for the Arts, produced by James Franco and Rabbit Bandini Productions. Will is a producing associate at The Armory and a proud member of its devised theater ensemble. He received his B.F.A. at CalArts.

Mark Tynan, Stage Manager
Imagine being in a room full of artists, watching the birth of an idea, a movement given purpose, a sentence, phrase, scene, act given life. Then imagine that room translating to the stage with lighting, sound, costumes, scenery, and props; then you can imagine what Mark’s job is like. Special thanks to the stage management apprentices, Alexis Ellis-Alvarez, Molly Reed, and Sarah Stark. Prior to The Armory, Mark toured nationally and internationally with musicals including Dreamgirls, The King and I with Rudolf Nureyev, How to Succeed …, Grand Hotel, The Phantom of the Opera, Rent, and Jersey Boys. Other Portland credits include several summers with Broadway Rose Theatre Company in Tigard. Regional credits include Alley Theatre, La Jolla Playhouse, and Casa Mañana Theatre.

From My Passion for Design to Capricorn One, here's a glossary guide to all things Buyer & Cellar. 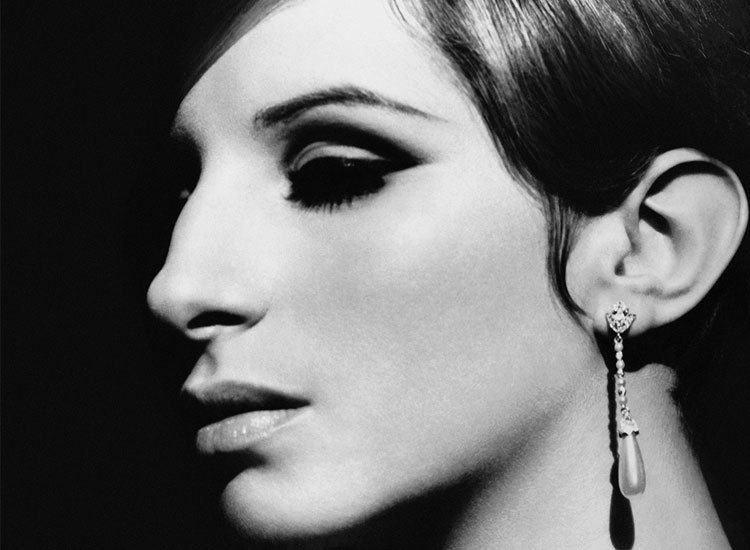 10 Things to Know About Barbra Streisand

The woman. The icon. The greatest of all time. 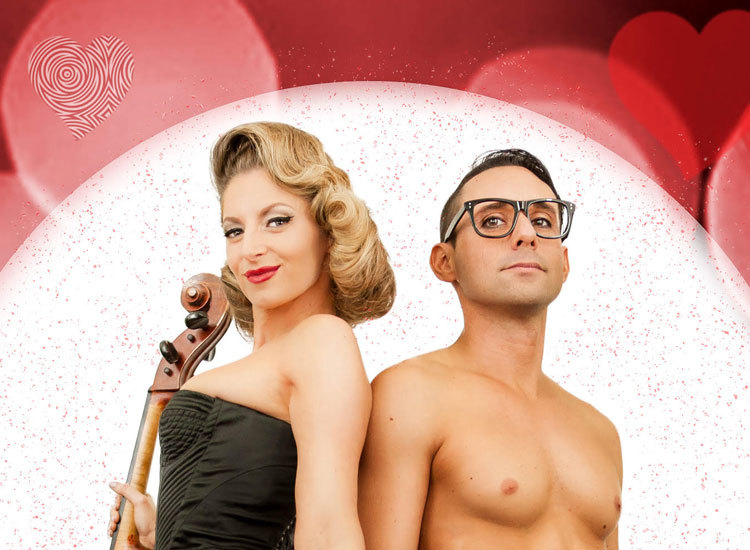