The following is excerpted from The Oregon Encyclopedia, the full article is available here.

The Astor Expedition was a grand, two-pronged mission, involving scores of men, that attempted to establish a worldwide trading network centered at present-day Astoria. Although the ambitious enterprise was ultimately doomed by the War of 1812, it left a lasting impact on Oregon history. Fort Astoria, the trading post constructed near the mouth of the Columbia River, was the first permanent United States settlement on the Pacific Coast, and a small band of expedition members forged what would later become the Oregon Trail.

Confident that he could make huge profits in a New York–London–China trading grid, entrepreneur John Jacob Astor organized the Pacific Fur Company in June 1810. While he managed the business in New York, he sent two groups of his employees west—one by sea to carry supplies and initiate coastal trading, and one by land to found a string of fur posts across North America. Between them, the two groups of Astorians established a terminal fort on the Pacific Coast from which to trade with China.

In September 1810, Pacific Fur Company partners Duncan McDougall, Alexander McKay, David Stuart, and Robert Stuart sailed from New York on the Tonquin. The trip was not a smooth one. At the Falkland Islands, Robert Stuart threatened ship captain Jonathan Thorn at gunpoint in order to save the lives of several fur company men whom Thorn had intentionally left behind. The following March, conflict erupted again at the mouth of the river on the Columbia River bar when Thorn, over the partners’ protests, ordered his men to launch two longboats in turbulent seas to find safe passage to the estuary. Eight men drowned. When the remaining men finally reached shore at present-day Astoria, they began clearing land for a fort and trading post.

The second party, known as the Overland Astorians, added men to their expedition in Canada and St. Louis in the fall of 1810 before making winter camp at the mouth of the Nodaway River. They headed up the Missouri River in the spring of 1811. Among the sixty-five people who left the Arikara villages in present-day South Dakota on horseback in July were Pacific Fur Company partners Donald McKenzie, Ramsay Crooks, Robert McClellan, and Joseph Miller.

Astor had chosen partner Wilson Price Hunt, who had no experience in wilderness travel, to lead the overland group because of his business expertise. Also accompanying them were Pierre Dorion Jr., his Iowa Indian wife Marie, and their two young sons. Their guides were John Hoback, Jacob Reznor, and Edward Robinson, three trappers who had spent the winter in present-day Idaho with fur trader Andrew Henry. 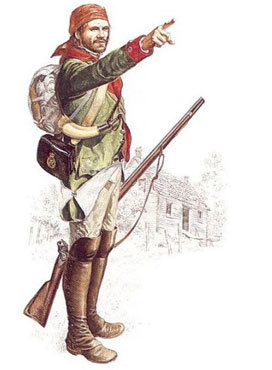 The company descended the Snake River in canoes in October, but they soon lost one man and several boatloads of goods in the raging water. With winter coming on in late October, the men decided to abandon the river just east of present-day Twin Falls, Idaho, and continue on foot. On the verge of starvation, they split and reunited into various groups (partly by design and partly by accident), with eleven men making their way into present-day northern Idaho and enduring the brutal winter with help from Nez Perce Indians, who fed them and sold them canoes. That group arrived at Astoria by way of the Snake and Columbia Rivers in January 1812. In February, Hunt and thirty-three others reached Fort Astoria after taking a route north of present-day Ontario. Two others arrived in May and seven more in the fall.

Astor’s grand venture was plagued by mismanagement and conflicts with Native people but most of all by the War of 1812 and the partners’ fear of attacks by British ships. In October 1813, some seventy-five traders from the powerful Montreal-based North West Company came down the Columbia and shocked the partners by offering to buy the Pacific Fur Company and all of its holdings. By the summer of 1813, the partners at Astoria had decided to abandon the post. Hunt certainly would have objected, but he was away from the post on a trading mission. McDougall and the others agreed to the sale, ending Astor’s dream of a lucrative international fur trade. More than sixty men had died in the effort.

The Astor expedition left a lasting legacy in the route that Astorian Robert Stuart discovered on his return trip from Astoria to St. Louis—an easy and low passage over the Rocky Mountains at South Pass. That key section of what became the Oregon Trail would greatly benefit tens of thousands of pioneers headed for Oregon, Utah, or California.