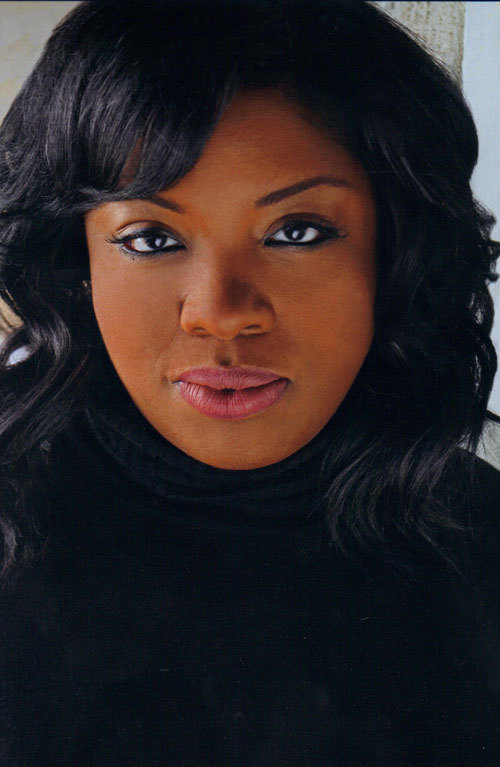 Maiesha McQueen is honored and thrilled to be returning to The Armory in His Eye is on the Sparrow. She was last seen on The Armory main stage in the 2015 production of Ain’t Misbehavin’. Regional credits include: 'Da Kink in My Hair (Horizon Theatre, Atlanta); Sirens of Song (Milwaukee Repertory Theater); Chasin’ Dem Blues (True Colors Theatre, Atlanta); Black Nativity (Dominion Productions, Atlanta); In the Red and Brown Water (PG Entertainment, GA); Little Shop of Horrors, Show Boat, Man of La Mancha, Guys and Dolls (Forestburgh Playhouse, NY). Film credits include: DayBlack (ArtistDirector Media), Down to Earth (Paramount Pictures). Maiesha has traveled the globe as a leading ensemble member and musical composer for the touring company Progress Theatre, whose work has been presented at spaces such as The Public Theater, 14th Street Playhouse, The Kennedy Center, The Apollo Theatre and World Music Festival in Amsterdam. She holds a B.F.A. in Musical Theatre from New York University's Tisch School of the Arts, a master’s in education from Fordham University, and has spent over a decade teaching in both public and private sectors. Maiesha would like to thank her family and "tribe" for their unconditional love and support! maieshamcqueen.net

Director
Timothy Douglas returns after directing the productions of Anna in the Tropics and A Feminine Ending. He is a New York based theater director who currently serves as an associate artist at Cincinnati Playhouse in the Park, where he has staged seven productions, including the world premiere of Keith Josef Adkins’ Safe House. Recent credits include Seven Guitars for Yale Repertory Theatre; Disgraced and King Hedley II for Arena Stage; Father Comes Home from the Wars, parts 1, 2 and 3, for Round House Theatre; Richard II for Shakespeare & Company; BRONTE: A Portrait of Charlotte presented Off-Broadway; and the development of Ione Lloyd’s Eve’s Song for Sundance Theatre Institute/MENA Lab in Morocco. Timothy has directed nationally and internationally and counts among his many productions the world premieres of August Wilson’s Radio Golf for Yale Repertory Theatre; Rajiv Joseph’s The Lake Effect for Silk Road Rising (2013 Jeff Award for Best New Work); Dontrell, Who Kissed the Sea (six Helen Hayes Award nominations) for Theater Alliance, and the Off-Broadway premiere of a new translation/adaptation of Ibsen’s Rosmersholm — as well as his critically acclaimed Caribbean-inspired Much Ado About Nothing for Folger Shakespeare Theatre. He was the associate artistic director at Actors Theatre of Louisville, 2001-2004, where he directed 16 productions including three Humana Festival premieres. The list of theaters Timothy has made productions for include American Conservatory Theater, Berkeley Repertory Theatre, Berkshire Theatre Festival, Cleveland Playhouse, Downstage (New Zealand), Guthrie Theater, Juilliard, Milwaukee Repertory Theater, Pioneer Theatre Company, Pittsburgh Public Theater, Pittsburgh Irish & Classical Theatre (associate artist, 2001-2005), PlayMakers Repertory Company, South Coast Repertory, Steppenwolf Theatre, Utah Shakespeare Festival, Woolly Mammoth Theatre Company, and many others. Timothy earned his M.F.A. from Yale School of Drama. timothydouglas.org

"I loved the whole of McQueen's performance. She's funny and heartbreaking and brassy and dynamic and again, again, so authentic. ... what happens during the play: you feel lifted up. By Ethel Waters' music, her truth, her hilarious barbs, her persistence."

Go behind the scenes with the our Scenic Charge (aka paints!) team and artist Elecia Beebe as they bring to life a giant abstract mural depicting the life and times of Ethel Waters for the set of His Eye on the Sparrow.

Maiesha McQueen returns to The Armory after starring in Ain't Misbehavin' last season.

Literary Manager Benjamin Fainstein tells how the gospel song "His Eye is on the Sparrow" became the signature song of jazz, blues and acting legend Ethel Waters.

The Story Behind "His Eye is on the Sparrow"

The World of Ethel Waters & His Eye is on the Sparrow

The music in His Eye is on the Sparrow