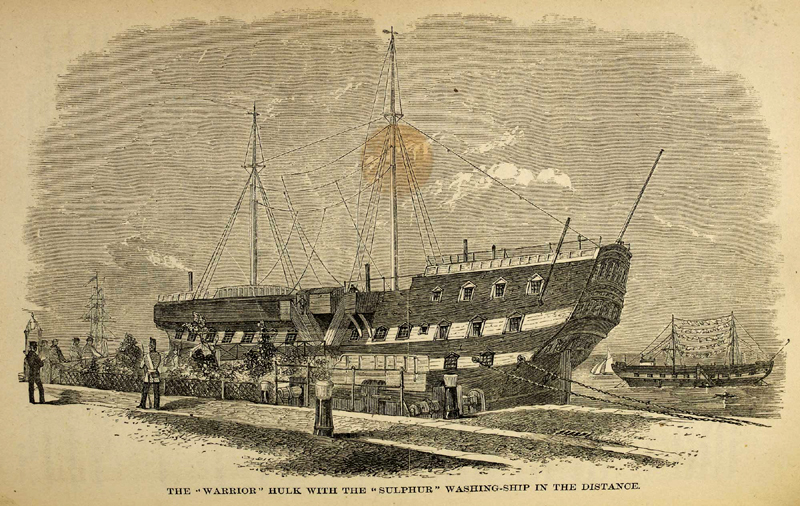 From Henry Mayhew's "The Criminal Prisons of London," 1862.

By Amy Vaught, Assistant to the Director for PCS's production of "Great Expectations"

Charles Dickens’ skill with words made him a hallmark of Western literature, but in the 155 years since Dickens first introduced us to Great Expectations, we’ve lost the meaning of some of the terms used in the novel.
Here is a little help with three ideas that may baffle the modern mind.

“People are put in the Hulks because they murder, and because they rob, and forge, and do all sorts of bad" —Mrs. Joe

Crime was epidemic in 19th century England and London was an epicenter of criminal activity. Overflowing prisons demanded a new solution: enter the hulks. The hulks were decommissioned warships and merchant vessels. Most could still float, but they were no longer seaworthy. These hulks were anchored in the mud far enough offshore to separate the floating prisons from the general public. The hulks held all sorts of prisoners, but especially those awaiting transport to prison colonies in Australia. Disease ravaged the prisoners onboard. Constant outbreaks of dysentery and typhus spread through the ships. Sick prisoners were chained to the bare floor along with the healthy. Diseased rats and fleas infested the ships. Prisoners had to survive on spoiled food and contaminated water, and could expect ten hours of hard labor every day. 30 percent of those imprisoned in the hulks would die during their sentence on the ship.

“Biddy … she was an orphan, too, raised by her great-aunt; like me, too, she had been brought up by hand.” —Pip

Brought up by Hand

High mortality rates left plenty of orphans in Dickens’ time. Children without mothers or a wet nurse were 'brought up by hand' and survival was unlikely. Baby formula, as we know it, did not exist and there was no nutritious alternative. A caregiver would rely on thin gruel or a mixture of flour and water. Cow’s milk was also dangerous to infants. Until sanitary restrictions were imposed in 1878, milk was a bacterial breeding ground. It was contaminated by the tools used to serve it, the water added to thin it, and ineffectual storage. In the summer heat, milk would spoil in less than twelve hours. About 66 percent of children brought up by hand in the 18th and 19th century died in infancy; over a quarter of children would die before their fifth birthday regardless of their diet. Pip and Biddy were extremely lucky to reach adulthood.


“It would never have done to have had an old shoe thrown after the coach, in sight of all the street.” —Pip

While we know shoe throwing as a highly offensive insult, Dickens’ audience would understand it as a gesture of good faith. Much like throwing rice at a wedding, or tying cans to the newlyweds’ bumper, throwing shoes honored a new marriage or wished someone well on a journey. The practice was more common in rural communities and considered too common for much of high society. Pip feared that Joe and Biddy’s gesture wasn’t fitting for a gentleman of “great expectations.”