As the U.S. joins World War II, Gordon Hirabayashi agonizes over government orders to forcibly remove and mass incarcerate all people of Japanese ancestry on the West Coast. As he fights to reconcile his country’s betrayal with his passionate belief in the U.S. Constitution, Hirabayashi journeys toward a greater understanding of America’s triumphs — and a confrontation with its failures. Inspired by the true story of University of Washington student, Gordon Hirabayashi. Ryun Yu, who played Hirabayashi at ACT Theatre in Seattle, reprises the role at The Armory.

Note:
Recommended for ages 14 and up. Contains mature language. Children under 6 are not permitted at any PCS production. 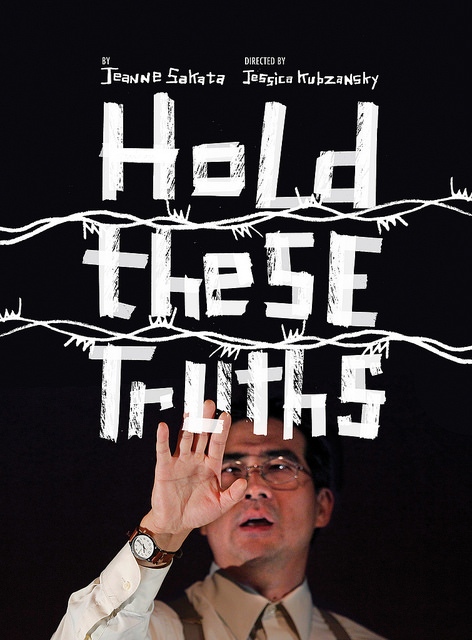 Educators: Further Resources on the History of the Play 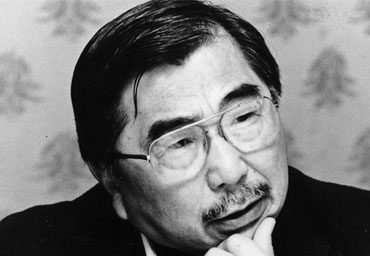 Watch the documentary that inspired Hold These Truths and hear playwright Jeanne Sakata share her experiences researching and writing the play.

A Gripping Story
"As part of Portland Center Stage's new Northwest Stories series, Hold These Truths is what theater should be: instructive, entertaining, thought-provoking, eye-opening." -The Oregonian

A Fascinating Real-Life Tale
"In his bravura ninety-minute performance, Yu presents a striking portrait of an unlikely hero and the people who helped him or fought with him along the way ... he brings an everyday human appeal to the momentous issues at stake: one of the play’s successes is that it so aptly reveals how large cultural ideas are formed by, and have an effect on, flesh-and-blood people."-Oregon ArtsWatch

Required Viewing
"Sakata's writing is lively, warm and engaging, and sweetly and surprisingly funny ... For anyone paying attention to politics, this play is an emotional experience. We can't flinch from stories like these because they help light our path." -EDGE Media

A Wonderful, Engaging Presence
"It made me think about Hard Things. What power there is when a human being can give up comforts, care, and approval because of who he is, because of his own, unwavering belief in what is right." -Kindling

Eye-Opening
"One of the things I love most about art – and perhaps theatre in particular – is its ability to distill otherwise complex subjects into personal stories ... "Hold These Truths" is a brisk and energetic show, Hirabayashi is an ever-engaging charismatic character" -The Crippled Critic

Terrific Versatility
"Sakata tells a powerful and complicated story of this man well ... Kubzansky has kept the set simple with only three chairs, allowing the actor’s talent, the author’s words and the audience’s imagination to fill in the blanks." -Dennis Sparks

Director Jessica Kubzansky and actor Ryun Yu also directed and starred in productions of Hold These Truths in both Seattle and Los Angeles. Here are some of the review highlights from those productions:

Entertains and Educates
“This one-man show stunningly shines a light on a shameful chapter of Northwest (and national) history ... At its heart, Hold These Truths is an excellent exploration of being a patriot precisely when it’s most unpopular.” -Seattle Weekly

A Brilliant Portrayal of a Genuine Hero
"A simple yet stunning one-man show inspired by and based on the life and heroism of Gordon Hirabayashi ... Hirabayashi’s heroic stand against the United States government and the prevailing sentiment of fear and prejudice is brilliantly portrayed by Ryun Yu" -The Huffington Post

Tour De Force
“At a moment in our history when American justice and perhaps even our sense of national purpose have eroded from the government's response to an outside threat … this thoughtful new one-actor play by Jeanne Sakata tells the true story of a Japanese American college student in Seattle who refused to become the Other ... Ryun Yu plays Hirabayashi at various ages -- as well as every other person Hirabayashi remembers -- a fine-grained tour de force.” -Los Angeles Times 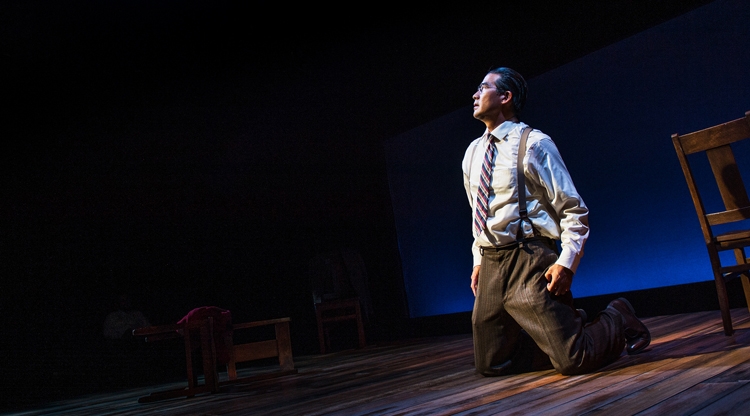 Ryun Yu as Gordon Hirabayashi in Hold These Truths.