From the Director: Joanie Shultz 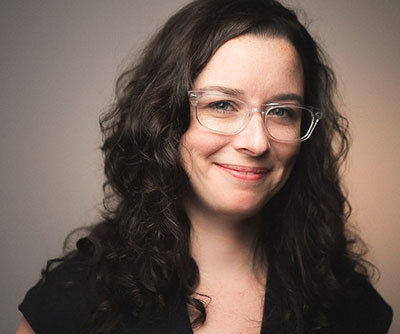 Women disappear. We have to search hard to find women in our history books, the literary canon, classical music, art history, and the history of drama, where women are footnotes, if at all — their work was “amateur” (because they weren’t allowed to be professional) and therefore wasn’t respected and documented, and so these women and their work simply disappear.

Frida Kahlo, obfuscated by her “genius” husband for most of her life, was too feisty to allow herself to disappear. She wasn’t a “nice” woman or a “good girl.” She made herself seen. And she forced herself to look at herself. She studied, and painted, and saw herself “as she truly is.” Frida reached a level of realness with herself, both inside and out, that few women had documented before. She showed the world her truth, her vulnerability, and her humanity. That was a revolutionary act.

We are drawn to self-portraits, memoirs, and other forms of autobiography; it makes us feel seen, and not so alone. This becomes even more important when we are those who disappear: women, people of color, people with disabilities, queer people, and trans people across the world look at Frida’s self-portraits and see themselves because they recognize the pain she articulates so well in her work. Frida has given the world a gift by being so authentically herself that she is all of us, and that we can see we exist because she existed, and she gives us permission to value ourselves and our lives, and our pain, and our thoughts, and our feelings as she did. No matter who we are.

Frida … A Self Portrait is a self-portrait both of Frida Kahlo the historical figure and Vanessa Severo the performer. An actor is an interpreter as a form of self-expression, and so, as an actor, what better way to create your own self-portrait than to perform someone else? This self-portrait, that is as beautiful and honest as Frida’s truth was, is created with the paints of an actor’s toolbox: language, characters, accents, movement, puppetry, and creative play. In this highly theatrical world, we are witnessing a conversation that Vanessa has been having with Frida for years. As the piece unfolds, there are moments where we are seeing an embodiment of Frida, or where we suddenly hear Vanessa’s voice, or where the lines become blurred between the two, actor and character. What we are left with is pure Frida and pure Vanessa: searching to be seen and understood and reaching a hand out to all the other “strange” people in the world through their honest expression of self.

I’m inspired by the unflinching truth from both of them. Not disappearing … and urging us not to disappear.

More about Frida … A Self Portrait: 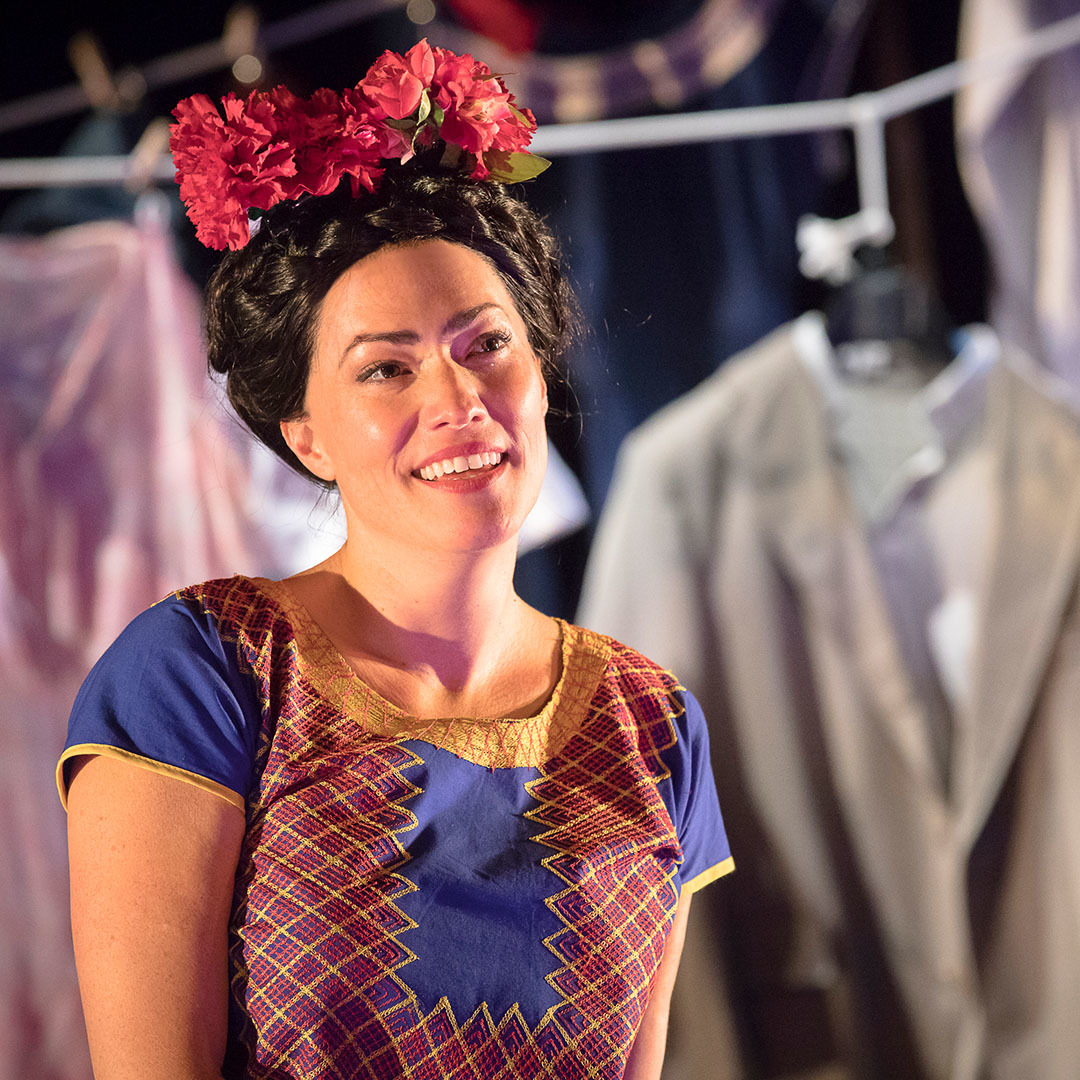 OPB's "Think Out Loud" talked to writer and performer Vanessa Severo about the evolution of the show, and about the parallels she draws between Frida Kahlo’s life and her own experience as an artist and a person with a disability. 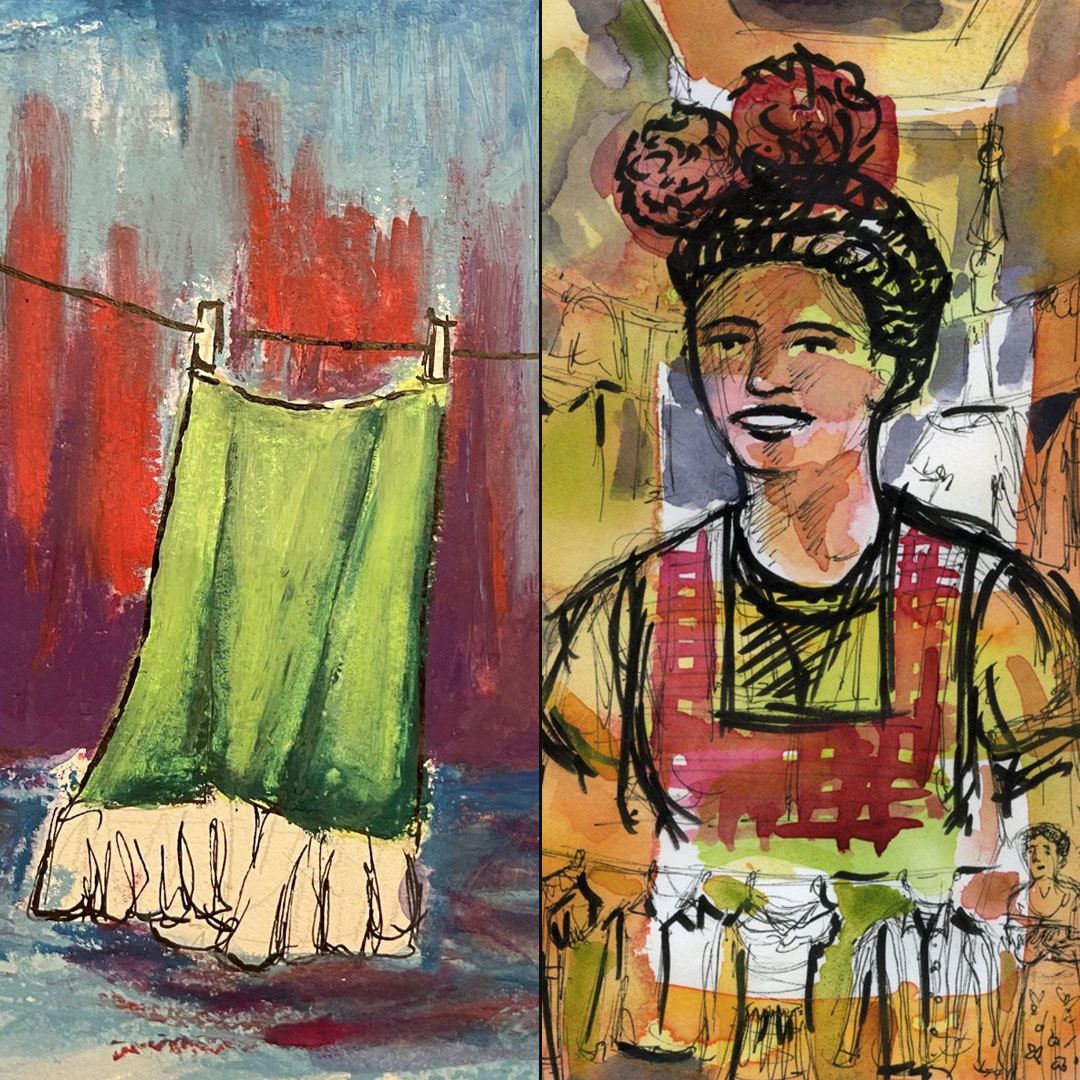 Live Sketch Artists for Frida ... A Self Portrait

We invited local artists to bring their sketchbooks to a performance of Frida ... A Self Portrait and draw whatever inspired them about the experience. Here are the results!

Reviews of Frida ... A Self Portrait

"The back and forth between Kahlo’s and Severo’s stories is the edge that makes this a bigger story than a self-portrait of Kahlo or reflection of the author. It broadens the reach of what we all have in common with one another." - Oregon ArtsWatch 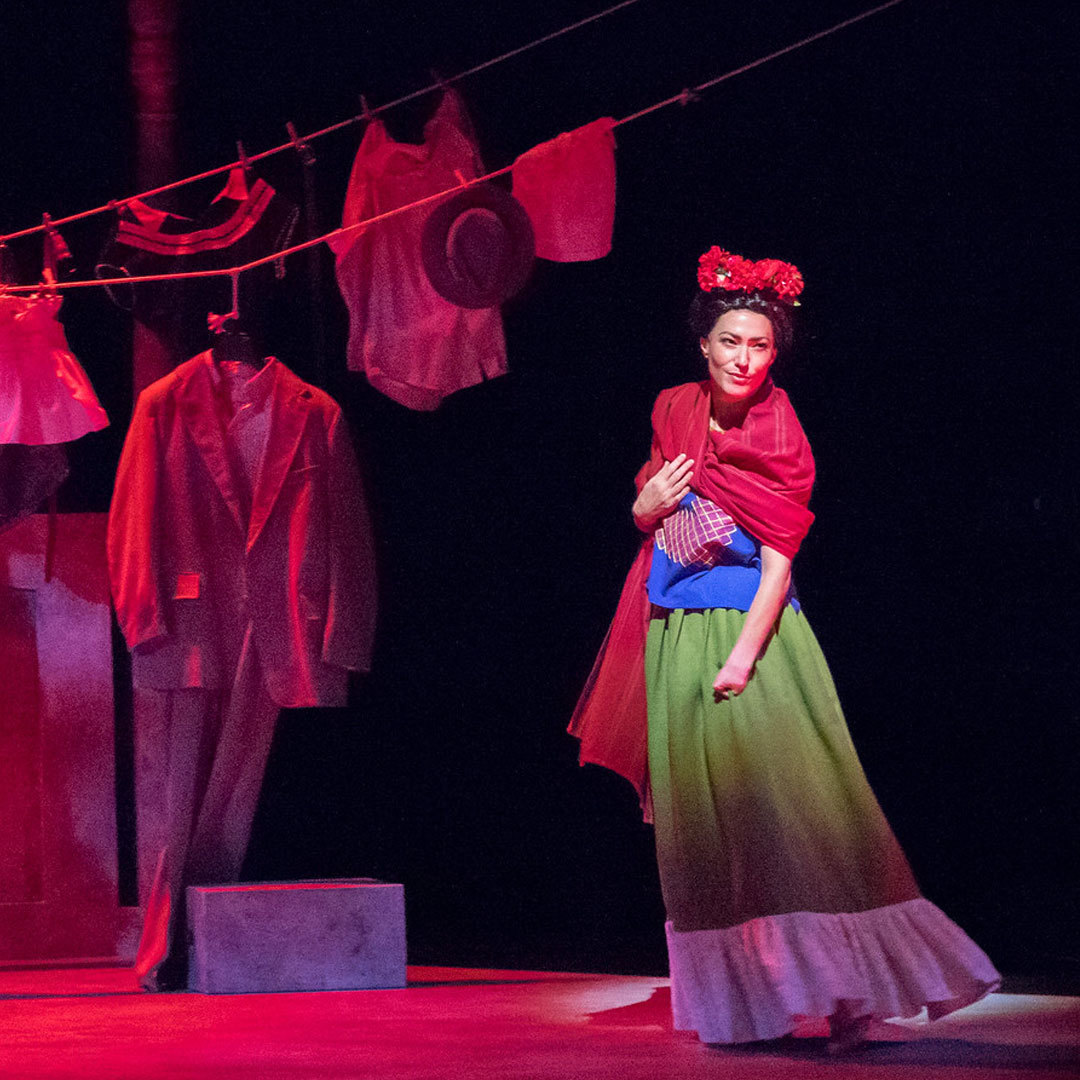 There are six Frida Kahlo paintings represented in Vanessa's performance, can you figure out which ones? Discover one hundred of Frida's works and try to spot the ones in the show!

Frida ... A Self Portrait Plot Summary

Here is a brief summary of Frida ... A Self Portrait.

Behind the Curtain: An Interview with Vanessa Severo

In this 2019 interview, the writer and performer of Frida ... A Self Portrait unveils how she came to blend Kahlo’s life with her own experiences.