The People of Washington Heights

Usnavi de la Vega — Our protagonist owns the corner bodega and longs to visit his beloved Dominican Republic, where he has not been since his deceased parents immigrated where he was a child. He lives with Abuela Claudia, who is not actually his grandmother, but is as close as family to him. He is in love with Vanessa, but struggles to share his feelings. Usnavi serves as an unofficial ambassador for his community.

Nina Rosario — Nina, a first-generation college student, has just returned home from her first year at Stanford University. She is the daughter of Kevin and Camila Rosario, the owners of the local car service. The community looks to her as a symbol of success, as someone who has achieved great things outside "the Heights".

Camila Rosario — Camila is the co-owner of Rosario's Car Service and has a quiet, but strong hold on her husband Kevin. She fell in love with him at 19 and emigrated together to New York to open their business and raise Nina.

Kevin Rosario — The owner of Rosario's Car Service, Camila's husband and father to Nina. After emigrating from Puerto Rico, he has worked hard his entire life to build his business and provide for his family. He is stubborn and fiercely proud of his daughter's achievements.

Abuela Claudia — The matriach of the neighborhood, she emigrated from Cuba when she was very young. She has raised Usnavi since his parents died and still lives with him. She serves as the guiding light for many in the community.

Sonny — He is Usnavi's 15 year old cousin who helps at the bodega in the summer. Sonny hangs out with his friend Graffiti Pete, but also has a strong desire to make his community better and to be like his older cousin and mentor, Usnavi.

Vanessa — She is a shampoo girl at the local salon who longs to make her way out Washington Heights and away from her alcoholic mother. Vanessa grew up with Usnavi and Benny, and is now the object of Usnavi's hidden affection.

Benny — Benny is best friends with Usnavi, and in love with Nina, even though her father disapproves. Benny is a driver for Rosario's, who grew up a bit of a rough kid that Kevin took under his wing. Benny hopes to someday own his own car service.

Graffiti Pete — He is the nemesis of Usnavi, who is constantly hanging around the streets, listening to music and painting graffiti. He is friends with Sonny, much to Usnavi's dismay, as he doesn't want Sonny to follow Pete's example.

Daniela — She is sassy, savvy, and the owner of a salon. She has fought to create her own business, but cannot compete with the rent hikes as the neighborhood gentrifies.

Carla — She works at Daniela's salon and is her best friend. She is a kind, sweet, young woman, who cares deeply for her family and friends, but is a bit naive.

Piragua Guy — He makes his living walking the streets of Washington Heights selling flavored shaved ice. He is a representative of the islands so many of the residents once called home.

The Story of In the Heights

Welcome to summer in Manhattan: it’s stuffy, it’s sweaty, it’s hot. The air smells of fruity popsicles and taxi exhaust fumes, and everyone’s mildly annoyed all the time cuz their shirts keep sticking to their backs. But here, on a familiar corner in the Washington Heights neighborhood (whose inhabitants are a majority of immigrants and families of color, far uptown from the Times Square tourists and the bohemian chic boutiques of the downtown crowd), neighbors and friends are about to experience a momentous day in their community, and we’ve got front-row seats.

Our narrator, bodega owner Usnavi de la Vega, welcomes us to his home turf and introduces us to some of his people. We meet Abuela Claudia, a neighborhood matriarch who raised Usnavi, and Sonny, his sluggish cousin. There’s Daniela and Carla, proprietors of the local salon, as well as Kevin and Camila Rosario, who manage a cab service. Today, the Rosarios’ daughter Nina is coming home from Stanford University with a secret she’s ashamed of: She lost her academic scholarship because she couldn’t keep her grades up while working two jobs to maintain her tuition payments. Nina and her parents’ employee Benny, who runs the taxi dispatch, reconnect and dance around their long-repressed romantic feelings for one another — much like Usnavi and Vanessa, an employee at Daniela’s salon who’s trying to realize her dream of getting out of The Heights and into an upscale apartment.

When Nina comes clean to her parents, her father Kevin is thrown into emotional turmoil. Nina seeks solace in friendship, and the women at the salon give her a cheer-up makeover and gossip session. As the day turns to evening, Usnavi closes his shop and discovers that his bodega sold the winning lottery ticket worth $96,000. The whole ensemble sings about what they would do with that kind of cash. Quietly, Abuela Claudia reminisces about her difficult childhood in Cuba and her story of immigrating to the USA. She then reveals she’s the lottery winner.

The Rosarios host all of Nina’s friends for a dinner party, where Kevin announces he’s sold the taxi company to pay Nina’s tuition. Benny is furious Kevin didn’t give him a chance to buy the business, and Nina takes Benny’s side. Meanwhile, Usnavi’s date with Vanessa goes poorly. As many of the characters converge in the same dance club, all the tensions between them come to a head. Just as a fight breaks out in the club, a classic New York City electrical blackout shrouds the neighborhood in total darkness. Chaos ensues, with looters and dangerous individuals taking temporary control of The Heights. As the scary part of the night wears on, some good comes out: Usnavi and Abuela Claudia reunite and discuss the winning ticket, and Benny and Nina finally confirm their love.

The next morning, Kevin is frantic and furious because Nina spent the night at Benny’s place. Usnavi is dismayed to find his bodega was looted, but then Abuela Claudia tells him to take a third of her winnings and realize his dream of returning home to the Dominican Republic. It’s a hard decision, but he agrees. The heat remains oppressive, and the damage of the blackout has everyone on edge. Daniela calls for a neighborhood celebration to clear the air. The block party starts well, but then Vanessa faces the sad fact that Usnavi is choosing to leave the country. Usnavi’s cousin Sonny is having a tough time — turns out he’s in love with Nina too — but is comforted that Abuela Claudia and Usnavi plan to give him a third of the money and let him run the bodega.

Then, in a horrible moment of breaking news, we discover that Abuela Claudia has died suddenly. The residents immediately host an impromptu memorial service, and everyone comes together again. Vanessa finds out that Usnavi has secretly used part of Abuela Claudia’s money to help her lease a new apartment out of The Heights. She pleads with him to stay in New York, but he’s resolved to leave. Nina and Benny decide to pursue their relationship despite Kevin’s disapproval, and Sonny puts a secret plan in motion.

A day later, everything’s different: the car service is gone and the bodega is a mess. But as Usnavi prepares to leave, Sonny surprises him by having had a mural painted on the bodega honoring the life and legacy of Abuela Claudia. The gesture unlocks something inside Usnavi, and he decides to stay, having realized The Heights truly is his home, whether he was born there or not. The neighborhood residents reunite and resolve to move forward together and try to help one another make the future bright. 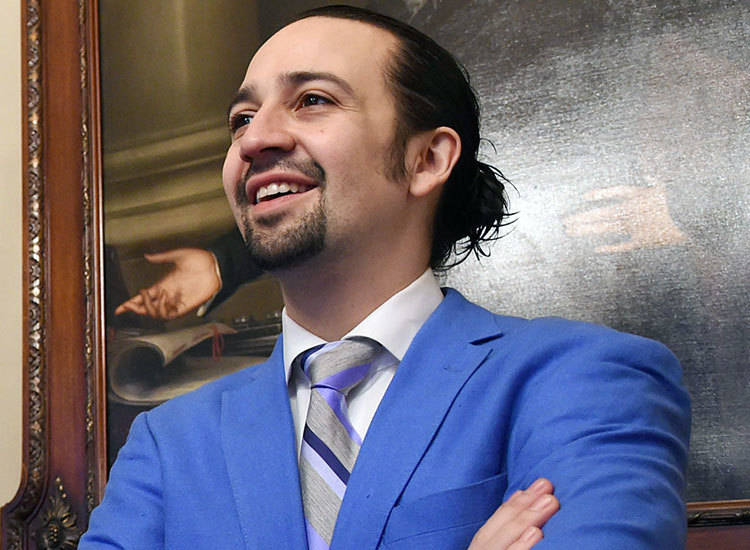