Two black holes on the verge of collision.

If science is not your strong suit, don't worry. There is no need to do any background research to enjoy this cosmic love story. But for those of you wanting to know more, indulge yourselves.

An interview with Lisa Randall on John Stewart's show was the perfect fit to get Dana in the mood for physics! 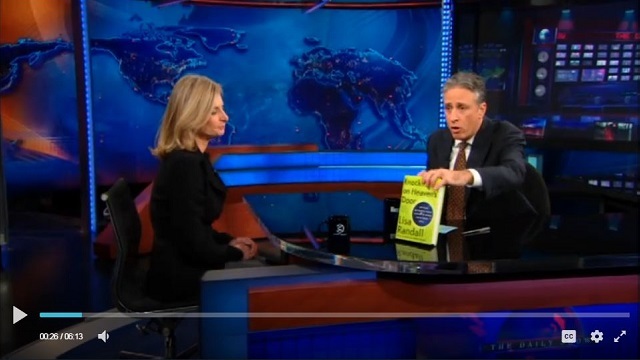 After a few laughs, she watched Janna Levin's TED Talk, "The Sound the Universe Makes."

She also enjoyed Janna's epic love story between her and her husband, which brought together the facets of love and science. Much like Marianne and Roland in the play, Janna and her husband are an unlikely pairing.

And finally, Dana, along with her co-star Silas Weir Mitchell, director Chris Coleman and stage manager Kristen Mun, met with Dr. Joel Franklin. Dr. Franklin is a professor at Reed College and an expert in field theory and computation. The five of them sat down for an hour Q&A to cover references in the script and all things space.

Now, if you really want to understand the inspiration behind Constellations, you can watch the four-part documentary that inspired playwright Nick Payne to write this love story. The cast and crew also watched part of this documentary during rehearsal, in particular "The Illusion of Time" and "Universe or Multiverse."