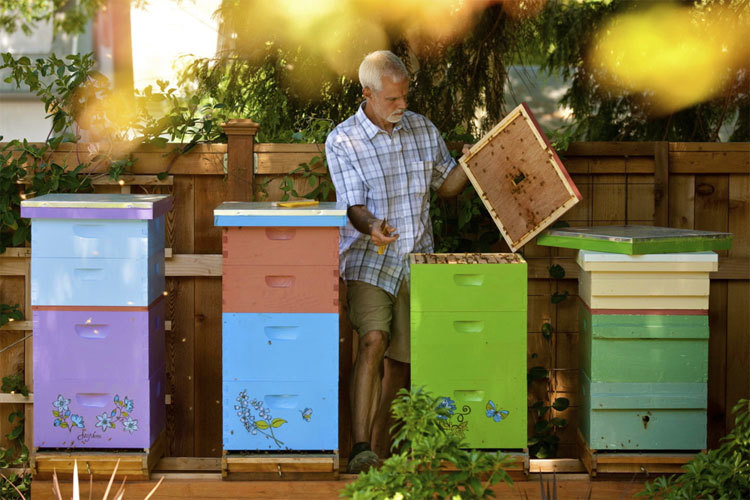 Local beekeper Tim Wessels of Bridgetown Bees with his hives.

Stick around after the matinee performance to hear from two experts that advised the cast and creative team of Constellations during their rehearsal process. Physicist Joel Franklin and beekeeper Tim Wessels will share their unique perspective on the play, and answer questions remaining after the performance. 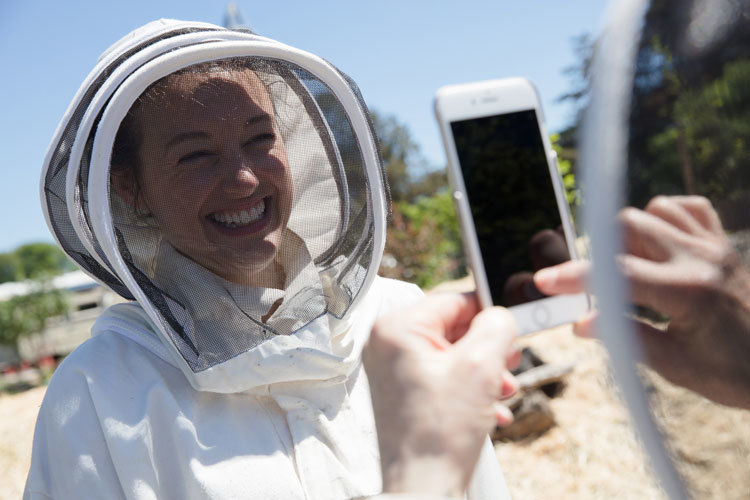 Dana Green and other members of the cast and creative team visited an apiary as part of their research for Constellations. For more, visit the blog post about thier trip: Constellations Team Visits an Apiary 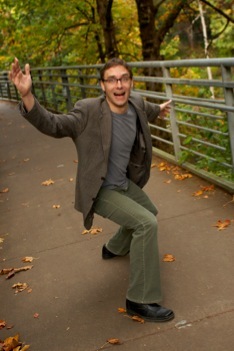 Joel Franklin is a Professor in the Physics Department of Reed College. His work focuses on mathematical and computational methods with applications to classical mechanics, quantum mechanics, electrodynamics, general relativity and modifications of general relativity. He is the author of three technical books on physics: Advanced Mechanics and General Relativity (2010), Computational Methods for Physics (2013), and Classical Field Theory (2017) - all published by the Cambridge University Press. 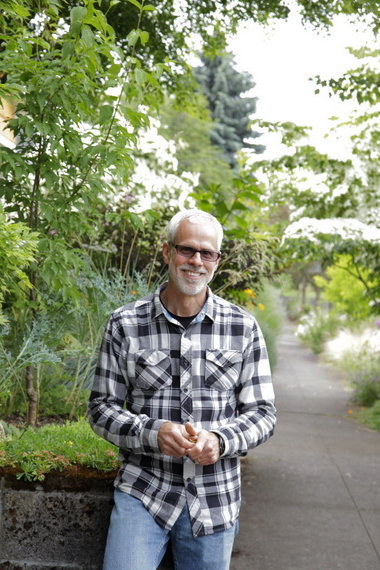 Tim is an instructor and mentor for the Oregon Master Beekeeping program and is currently conducting multiple field trials for increasing forage and testing for pollinator health with the OSU Bee Lab and the Port of Portland.He was one of the founding members and a former President of the Portland Urban Beekeepers and currently sits on the executive board of the Oregon State Beekeepers Association (OSBA). Additionally, Tim serves on the advisory committee for the Multnomah County Vector Control and Code Enforcement Department and is also a member of the Sabin Neighborhood Association and a member of the Portland Fruit Tree Project.