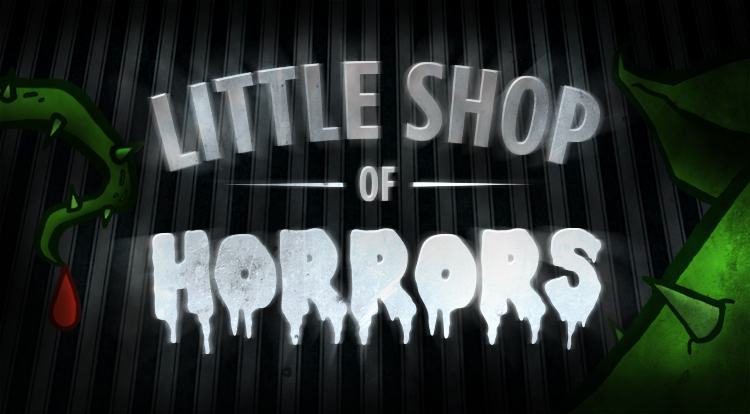 Science fiction, fantasy, and their many sub-genres have historically been challenging for theatre artists to present on stage, but Little Shop of Horrors can nonetheless be counted among a lineage of plays that did so with triumphant imagination before the musical appeared in 1982. Here are 5 noteworthy moments plucked from sci-fi theatre history.

1610: William Shakespeare writes The Tempest. This romantic tragicomedy takes place on a mystical island populated by sprites, sorcerers, and shipwrecked sailors. The plot twists hinge on the interplay of magic and scientific knowledge, and the supernatural elements of the world provide symbolic complements to this story of love, power, and redemption. Many critics have come to read The Tempest as a prototype of the theatre pointing the way toward speculative fiction, and the 1956 classic sci-fi film Forbidden Planet is overtly analogous to Shakespeare’s play.

1913: The Russian Futurists, a group of iconoclastic artists paving new paths for performance, present Victory Over the Sun, an opera written in an invented language by Mikhail Matiushin and Alexei Kruchenykh. In the opera, the sun is ripped out of the sky and buried by The Strong Men of the Future. A time traveler appears with news from other eras, and great machines like airplanes crash onto stage. With abstract, out-of-this-world costumes by the soon-to-be-legendary Kazimir Malevich, Victory Over the Sun completely bewildered audiences with its depiction of alternate worlds and unrecognizable futures. Simultaneously, the Italian Futurists were generating a new breed of ultra-brief performance art pieces known as sintesi, which showcased their love of speed, technology, and all things futuristic.

1920: Czech writer Karel Čapek presents his play R.U.R., which stands for Rossum’s Universal Robots. Čapek effectively coined the word “robot” for this play, though a contemporary lexicon would likely call his robots “cyborgs.” The play follows the proliferation of sentient humanoid machines as they overtake and eventually eradicate the human race. A dark parable of both fascist conformity and technological hubris, Čapek’s work was both visionary and prescient.

1920: German Expressionist dramatist Georg Kaiser completes Gas II, the final installment of an epic trilogy tracing the descent to apocalypse. In this last episode, human beings have been flattened into becoming no more than labor functions, and identity is reduced to costumed color-blocking (i.e., the Blue or Yellow Figures). Kaiser’s characters speak in exclusively technological garbles and in dizzying fits of ovoid phrases with syntax that recalls the voices of spaceship computers from 1970s sci-fi epics. This otherworldly (yet all-too-real) play ends with an explosive release of poison gas that destroys the universe.

1929: Russian avant-garde pioneer Vladimir Mayakovsky produces his play The Bedbug, which satirizes the failures of Soviet bureaucracy and the increasing conformist orthodoxy of the Communist state. The play follows Prysipkin, a man who winds up frozen in ice for fifty years and, once he has been thawed, finds the future to be a strange new world, devoid of nature and absurdly mechanical. He is kept like a zoo animal, caged and probed by scientists looking to learn about the human species’ behavior before their dystopian “evolution.”