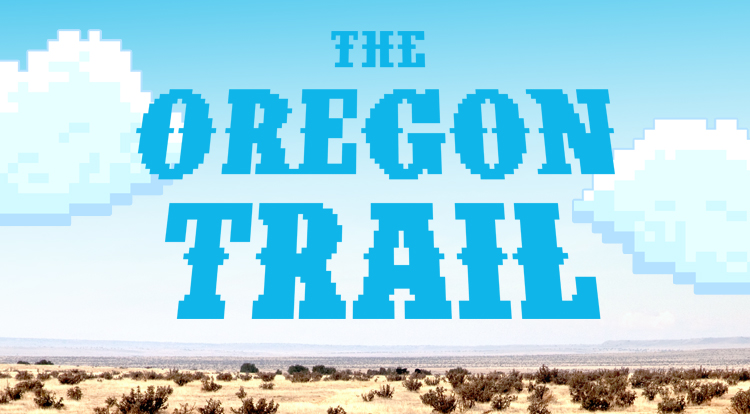 President Thomas Jefferson purchased the Louisiana Territory from France for $15 million or 3 cents per acre. Spanning from the Mississippi River to the Rocky Mountains and from the Gulf of Mexico to the Canadian border, the deal more than doubled the size of the US. The purchased land represented part or all of 15 current US states.

Jefferson enlisted Meriwether Lewis and William Clark for a controversial expedition to explore the Pacific Northwest lands and claim them before the Europeans could. The Lewis and Clark (or Corps of Discovery) Expedition strengthened America’s claim to “Oregon Country” (contested lands of OR, WA, ID and parts of MT and WY). Their trail, however, was not feasible for pioneer families and wagons to navigate.

Robert Stuart, a member of John Jacob Astor’s Astoria venture, led an overland party from Fort Astoria, Oregon to St. Louis, Missouri and discovered the South Pass. In essence, Stuart blazed the path of the future Oregon Trail, only in reverse. While knowledge of the South Pass will remain a well-kept secret for the next 12 years, it’s discovery was crucial. The South Pass was a direct land route to the west with a gentle grade. Located between the Central and Southern Rocky Mountains, it was the only means by which a wagon could cross the Continental Divide.

Marcus and Narcissa Whitman were Presbyterian missionaries who travelled the 4,000 miles from New England to establish their mission near Walla Walla, WA and serve the Cayuse Indian tribe. Narcissa was one of the first two white women to cross the continent overland and she had the first child born of American parents in Oregon Country. The Whitman Mission was an important stop for weary pioneers as many were short on food by the time they’d crossed the Blue Mountains. Sadly, the Whitman’s and eleven other emigrants were killed in an Indian massacre on the mission in 1847.

With the promise of 320 acres of free land per man (with an additional 320 acres if married), the first major train of 200 wagons and 875 people (perhaps 75% women and children) attempted the Oregon Trail. Oregon-bound settlers would pass through the current states of MO, KS, NE, WY, ID (and sometimes WA) before they arrived in the Willamette Valley.

First coined by journalist John O’Sullivan, the term referred to a belief on the part of many Americans that it was the US’s destiny and duty to expand and conquer the West in the name of God, nature, civilization and progress.

John Charles Fremont published his Fremont’s Report of the Exploring Expedition to the Rocky Mountains in the Year 1842, and to Oregon and North California in the Years 1843-’44 and set off a tidal wave of interest in westward migration with his romanticized depiction of the West. The number of people interested in attempting the Oregon Trail turns from a trickle into a torrent.

A border war was fought with Mexico after the US had claimed Texas as a state in 1845. Following the war, the US paid $15 million to Mexico for the territory that would later become CA, NV, AZ, UT and parts of CO, NM and WY.

The question of title to Oregon Country was settled between Great Britain and the US on June 15. The territory included OR, WA, ID and parts of MT and WY.

Using a flawed guidebook, the Donner wagon train arrived too late in the season to cross the Sierra Nevada Mountains into California and was trapped for an especially violent period of winter weather. Of the 80 stranded emigrants, including 41 children, only 26 survived the three-and-a-half-month ordeal. The party is legendary for the stories of desperate families resorting to cannibalism.

The year “Then Jane” embarks on the trail but, in reality, a relatively low traffic year on the actual Oregon Trail. Many men had gone to fight in the Mexican-American War plus news of the Donner Party horror had taken a good year or more to reach the mid-West States and people were understandably frightened by the news of the difficulties of the trail.

Twenty-five thousand “49er’s” hit the Oregon Trail but diverge from the trail in Utah to continue on southwest and make their fortunes in California.

With the opening of the railroad, the journey that had once taken months by wagon train now took only days. The era of The Oregon Trail comes to a close.