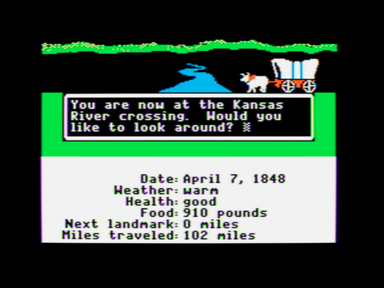 From the Oregon Trail Generation: Life Before And After Mainstream Tech:

We’re an enigma, those of us born at the tail end of the 70s and the start of the 80s. Some of the “generational” experts lazily glob us on to Generation X, and others just shove us over to the Millennials they love to hate – no one really gets us or knows where we belong.

We’ve been called Generation Catalano, Xennials, and The Lucky Ones, but no name has really stuck for this strange micro-generation that has both a healthy portion of Gen X grunge cynicism, and a dash of the unbridled optimism of Millennials. 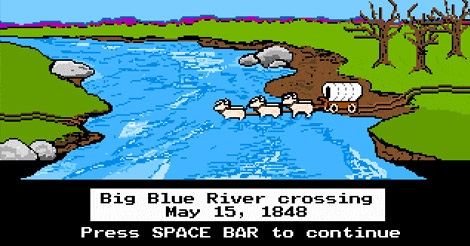 A summary of Millennials, told in short story form; titled “About ‘Jessica’” as it is one of the most popular names given to girls born in the 1980s and 1990s.

From The Millennial Generation Research Review-

Jessica earned her first soccer trophy while she was still in nursery school. The soccer trophies and medals kept on coming, as did the ones for swimming, karate, basketball, Girl Scouts, and debate. She has been encouraged to be anything she wants to be. Because of the almost constant support she receives and her full schedule, she craves lots of attention in the form of praise and feedback. Her baby boomer parents shower her with attention and consult her about what restaurants the family visits and where they will go on vacation.

Jessica has a full collection of Beanie Babies. She and her parents would discuss which were the most coveted ones when they would drive her to school in the morning. Then, her parents would surprise her with these collectibles after purchasing them online, some at hefty prices! They are now neatly stored in her parents’ attic for the time she has a child or house of her own.

Upon college, she expects a return on the investment in her tuition to be a minimum of a 3.6 GPA. Her Gen X+ professors want her to earn it. The transactional perspective on education typical of her generation is a harsh disconnect with her instructors.

Her college’s family engagement center enlightens instructors of this new student philosophy and encourages instructors to provide students more leeway than past cohorts. Professors endeavor to relate to and educate this new student and are humored by the continuing reminders of not using Wikipedia as an annotation source.

Jessica thinks that she will be in the top 20% of graduates in her class. The problem is that 66% of her peers think so too. That expectation later leads to some anxiety and a bit of depression, which concern her parents. They continue to support her and with the school find her a therapist to build up her usual hopefulness.

Jessica has a hard time finding a paying professional job upon graduation and wonders how she will afford her shared apartment and pay her remaining student loan debt. Once her unpaid internship does not result in a job, she moves back in with her parents.

Jessica acts quickly to a text from her friend Michael (the name given to more babies born in the 1980s and 1990s than any other) that his organization is hiring. Happily, she interviews and receives an offer with a fine starting salary. She verifies with her potential employer that she can still make her Wednesday late afternoon volleyball games and consults with her mom about the offer before accepting.

Her manager, who is 49, appreciates her enthusiasm and energy. Jessica clearly wants to be competent and successful. And while she can manage multiple tasks at once, her manager sees her missing some important information in meetings and wants her to improve her client relationship skills.

Lucky for Jessica, her manager has received training on how to coach his employees, particularly Gen Yers. Jessica has appreciated her manager’s support, and their relationship is positive. Jessica told her parents the company is OK, but her manager is great, so she plans to stay a while. She is enjoying the feeling of stability. Her manager invests extra time in providing more context, interim goals, and plenty of feedback. The payoff is that Jessica is receptive and very open to developing her skills and is looking forward to her mentoring relationship with a director in another department. The director is also looking forward to a fruitful and informative alliance.

Many of Jessica’s friends are still looking for jobs, so she feels lucky. A few are going back for their master’s degrees. She’d like to increase her education one day as well. She texts her friends about her volleyball win and tweets that her company just launched a great new product and suggests they try it out.

Notes From “Amid the Stereotypes: Some Facts About Millennials” (NPR)