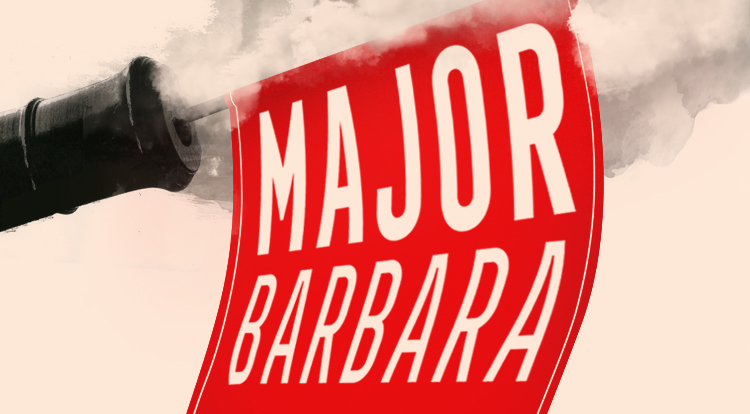 George Bernard Shaw
Playwright
George Bernard Shaw (1856-1950), the acclaimed dramatist, critic and social reformer, was born in Dublin where he grew up in an atmosphere of genteel poverty. He attended four schools and was tutored by a clerical uncle, but left his formal schooling behind him at the age of 15. Shaw declared himself a socialist in 1882 and joined the Fabian Society in 1884; soon he distinguished himself as a fluent and effective public speaker and an incisive and irreverent critic of music, art and drama. Shaw’s first play, Widowers’ Houses, was produced privately in 1892 and was followed by The Philanderer and Mrs. Warren’s Profession. More palatable, though still rich with challenges to conventional middle-class values, were his Plays Pleasant (1898) which included Arms and the Man, Candida, The Man of Destiny and You Never Can Tell. In 1897 Shaw attained his first commercial success with the American premiere of The Devil’s Disciple, which enabled him to quit his job as a drama critic and to make his living solely as a playwright. Among his plays presented at the Royal Court Theatre were the premieres of John Bull’s Other Island (1904), Man and Superman (1905), Major Barbara (1905) and The Doctor’s Dilemma (1906). Pygmalion, by far his most popular work, was first performed in 1913. During World War I, Shaw’s anti-war pamphlets and speeches made him very unpopular as a public figure. In Heartbreak House (1920), he exposed the spiritual bankruptcy of the generation responsible for the carnage. Next came Back to Methuselah (1922) and Saint Joan (1923), acclaim for which led to his receiving the Nobel Prize for Literature for 1926. Shaw continued to write plays and essays until his death in 1950 at the age of 94.

Chris Coleman
Director
Chris joined Portland Center Stage at The Armory as artistic director in 2000. Before coming to Portland, Chris was the artistic director at Actor’s Express in Atlanta, a company he co-founded in the basement of an old church in 1988. Chris returned to Atlanta in 2015 to direct the world premiere of Edward Foote at Alliance Theatre (Suzi Bass Award for Best Direction, Best Production and Best World Premiere). Other recent directing credits include the Off-Broadway debut of Threesome at 59E59 Theaters; a production that had its world premiere at The Armory. Favorite directing assignments for The Armory include Fun Home, Constellations, Astoria: Part One and Two (which he also adapted), A Streetcar Named Desire, Ain’t Misbehavin’, Three Days of Rain, Threesome, Fiddler on the Roof, Clybourne Park, Shakespeare’s Amazing Cymbeline (which he also adapted), Anna Karenina, Oklahoma!, Snow Falling on Cedars, Crazy Enough, King Lear, Outrage and The Devils. Chris has directed at theaters across the country, including Actors Theater of Louisville, Oregon Shakespeare Festival, ACT Theatre (Seattle), The Alliance, Dallas Theatre Center, Pittsburgh Public Theatre, New York Theatre Workshop and Center Stage (Baltimore). A native Atlantan, Chris holds a B.F.A. from Baylor University and an M.F.A. from Carnegie Mellon. He is currently the board president for the Cultural Advocacy Coalition. Chris and his husband, Rodney Hicks — who recently appeared on Broadway in the musical Come From Away — are the proud parents of an 18-lb Jack Russell/Lab mix and a 110-lb English Blockhead Yellow Lab. For the past three years, Chris has had the honor of serving as the director for the Oregon Leadership Summit.


Sarah Hughey
Lighting Designer
Sarah Hughey is glad to be returning to The Armory after designing lights for A Christmas Memory/Winter Song. Design credits include Blair Thomas & Company, Steppenwolf Theatre, Lookingglass Theatre Company, City Theatre Company (Pittsburgh), Kansas City Repertory Theatre, The Black Rep (St. Louis), Writers Theatre, Northlight Theatre, Victory Gardens Theater, and many little rooms across Chicago. In the Portland area, Sarah has designed pieces at Northwest Childrens Theater, Enlightened Theatrics and the Pacific Northwest College of Art. Ms. Hughey is the recipient of a Joseph Jefferson Award and the Michael Maggio Emerging Designer Award at the Michael Merritt Awards for Design and Collaboration. She has taught lighting design at Northwestern University, Columbia College Chicago and Willamette University. She holds an M.F.A. from Northwestern University and is a member of USA Local 829. Ms. Hughey lives in Portland. skhugheylighting.com

Casi Pacilio
Sound Designer
Casi’s home base is The Armory, where recent credits include Kodachrome, A Christmas Memory/Winter Song, Lauren Weedman Doesn’t Live Here Anymore, Wild and Reckless, His Eye is on the Sparrow, The Oregon Trail, Little Shop of Horrors, A Streetcar Named Desire, Great Expectations; A Small Fire and Constellations with composer Jana Crenshaw; and 11 seasons of JAW. National shows: Holcombe Waller's Surfacing and Wayfinders; Left Hand of Darkness, My Mind is Like an Open Meadow (Drammy Award, 2011), Something’s Got Ahold Of My Heart and PEP TALK for Hand2Mouth Theatre. Other credits include Squonk Opera’s Bigsmorgasbord-WunderWerk (Broadway, PS122, national and international tours); I Am My Own Wife, I Think I Like Girls (La Jolla  Playhouse); Playland, 10 Fingers and Lips Together, Teeth Apart (City Theatre, PA). Film credits include Creation of Destiny, Out of Our Time and A Powerful Thang. Imagineer/maker of the Eat Me Machine, a dessert vending machine.

Mary McDonald-Lewis
Dialect Coach
Mary McDonald-Lewis has been a professional artist since 1979. She resides in Portland, Oregon, and is an international dialect coach for film, television and stage. She also works as a voice actor, on-camera actor, stage actor and director. Major Barbara is MaryMac's 31st show with this company. You can also hear her work at Artists Repertory Theatre, where she is the resident dialect coach, and on other stages around town. She is deeply grateful to the patrons and audience members of The Armory, whose support allows the theater to provide her services to the actors. MaryMac holds her M.F.A. in directing from the University of Portland. She loves what she does, and she thanks Sullivan and Flynn for always wagging their tails when she comes home. marymac.com

Barbara Hort, Ph.D.
Consulting Dramaturg
Barbara Hort, Ph.D., has maintained a private practice in Portland for over 25 years, working primarily from the psychological perspective developed by the Swiss psychoanalyst Carl Jung. At the invitation of Chris Coleman, Dr. Hort has served as a dramaturg on The Armory productions of Sweeney Todd, Clybourne Park, the 2013 JAW festival, Fiddler on the Roof, Othello, Dreamgirls, Threesome, Three Days of Rain, Ain’t Misbehavin’, A Streetcar Named Desire, Astoria: Part One and Two, Constellations and Fun Home providing material on the psychological dynamics of the play that can be used by the artists who are creating the production.

Kristen Mun
Stage Manager
Kristen is originally from Hawaii and holds a B.F.A. from Southern Oregon University. She is excited to return for her fifth season at The Armory. Previous credits at The Armory include production assistant on Fiddler on the Roof, LIZZIE, Threesome, Three Days of Rain, Forever, Each and Every Thing, A Streetcar Named Desire, Hold These Truths and His Eye is on the Sparrow; stage manager for Constellations; and assistant stage manager for Fun Home and Astoria: Part Two. Outside of Portland, she has worked at Actors Repertory Theater of Idaho, Actors Theatre of Louisville and Oregon Shakespeare Festival. Kristen is forever grateful to Adam and her family for their love and support.

Jordan Affeldt
Production Assistant
Jordan is a stage manager from the small mountain town of Julian, CA. This is her first season at The Armory as a stage management apprentice, where credits include Fun Home, A Christmas Memory/Winter Song, Kodachrome, Major Barbara and Lady Day at Emerson’s Bar and Grill. Prior to coming to The Armory, she completed internships at Pacific Conservatory Theatre (assistant stage manager for Beauty and the Beast, Lend Me a Tenor, You Can’t Take it With You), Shakespeare Theatre of New Jersey (assistant stage manager for Coriolanus), and ion theatre company (production assistant for Sea of Souls). She received her undergraduate degree from Northern Arizona University, majoring in theater studies and psychology. She spends her free time playing and writing music in the Portland area.